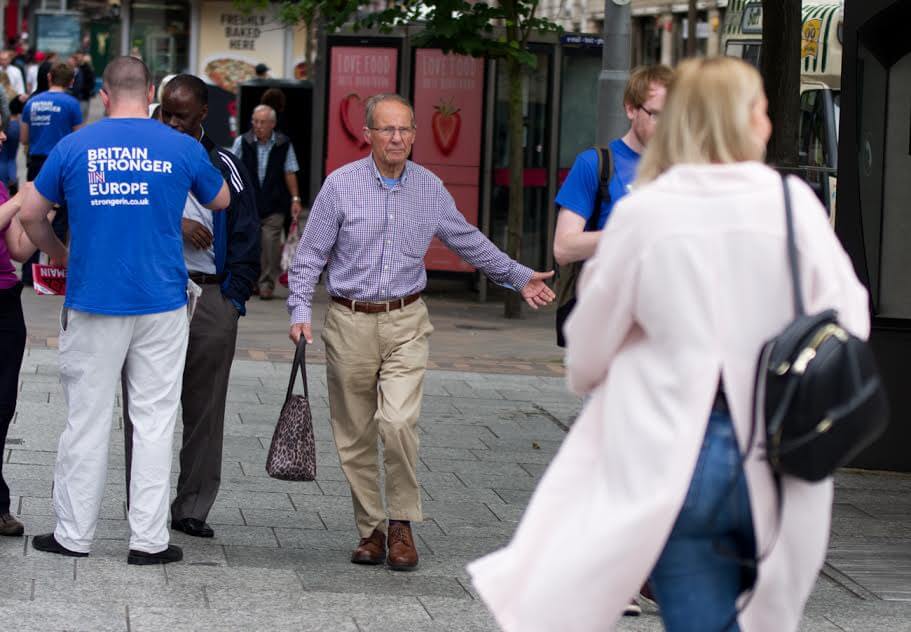 Our political vacation has ended before it even began. The same thing has happened in Britain as is happening everywhere else in the West—we are witnessing the ultimate collapse of the political mainstream. Once it was politicians like Trump, Kaczynski, or Le Pen who were unelectable, but today the mainstream has taken their place. Austria was saved from the far right by a politician who is also outside of the mainstream. Other countries will now face victories by populists and populist political projects like Brexit.

[easy-tweet tweet=”We are witnessing the ultimate collapse of the political mainstream. “]

The globalization of the economy and the non-globalization of politics culminates with the undermining of the principle of demos kratos, that is with depriving the people of influence. And that is the sole basis of democracy—the people’s influence. Influence is left only on the part of the populists, because only they can affect any change—through destruction. This is why only they are credible no matter if they lie or not. Brexit is the punishment for the long term situation that was evident already in the most recent European elections in 2014, when it was evident who would become the head of the EU commission, who would lead the EU parliament, and which of its factions would be the largest even before any votes had been cast. This type of situation is highly irritating to the common citizen. The only means of maintaining one’s dignity is to protest and vote for someone like Farage. Brexit is Farage’s second victory after his success in the UK’s European elections, similar to that of the National Front in France.

Just as no one, not even bookies, believed that Brexit was an actual possibility, no one really believes that Trump can win in the United States, something that I think is a done deal. How is the EU to survive if it is full of ascendant populists and finds itself unable to deal will either the economic crisis or the refugee crisis (while being surrounded by hundreds of millions of hungry people and dozens of wars), or with internal and external terrorism, and it has now begun to fall apart?

The UK can do without the EU, but the EU can’t do without the UK. Unlike the EU, Great Britain is an island, and its language is spoken all over the world (it will remain in the EU after Brexit). The British have nuclear weapons, so they can afford Brexit, even if they will have to bear certain costs. But they will do in their allies on the Continent in the process. And that fact was the major concern for British politicians who wished to stay in the EU. But because Great Britain has decided to become a second Switzerland, that is what it will be. It may even come to resemble Switzerland in shape if Scotland leaves, unless Scottish Euroenthusiasm dies off now that the English have put a knife in the EU’s back.

Today Cameron is going down in history as the greatest dope and pest of the 21st century. Solely in order to skim off some votes from his UKIP rivals, he let the genie out of the bottle in a move that will destroy the EU and lead to global destabilization. In future history textbooks, the chapter that begins with 1989 will end with a photograph of Cameron.

Up until now the UK has played an important role as a counterweight to Germany, but now Germany is left as the sole pole of the EU and is forced to assume a leadership role whether it wants to or not. The problem is that the remaining EU member states will not allow for German leadership. The heads of miniature empires such as Hungary, the Czech Republic, Slovakia, and Poland will stand in firm opposition led by theirs micro-führers. Today it is that global geopolitical map that is regaining currency at the expense of the European geopolitical map. The nationalists of small nations—what a grotesque construction—are leading their countries down a straight path towards further catastrophes in their sad histories, in which they appear and disappear from the map like television ads.

To make this all the more tragic, the EU could of course still save itself and come to its senses, compensating for the losses caused by Brexit by transforming the current situation into an opportunity for true integration, something which had up until now been blocked by the UK. If the EU were to undertake a true jump in integration, giving EU institutions real authority, creating common fiscal, defense, and energy policies while at the same time pursuing democratization (along the lines of “one citizen—one vote,” without all of those algorithms and allocations that render the EU completely incomprehensible to most people), then Europe could finally emerge as a strong actor in international affairs—probably even stronger than the wheezing and sloppy Union that included Great Britain, although the UK was never within the Schengen Zone.

For Poland’s ruling Law and Justice party Brexit is a neutral development. Kaczynski cares about who holds power between the Oder and the Bug. International relations and the economy concern him only so far as they do not interfere with his own power and his desire to impress his ambitions onto the monument of Polish history. Whether the country he riles is losing influence abroad and seeing a decline in its international security is not a major concern for him. For Kaczynski a decided benefit of Brexit is the fact that the EU will now get off of his back. Both sides should now come to an agreement, dress the Polish status quo up in some costume of compromise, and wash their hands.

The greatest winners in this situation are neither Great Britain nor the proponents of Brexit, but rather Russia and Putin.

The greatest winners in this situation are neither Great Britain nor the proponents of Brexit, but rather Russia and Putin. It is not a coincidence that all currencies all falling against the dollar except for the ruble (even the Swiss Frank would have depreciated significantly if not for the intervention of Switzerland’s central bank). Russia is less important on the map of Europe than it is on the map of the world. The EU’s weakness is Russia’s strength. Today, Russia’s importance has jumped significantly, and our security has decreased significantly. In the race between Russia and the EU to see who will collapse first, the EU has just lapped Russia and is inching towards the finish line.

In the immediate future the EU will face a serious dilemma: should it allow Great Britain to withdraw from common structures only to a limited extent and so send out a signal to all Euroskeptics that they can do as they please? Or should it present the UK with serious consequences and not allow for a Brexit that will leave Britain with the benefits of integration while releasing it from the costs?

It will now be a little awkward to use English in the EU. Unless the drowning Union can grab one last gasp of air and save itself somehow, and then use its new lease on life to build the third largest country in the world, whose administrative language will be English—the United States of Europe. But I don’t believe that that is possible anymore.

A version of this article originally appeared on Project Syndicate.