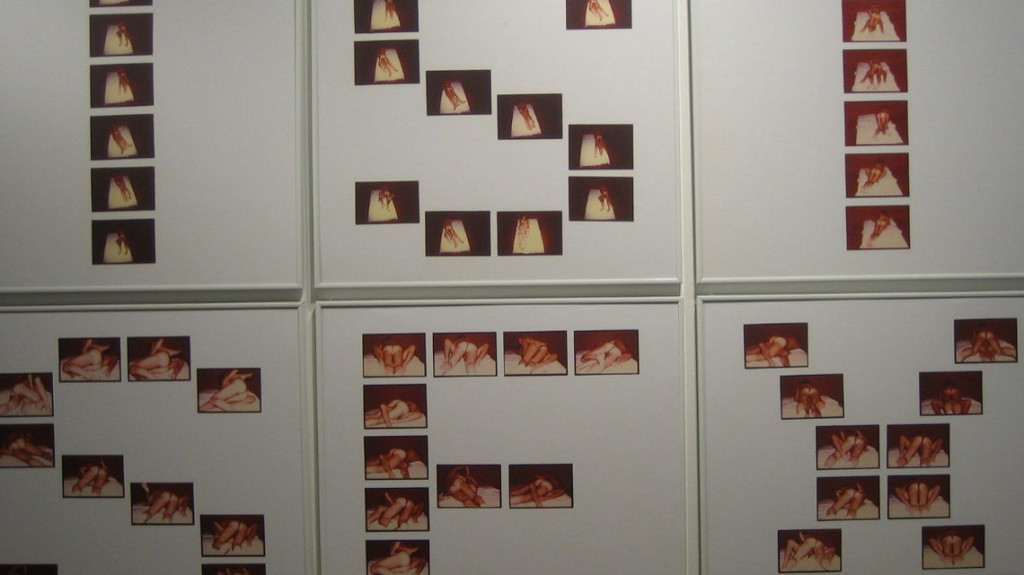 [dropcap]T[/dropcap]he exhibition by the renown Polish artist Natalia LL has been hanging in the regional gallery of the small town of Zlín for two months already. Two weeks ago, however, the political representatives of the region suddenly decided to close it down claiming it was pornography not worthy of public funding. The work that the authorities found especially scandalous titled Natalia ist sex (1974) was displayed as a text on the wall. The letters of the text were made out of more or less pornographic images of a couple making out.

The loudest critics of this decision were art experts rightly angered by the narrow-mindedness of the political elites who failed to distinguish between pornography aimed simply at sexually arousing its recipient and an artistic statement oscillating between hedonism, self-irony and social critique. Moreover, the right-wing opposition politicians, using their usual anti-communist rhetoric, accused the city representatives, members of left-wing parties (Communists and Social Democrats) of bringing censorship strategies associated with the former regime back to life.

[quote align=’left’]The scandal in Zlín ended up as a farce displaying in full view the conservatism and narrow-mindedness of our political representatives. [/quote]Surprised at the extent of public indignation, the regional representatives softened their language, saying they only “suggested” that the show be closed down. So it was opened again. In the end, the whole incident actually brought more visitors and made the exhibition quite popular.

The scandal in Zlín ended up as a farce displaying in full view the conservatism and narrow-mindedness of our political representatives. However similar acts of censorship by state institutions have become more frequent in recent years and most of them do not have such a happy ending. Shallow anti-communist reasoning cannot be after all so effectively used in cases of censorship by right-wing politicians. A case in point is the 2008 project by the group Guma Guar for the Artwall gallery located in Prague’s public space. Showing portraits of renown businessmen criminals with political connections with the motto “We are all part of the national team”, the aim was to parody the campaign for the Olympic games to take place in Prague launched by the city. In reaction to the posters, the city councilors from the conservative Civic Democratic Party decided to close down the gallery where the exhibition was taking place. It could only be reopened three years later after a new city council took office.

The almost immediate re-opening of the Natalia LL display can be also attributed to the fact that the Czech society is generally quite tolerant of issues of sexuality – something Zlín’s short-witted regional representatives failed to take into account. The real victims of state abuse are usually art works that deal with far more sensitive issues of national identity, national history and our own problematic coexistence with various minorities.

The greatest debate by far was initiated last summer by the Slovak artist and activist Tomáš Rafa who decided to show a series of flags that merged the Czech Republic’s red, white and blue standard design with the international Roma flag which is blue and dark green with a wheel in the middle. As a part of the project called Competition for the New Czech-Roma Flag, the public were invited to vote for the best version. The winning flag was supposed to be offered to the Czech government for its consideration. Rafa’s declared aim was to create a dialogue about patriotism, nationalism and tolerance toward minorities in the Czech Republic that has seen widespread anti-Roma protests in the past few years. Indeed, the project incited a tumultuous debate among the Roma, the art community as well as the wider public. While many Roma rejected the work as provocation and the art experts questioned its artistic value, the right-wing extremists vandalized some of the flags and filed a complaint for “defamation of the Czech flag”. Unfortunately, the complaint was upheld and Rafa was issued with a fine of 2,000 CZK by Prague 7 authorities. In the end, the project served as a perfect projection screen reflecting prevalent anti-Roma sentiments of Czechs, elitism of the local art community and the understandable fear felt by the Czech Romas themselves.

[quote align=’right’]The real victims of state abuse are usually art works that deal with far more sensitive issues of national identity, national history and our own problematic coexistence with various minorities. [/quote]The nationalist outlook and conservative tendencies persistent among our political representatives were only affirmed six months later in the neighboring Slovakia. Interestingly, the scandal has also involved the Czech flag as a state symbol. At stake was an art work CZ_SK_HU_D_PL by the Slovak artist Dalibor Bača, displayed as a part of the show Private Nationalism that precisely attempted to tackle various forms of nationalism. In his projects Bača consistently deals with the common Czechoslovak past, in this case represented by the flag that was originally Czechoslovak, not Czech.

Displayed as a kind of doormat at the entrance of the gallery, the visitor had to choose whether to step on it or avoid it. The work has apparently touched the patriotic feelings of the Czech ambassador to Slovakia and the wife of our former president Václav Klaus, Lívia Klausová. She turned to the Ministry of Culture of Slovakia and, as a result of her intervention, the public funding already assigned to the show has been withdrawn. It turned out we were too nationalist to endure art critically tackling nationalism.

The ridiculous battle of Czech politicians against critical art that targets their own hypocrisy is lost in advance given the general distrust of political elites. Much more dangerous is the way the Czech state institutions see their role as guardians of the “purity” and inviolability of national identity and its symbols. Their refusal to support art projects that generate debates about the repressed issues of national identity is in keeping with the prevalent mood of the general public not ready to face problems such as the omnipresent discrimination of Roma or the more problematic aspects of the Czech-Slovak coexistence in one state. At stake is the traumatic past we prefer not to discuss – be it the persecution and extermination of Roma during the WWII by native Czechs or the patronizing attitude toward our Slovak neighbors. Without such discussion, however, we won’t be able to deal with the constantly rising xenophobia, nationalism and racism that the Czech society has been suffering from during the last twenty years and that must have something to do with the selective view on our own history.