Charta 2020 is a vision for a democratic and egalitarian European Union and a demand to recognize 20 European public goods that would get us there. Charta 2020 is promoted by Agora Europe and has been collectively written by several dozen international activists and academics. It outlines the conditions for European integration across 20 public goods that we Europeans should endorse to make Europe a better and safer place for all citizens and residents.

Do you want to play a key role in enhancing democracy in the EU? Do you want to actively contribute to shaping the European political space of the future? Then take charge yourself! Endorse Charta 2020! 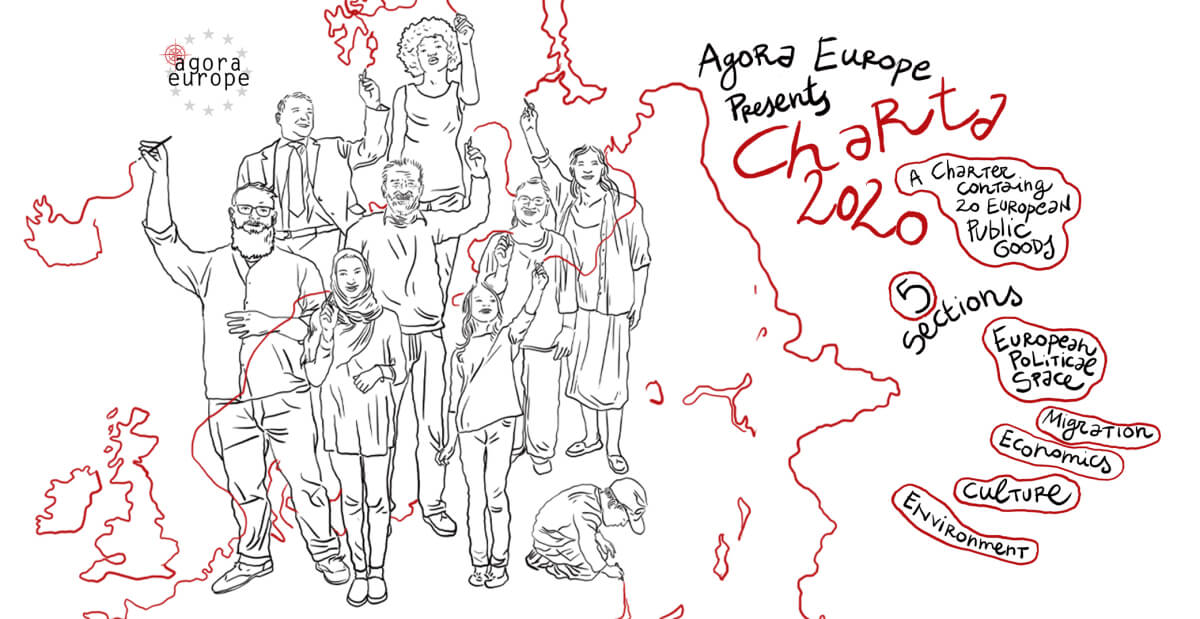 We, the citizens of Europe, believe that our European unity and our citizenship are intertwined and do not rest solely on fundamental individual rights nor on treaties between democratic states, but on some more basic and concrete public goods, which ask to be defined, declared and protected. This has been the very purpose of the European Union since its inception: to create and sustain through time some vital public goods and promote them globally.

By definition, a public good is a good that eludes both rivalry and exclusion; a good made available to everyone so that their enjoyment does not rest on competition and does not involve exclusion. Public goods are predicated on the principles of non-exclusion and non-rivalry. This amounts to saying that even those parts of a society that have not directly participated in the definition and actualization of these public goods can benefit from them.

Charta 2020 defines some of the main European public goods. We believe they are at the heart of Europe’s purpose and its commitments towards its citizens. We think they should become an object of debate at all levels of society in Europe. This Charter offers a new frame of discussion to elaborate and propose a new agenda for the EU in the next decade. It advocates a renewed EU commitment by enabling its citizens to collectively create and sustain those public goods that underpin their commitment to the European project.

An essence of self-government, public goods could through time become objects of our political desire. Today, this aspiration is stifled by technocratic governance from above and by ethno-nationalism from below. Against both agendas we believe that the discussion on the European public goods belongs to the arena of politics. It belongs to the EU political space and to us citizens as its primary actors.

The full text of Charta 2020 is available in: