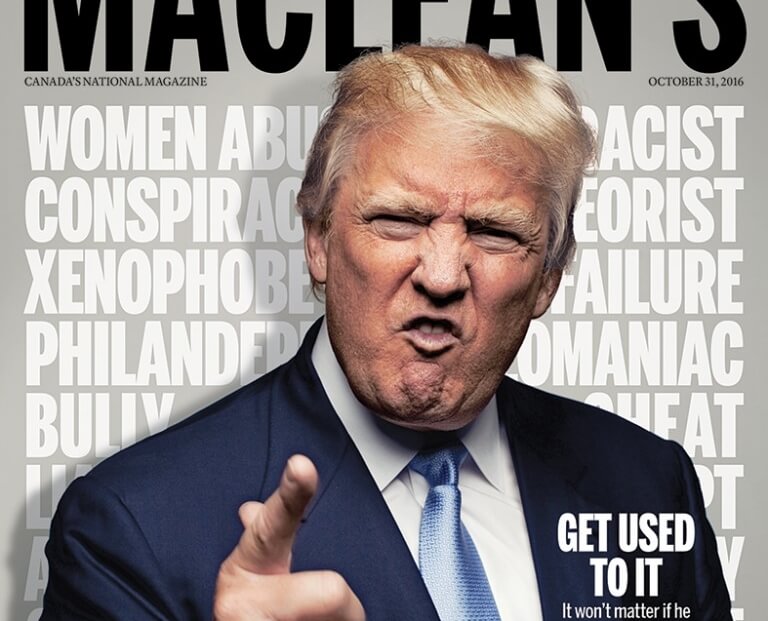 President Trump’s inauguration ceremony was a flop, at least within the parameters of the universe most of us live in. A universe, it turns out, not shared by Trump and his Press Secretary Sean Spicer. America is getting its first glimpse into the wonderful world of alternative facts,  coming from the highest level and it honestly seems a bit shocked. But worry not dear, poor America: you are not the first nor the last. We have been there. We can share survival tips.

For starters, there are historical precedents. When the then-President of the Czech Republic Václav Klaus decided to employ known conspiracy theorist Petr Hájek, most famous for denying evolution, claiming that 9/11 was an inside job, and accusing the late Havel of having been a servant of Satan, he left more than a few heads scratching. Hájek, however, possessed a very useful ability: should it ever become necessary to draw the media’s attention, he could always give an interview and bleat something about the Antichrist among us. And then shock and awe would follow.

It was not that what he claimed was particularly interesting or original; the trick was doing it from a position of authority.

This man worked directly for the president – and because of that, when he spouted his drivel, the media listened because they simply could not afford to ignore him, especially with the appeal of pure, unadulterated bullshit being so high to audiences. Remove the authority, however, and you get just another conspiracy nut job with a blog. Which, coincidentally, is exactly what became of Hájek.

Now, it seems President Trump possesses a pet lunatic of his own in the person of his Director of Social Media, Dan Scavino. Hoaxes, conspiracy theories, smear campaigns, he has shared it all. The  biggest challenge he has faced was to defend his lord and master after Trump retweeted an image from a white supremacist message board. Trump’s campaign placed heavy emphasis on social media and there was no indication this would stop once he came in power – so it will be quite a surprise  if we do not hear more of the talented Mr. Scavino in the near future, and quite possibly in a newfound capacity as a sacrificial lamb. The thing about crackpots is that there are always more where they came from.

There is a lesson and a warning in this comparison: people in power always like having an idiot around – and being near that power entitles said idiot to inflict his views on the country. So, dear America, you should prepare for a new onslaught of flashy nonsense.

The most obvious analogy, however, is that between the current presidents of the Czech Republic and the United States. Both President Zeman and President Trump are populists who declare strong pro-Russian views, both love the use of fear mongering and xenophobia to garner popularity and both possess a relationship with facts that can be described as tenuous at best.  They also both employ PR specialists whose job descriptions include publicly ignoring realty.

In spite of rather overwhelming photographic evidence to the contrary, Sean Spicer claims President Trump’s inauguration gathered the biggest crowd ever. It is a public, shameless lie delivered from a position of authority. It is, also, something that the Czech Republic happens to have experience with, especially given the results of last November’s presidential vote gathering tour (above: the official version; below: police camera at the other end of the square). And it is an extremely efficient means of dealing with the pesky media.

Lenin is said to have coined the term “useful idiot” and a tame conspiracy theorist works very well in that role. Presidents Trump and Zeman, however, took this a step further.

What we have in Spicer and Ovčáček is a logical evolution: the professional idiot.

Here is how it works: the president either slips up or unabashedly tells a lie about, say, a historical article that totally exists or the oh-so-huge Chinese investments in the Czech Republic. The Media points it out and in steps Ovčáček, either insisting on the lie, producing an alternative and even more outrageous statement or attacking the media in extremely petty ways. Standard PR practice where the truth does not enter the process at any point, right? But there is a difference: professional idiocy results in the unprecedented presence of Zeman in the media – the Czech Republic is not a presidential system, the man is there literally just to ruin our reputation abroad. Yet his every (mis)step is religiously followed by the media and he uses it to the maximum to voice populist views quite likely to help him in the next election – after all, terror is coming!

The professional idiot strategy works simultaneously as an attention grab and misdirection. Consider President Trump’s inauguration mess. Almost immediately afterward, Trump followed it up with a lie about the popular election – presumably the same invisible crowd present at his inauguration that happened to have voted invisibly by casting invisible ballots into invisible boxes. America’s stealth plane technology has apparently entered the public domain.

Meanwhile, Spicer proves that he is a real pro in the idiot biz by attacking the media and pitching another shovelful of bullshit towards the pile by stating that the inauguration had the largest audience ever, and by the way, why are we still talking about this and can we get to running that pipeline over Sioux sacred grounds again already?

A professional idiot possesses no qualms about ethics or taste and will most certainly not let something as trivial as facts slow him down on his way towards attention. An analogy to the time-honored institution of the court jester comes to mind, although with a rather crucial difference: while in ages past it was the jester’s prerogative to talk smack in the presence of the monarch and to the monarch, it seems a supremely stupid suggestion to have the jester speak for the monarch.

To Wage War on Reality

There is another, altogether more sinister turn to this. A professional idiot’s job (which, at least in some cases, appears to be a hobby as well) is a symptom of society. Post-truth is the buzzword that immediately comes to mind, but there is more. A systematic denial of reality is also a tool of totalitarian propaganda: recall that the crowning achievement of indoctrination is doublethink. This is something professional idiots seem to radiate effortlessly, especially when flocking around politicians with dictatorial tendencies.

It is entirely possible that Spicer cheered along with the invisible crowd at the inauguration, that Zeman and Ovčáček read the article on the bottom left of the page and that Trump has evidence that the popular vote was tampered with by millions of illegal voters. We all do this to some extent – mentally editing experiences and memories to fit our own world-view. It only becomes problematic once the person in question is unaware of the fact…and in possession of power.

Do not worry, America. You will be alternatively fine.