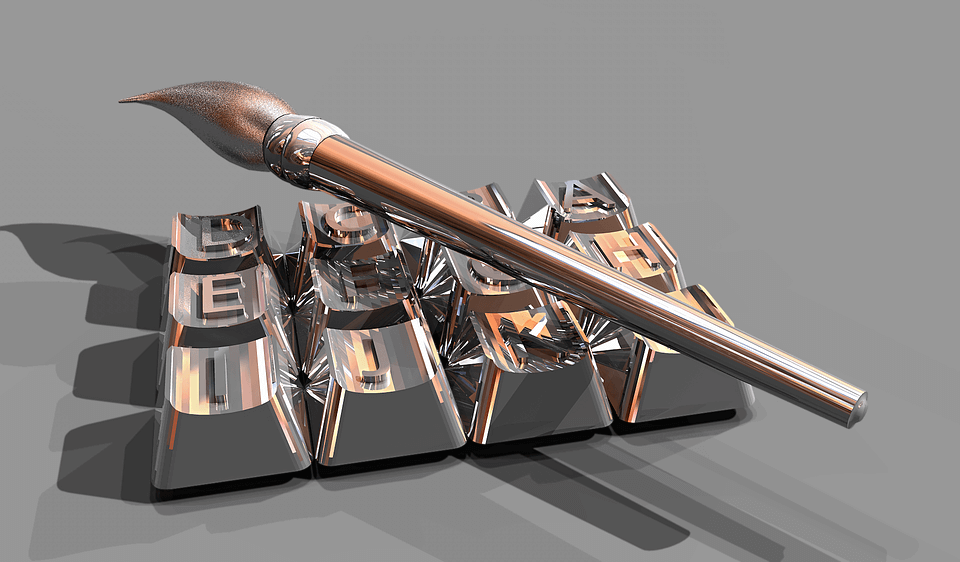 Two years ago, J&T Art Index – the leaderboard of the “top” 100 Czech artists according to a bank – raised a lot of eyebrows and disdain within the contemporary Czech art community. The bank assigned artists points based on rather suspicious criteria: criteria based on information derived from the artists’ and galleries’ websites. For clients of J&T Art Index –social climbers lacking in cultural capital what they possess in financial wealth – this was a clear message informing them that the bank is there to help them, even by overcoming the stigmatizing asymmetry between wealth and taste.

The feeling of dumb objectification I felt, for the first time in the Czech Republic, upon gazing at the J&T index was nothing more than a delayed response to international ratings like Artfacts: Similar leaderboards, be they for artists or sportsmen or something else, are most likely being made by a whole horde of banks and financial institutes. The only apparent difference now between financial institutions and media like J&T is that the financial sector does not boast of their actions, in contrast to media. Times have moved on, and the rating (and the discussion it spawned) now feels like nothing more than a storm in a teacup.

You do not have to understand art

A much more radical step in the objectification of artists is popping up, and is neither imported nor an attempt at trying to catch up with the international standard. This time it is a real Czech innovation, aimed at changing the whole global “game.” The Artstaq startup works on art becoming yet another financial asset traded on the market online, algorithmically, and with unprecedented fluidity. The startup is also developing software capable of estimating the originality of a piece of art; from now on, with the assistance of a handy new software helper, the art trade will no longer burden you with the necessity of having interest in art, or – God forbid – an understanding of it. You do not even need to see the pieces anymore.

It is a story full of dramatic changes that could be both an inspiration and a challenge to get things moving along even faster.

While it may sound like an absurd anecdote, this is definitely not a provincial project that lacks in investors and international buzz. The startup has recently moved its headquarters from Prague to London, in addition to having built an innovation center in Dubai, and yet – rather characteristically – it now only has one IT center in the Czech Republic. Using Fundlift, the project originally gathered 6.65 million Czech crowns, and in 2016 received a 1.25 million dollar investment from LRJ capital, a total amounting to 32 million Czech crowns.

In order to understand what exactly it is that the startup brings to the table, we should revisit the development of contemporary art collecting in the Czech Republic. It is a story full of dramatic changes that could be both an inspiration and a challenge to get things moving along even faster.

In the nineties, the typical way of buying art (perhaps typical is slightly exaggerated) occurred on drunken mornings, in the art studio itself, where the newly rich inevitably ended up after spending the night in the same bar as the artist. The first commercial gallery in Western style – in which the curator takes care of several hand-picked artists whose work he both sells and represents – started to appear after the year 2000. Today, these charming curators, who make their rounds at various international art fairs and occasionally make appearances at company parties (where they enthusiastically enlighten potential clients on the nature of art and arts), are quite familiar to us. The grumblings in regard to art being a commodity does not really interest anyone anymore; even the most critical artists have become accustomed to the pain one experiences upon watching private galleries ingrain themselves within the system of state-run and nonprofit organizations. And Artists,  in turn, receive funding from public sources.

Unlike in the nineties, the members of the financial elite do not mingle with artists anymore. Instead, they stay in corporate greenhouses and Michelin-star restaurants. An atomized and class-divided society lacks natural zones where different classes may intersect. Curators play the role of mediators between different worlds: they move between insider-only exhibition opening nights and ateliers hidden in cellars, one day frequenting office parties and visiting the clients’ mansions on the next. For the chosen artists (less than one per mille of art school graduates) it is an altogether nice from of humane capitalism, with curators casting themselves in the role of Robin Hood, taking from the rich and giving to the (artistic) poor.

He who waits wins – especially more often in the art world than say the charity sector.

On the other side, the collectors are enjoying the fact investing in contemporary “young” art is an activity that can be classified as philanthropy or “happiness management” as opposed to a conventional investment that needs to be valorized immediately. He who waits wins – especially more often in the art world than say the charity sector, which is really just a black hole for money and which doesn’t even let you hang your gains on a wall. Ultimately, the artists are glad to be able to pay their bills on time from time to time and whatever their political opinions may be, they can still enjoy that warm fuzzy feeling of having risen above all the other ownerless art school graduates.

This pleasant and bourgeoisie-regime-tested microcosm of “noble” collectors is being completely ignored by Artstaq, which claims to have increasing the transparency of the art market as their goal, resulting in it bringing in the financial “wolves.” It doesn’t care for the artists or collectors of contemporary art, or even the art itself. Philanthropy is not even a luxury nor about prestige matter anymore; it is all about profit. And profit will only come with a certain amount of investors and resources.

Being user-friendly, easily accessible and easy to grasp: that is the basis of the new approach to the art trade.

It would be naïve at best to think every single client of Artstaq would be interested in art. It would be detrimental to even assume this: art is merely another means of diversifying their investment portfolio. Being user-friendly, easily accessible and easy to grasp: that is the basis of the new approach to the art trade. The buyer need not even know what pieces of art they own and where they are physically located – they can actually remain constantly in the vaults of Artstaq. The buyers need not concern themselves with the names of the artists and matters of taste: that can all be decided by one of the algorithms and an investment strategy-precisely the same way as in financial market. When it comes to really expensive pieces, a client can even own a percentage of them.

As G.M. Tamás claims, post-communist Europe does not in fact live through a period of compromise capitalism, as our views on transition and inertia may claim. Instead it is the opposite: capitalism with no scruples at all, a free market laboratory. And it is quite possible that because of this, the founder of Artstaq, Roman Komárek, found the art trade to be sluggish, restrictive and non-transparent – in short: too subjective, too human. He decided to standardize, automatize, accelerate and maximize. To expand it into an almost untapped vein. To completely financialize a field that his predecessors had considered it too “sacred” to interfere with.

Artstaq’s ambitions – according to its Marketing Director, Petr Václavek – are to become an art analogy to Uber or Airbnb:  a digital disruption of the art market. It is a fitting comparison, because these corporate platforms are currently revealing more or less unplanned devastating consequences: Uber and Airbnb do not just harm the taxi drivers’ working conditions and flat rental prices, tax collection and public transport. They also affect a lot of less obvious more subtle things, such as the rise of a more common, more universal and dull interior design. What will the unforeseen consequences of Artstaq be? What does it offer us, the artists, apart from the promise of increasing sales? Can it improve our working conditions, or is it just a financial enema? Did anyone actually ask these questions? Were any studies made?

Ludvík Hlaváček, the director of one of the most respected and oldest foundations supporting contemporary art in the Czech Republic (the Prague Foundation for Contemporary Art), knows the answer: “We welcome Artstaq and appreciate its efforts in setting up a transparent art market. We also consider it a unique opportunity to support Czech artists and make them more accessible to the global clientele.”

Is it possible for ignorance and disinterest to confirm the meaning and importance of contemporary art for society?

Why do the institutions and individuals supposed to protect – if nothing else – our professional interests keep throwing themselves into advocating and supporting new financial disasters? Should I, as an artist, strive towards being thrown to the wolves of the global clientele in this way? To watch, with a smile on my face, as some Artstaq-appointed “transparency experts” rate my art based on accessible information and put me on the market? Will it help me, my field of work and society if I receive an entry grade tied to “big data” collected from all over the market in order to show potential clients whether my art and me show growth potential? Is this the desired transparency or is it democratization of the art market? Will Artstaq really act in the interests of my colleagues and me? Is it possible for ignorance and disinterest to confirm the meaning and importance of contemporary art for society?

Artstaq brings a dark, hopeless vision of the future of art subjected to the therapy of late capitalism. Without any human interest in the artists and the world they live and work in, Artstaq is a dystopian variant of the end of art’s autonomy. The ears we’ll end up cutting off when our ratings drop or if the software police report on our art negatively will not grow back.

Pavel Sterec
Pavel Sterec was born in 1985 in Prague, where he still lives and works. He studied in Brno, Prague, and Vienna, and graduated at the Academy of Fine Arts (AVU) in Prague, where he studied under Vladimír Skrepl, Jiří Kovanda, Zbigniew Libera and Pawel Althamer. Currently he teaches at the Intermedia Departement of the Faculty of Fine Arts at the Technical University Brno.
> see other articles <