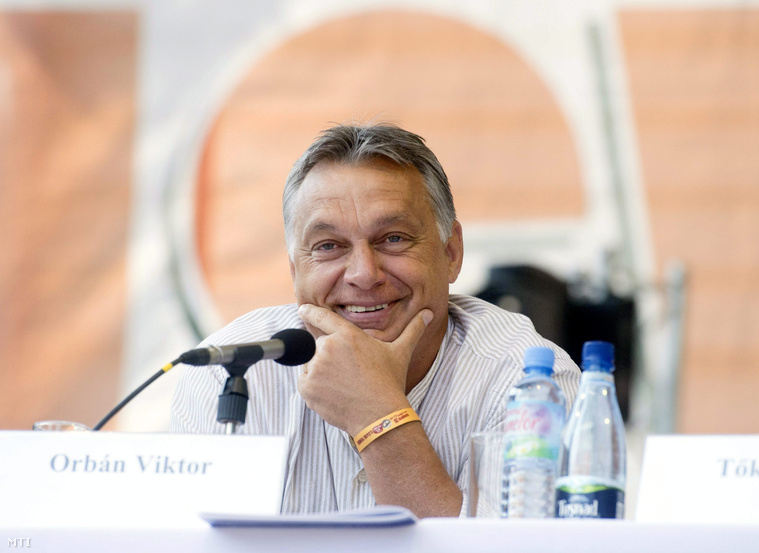 With the help of Google Translate, I have been following the news regarding the Polish elections in the past few days, and it appears that there is a huge enthusiasm for Viktor Orbán. As if he had an even larger following in Poland than he has at home. I thought, therefore, that I should write down a few facts about Hungary, as it is awful to see that many would voluntarily follow the path of Orbán’s Hungary. This is not going to be an exhaustive description, I do not aim to paint the full picture. I simply would like to point out a few issues which might dispute the image that has been formed about Orbán in Poland. So how is Orbán still in government?  Orbán is, in reality,  a talented politician. He is, however,  not a good leader.

In the past five years, the number of people living under subsistence level in Hungary grew by half a million. Just as this figure was about to be made public, the National Bureau for Statistics decided to abolish this indicator.

There is currently a labour supply shortage in Hungary, the largest in the EU. The reason is that productivity is extremely low due to the poor state of education and health services and also due to low wages burdened with high taxes. Capable people, therefore, leave for jobs in the West or work illegally. Fresh data published last Thursday: there is now a shortage of forklift-drivers in Hungary.

This spring, 20 000 thousand nurses protested, asking for a wage-increase in order not to be forced to leave the country for survival. Today, one health worker leaves Hungary every 4 hours.

Tax burdens are so brutal that Hungary has the highest VAT rate in the EU with its 27 %, and those receiving the minimum wage in Hungary pay the highest amount of tax in Europe – 33 %!

This year – for the first time since the political changes in Eastern Europe – the Slovak average income is higher than the Hungarian.

Statistical data on Hungarian employment on the other hand is fairly good, as the official numbers include those working abroad, and those enrolled in adult education as part of their job-seeking program.

Today – due to his strong base – support for Orbán is stable. However, according to this month’s the polls, the reality is that 65 % of the people consider the country heading in the wrong direction, and only 35 % say that the direction is right.

In the 2014 elections, Orbán’s party managed to get 66 % of the seats in Parliament only because in 2010 they had altered the election rules. Only 43 % of the people voted for Fidesz, whilst 51 % voted for three opposition parties, which however only received 33 % of mandates.

There are so many corruption scandals that we cannot even follow them any more. This week, for example, we learned that someone was paid 31 million HUF (approx.100 000 EUR) for a study on how to teach about the breeding of rabbits. Investigative journalists showed that the Hungarian study was, in fact, an exact translation of an existing US paper. The revelation of the case was in vain however – the government ordered an official investigation into the matter, but it found everything in order.

Another “fresh case” this week: following the bankruptcy of a financial investment firm doing business with Fidesz politicians, the Office of Hungarian Prosecution refused to open an investigation into the matter. The Ministry of Foreign Affairs had an investment with this company in the value of 72 billion HUF (approx. 2 million EUR). The prosecutor justifies the refusal of the investigation by saying that the Foreign Affairs Ministry lost only the interest on its 72 billion in this broker-scandal. Loosing the interest – according to the Prosecution Office – does not correlate to the fact that the Ministry made a bad investment of this money, which, according to regulations, it was not even entitled to invest.

This latter case, of course, is not surprising given that the Attorney General is a former Fidesz MP and so far his office has only prosecuted opposition politicians, but none from the governing Fidesz party. Furthermore, with the exception of a few dossiers, his office refuses to even open an investigation in these cases.

In November the sale of agricultural land owned by the government will commence. Most probably successful buyers will be people who previously had already been granted leases on these lands, by the government. These people, however, are usually not farmers, but huge land owners without any connection to the agricultural professions. They are proprietors with good connections who were originally in the manicure business, hairdressers, or the relatives of local Fidesz-strongmen, and who will not cultivate the land, but only claim EU grants for it.

This year one daily newspaper and three online news-sites were established by oligarchs supporting the government. Currently the sale of the second largest commercial television channel is under way. Next year Fidesz-oligarchs are to receive the frequency of the only radio station with national coverage, currently working as a non-political broadcaster. State-media and the National News Agency, the latter being a monopoly news agency, are selling actual lies as news, whenever it is convenient for the government. In connection with the refugee crisis, for example, they were scaring the public for days with news of an alleged terrorist in Hungary. It turned out that the public television was scaring the people with a Syrian moderate freedom-fighter who had died months earlier.

So how is Orbán still in government? This would be worth many more articles, but in general it is due to the hollowing of the parliament’s role; his control of the most important institutions meant to check executive power, such as the Attorney General and the Constitutional Court; the very strong control of the media; and the incapability and lack of credibility of the opposition parties. And of course, it is also due to the fact that Orbán is, in reality,  a talented politician. He is, however,  not a good leader.

I could go on in lengthy paragraphs about what else is wrong with Orbán, but maybe the above is enough. This is the Hungary that you are wishing upon yourselves. Personally, all I am wishing for is that Poland chooses a different path.