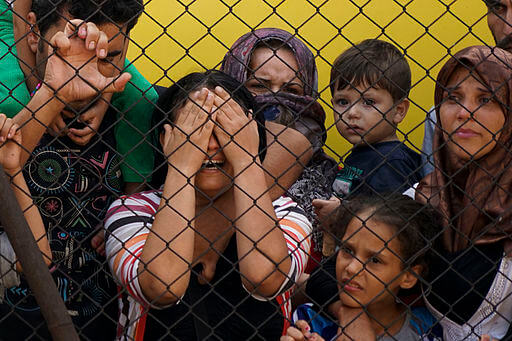 On the 2nd of October, 2016, the Hungarian people will be asked to vote on the following question: Do you want to allow the European Union to mandate the resettlement of non-Hungarian citizens to Hungary without the approval of the Parliament?

There is much to be said about the way the question is formulated, the bias it includes and the way in which it pre-empts the answer favoured by the government. Yet, we should not forget what lies beneath the workings of rhetoric and deception: What is the relocation scheme of the European Union actually about?

In May 2015, the European Commission first proposed what is called an “European Agenda on Migration”. In the light of this agenda, the EU proposed an “emergency relocation” scheme that first intended the relocation of 40 000 migrants from “Member States most affected” and that was then raised to a total of 160 000 people in September 2015. At the time, the Commission called for relocating migrants from three EU member states: Greece, Italy and Hungary. Due to fierce rejection from the side of the Hungarian government, however, the commission had removed Hungary from the list of countries from which people ought to be resettled. To make it clear: this would have been a resettlement program, but resettlement of people away from Hungary. In the last report on relocation and resettlement, the commission only talks about providing “support” for Greece and Italy. Additionally, since most people seeking refuge have not remained in or are barred brutally from seeking refuge in Hungary in the first place, Hungary is no longer eligible for countries “sending” refugees to other member states. Or, in the language of the EU commission, Hungary is no longer under “extreme pressure”. Hungary thus finds itself on the list of countries to which people seeking protection should be relocated to. It is this that the Hungarian government also vehemently rejects.

The EU places a conception of fairness between states above the consideration of the refugee as a human being with wishes and choices. The refugee is treated as a good that can be moved around and disposed of.

But, which country would need to accept how many people? How is this decided? The emergency relocation scheme aims at forcefully relocating people who are seeking protection from one EU country to another. Which member state “receives” how many people is decided based on a key, taking into account the population of that country (40%), its GDP (40%), the average number of asylum applications (10%) and the unemployment rate (10%). The latter two count negative, the two former positive towards the amount of refugees that a member state has to take. This sounds like complicated math, but it’s not –  we will look into what this actually means for countries below.

Countries can choose not to take part in the relocation scheme, but only temporarily (12 months) and only on the basis of “justified and objective reasons such as natural disasters”. Yet, if they do so, and if the reasons they put forward are deemed justified, they have to pay 0,002% of their GDP to the EU budget as compensation.

The redistribution, however, does not concern all people seeking international protection. It only applies to people who originally come from countries with an EU-wide average recognition rate of 75% or higher. The recognition rate shows how many people seeking international protection are actually recognized as refugees. The actual number of who should be counted as a refugee is, however, undoubtedly higher than who qualifies as a refugee under the strict and narrow formulations of Member States’ laws. Who counts as a refugee according to the ground stone of international refugee law, the Geneva Convention Relating to the Status of Refugees, only those are considered refugees who flee individual persecution. This excludes a number of important other factors. Under such regime, people fleeing from general violence, such as a war, do not count as refugees. As a consequence, it can happen that people who clearly are fleeing the most horrendous circumstances in their countries, are not recognized as ‘genuine’ refugees.

The requirement of an average EU recognition rate of at least 75% then means that people from Afghanistan, Pakistan and Somalia – all countries from which a lot of people are fleeing due to armed conflict –  do not get assigned and transferred to a “receiving” member state. The decisions are based on data from Eurostat, the portal that collects statistics from EU member states. So far, this has meant that only Syrians, Eritreans and Iraqis were to be relocated. Since July 2016, however, people from Iraq are no longer included on that list.

A country can make a “formal pledge”, meaning that it is ready to receive a number of migrants. Interestingly, these pledges lie significantly below the numbers that they should take according to the actual allocation scheme: e.g. Croatia, the Czech Republic, Germany, Poland and Slovakia have only pledged 1-2% of their respective allocations.

The total amount of formal pledges to take in refugees is 9,119. The only countries that have not made any pledge are Austria and Hungary – the two countries that have recently increased their cooperation in immigration-related matters and called for extremely brutal asylum policies.

The commission also plans a permanent relocation scheme based on the same distribution mechanism as the “emergency relocation scheme” explained above. The “Permanent Relocation Scheme” establishes criteria of when a member state is experiencing what the EU commission calls a “crisis situation and extreme pressure on its asylum system as a result of a large and disproportionate inflow of third country nationals.”  Whether a country experiences such a crisis is decided by considering the number of asylum applications per capita as well as on the number of irregular border crossings in the last 6 months into that country. In case of such an “emergency situation”, the relocation from the country in “crisis” to other member states is meant to start automatically again.

Even though the proposal by the EU commission intends to pay attention to asylum seeker’s needs, family situation and skills, the relocation plan remains a forced resettlement program for refugees. This ultimately means that the EU places a conception of fairness between states above the consideration of the refugee as a human being with wishes and choices. The refugee is treated as a good that can be moved around and disposed of. She can be placed here and there – she is not entitled to a will of her own that includes a lifeplan in this or that country, according to her plans, dreams, and wishes. The forced resettlement program creates yet again different types of human beings within the EU – the ones that enjoy the freedom of movement, and the ones that do not possess such a right. By relocating people to other countries, the EU is but playing into the cards of a xenophobic discourse that views refugees as a burden. We advocate free movement for all within the EU. The resettlement program is, in the end, nothing but a system of barter that degrades the lives of refugees to the status of livestock being traded. Redistribution is for goods and money – not for human beings.

Therefore, we are against the relocation scheme proposed by the EU. Why?

The forced resettlement program creates yet again different types of human beings within the EU – the ones that enjoy the freedom of movement, and the ones that do not possess such a right.

MigSzol’s position on the quota system

The quota system is a forced relocation mechanism for people seeking international protection proposed by the EU. We oppose the artificial hierarchy and selection of people, including their division based on nationality and ‘skills’, which is enforced by the mechanism.

We support people in their choices to move freely and strictly oppose all forms of forced relocation, be it the Dublin regulation or the EU relocation scheme, known as quota system.

MigSzol’s position on the referendum

We stand up for a boycott of the referendum because we reject the government’s attempt to use the topic of migration and the right to asylum for propaganda and EU-wide power bargaining. We see both options given as unacceptable.

Voting ‘No’ means to support the government’s xenophobic propaganda and politics of fencing off. Voting ‘Yes’ means to agree with a scheme of  forced relocation by the EU that places a problematic concept of ‘fairness’ between states above solidarity between human beings with wishes and choices. Choosing any of the two options legitimizes the referendum as such and adds weight to the validity of the outcome and the (mis)use of the referendum for government propaganda. Voting either ‘Yes’ or ‘No’ asks of us to decide over the future of people who are denied any political voice and reduced to a burden which is met with bureaucratic and forceful rule. We claim politics back and thus the right of everyone to decide over their future.

We, as Migszol, want to propose a third option: for freedom of movement and for real protection and support of people. Let’s protest and demand this together!

This article originally appeared on www.migszol.com