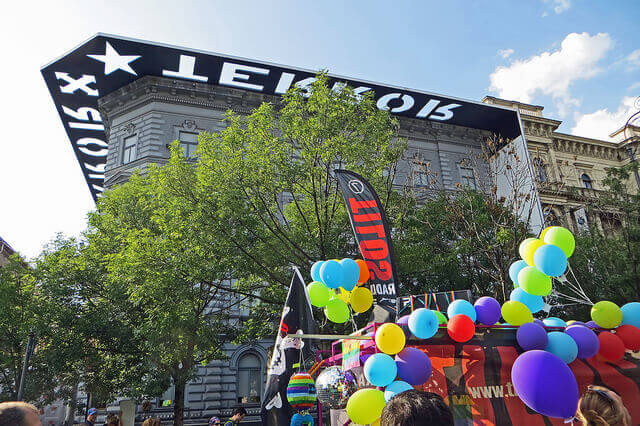 In 2009, in a uniquely progressive move for the region, the socialist government of Hungary introduced civil partnerships for same-sex couples. It provided them with certain marriage-like benefits short of child adoption and the adoption of each other’s names. Through a covert operation, hidden among the hundreds of pages of next year’s budget proposal, the Conservative government is now planning to empty this institution of any practical meaning, and return the status of same-sex couples to where it was before 2009.

This is a standard strategy for Fidesz: it permanently needs fabricated enemies against which it can claim to protect the nation.

This trick is yet another paradigmatic example of the way in which the government of the right-wing Fidesz party operates in Hungary: by attacking people who do not do any harm, whose rights do not infringe on other people’s rights, and by making changes that do not benefit anyone.

Civil partnerships are not a radical idea. The institution does not present an extension of the concept of marriage, nor does it entail the possibility for homosexual couples to adopt children, so in many respects it is a conservative-friendly idea. It merely gives legal and political recognition to same-sex couples as integral parts of society, and offers them certain legal guarantees that enable the maintenance of long-term monogamous relationships.

Even Prime Minister Viktor Orbán spoke of the current state of LGBT rights as an equilibrium that should be broken neither by the government, nor by the “more provocative behavior of the gay community”. He claimed that the alteration of this equilibrium is in nobody’s interest.

And yet, the article hidden in next year’s budget proposal would change this situation by practically making the institution of civil partnership for same-sex couples void. In the future, inheritance for partners would not be possible without a written will, they would not be obliged to care for each other’s children, and in fact every other protection granted to these couples would be scrapped.

What the government is trying to do now is nothing else but political pickpocketing. It bullies people in order to extract political profits from them. This is a standard strategy for Fidesz: it permanently needs fabricated enemies against which it can claim to protect the nation. The party wants to pick on gays, to bash them and their “liberal” allies in order to divert attention from the continuous chain of corruption scandals, and the catastrophic state of public services. And when a Brussels official makes a declaration on this issue, the government can also bash the EU together with LGBT people.

The government is attacking its own people, disrespecting their love and their rights out of sheer politicking.

Can be anything more “abnormal” than that?