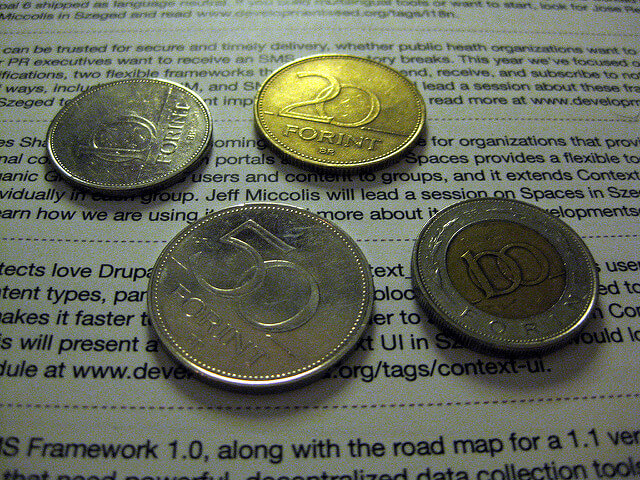 A quarter of a century ago the Hungarian workforce was competitive on a European level, both in terms of  professional skills and morale. This provided the foundation for strengthening the Hungarian economy, which made the possibility of catching up with Western European prosperity seem attainable between the mid-90s until the mid-2000s. However, after 2006, the internal and later international crises initiated a downward spiral that was intensified by the bad decisions of consecutive governments. As a result, today we are witnessing a skewed, unsustainable and unbearable situation in the world of labour.

The Forex-crisis, the dramatic spike in housing prices and the lack of counter-measures against the anti-social effects of the financial sector forced a considerable part of the Hungarian workforce to flee the country, whilst the remainder was crushed by unbearable economic burdens and many were forced into homelessness or rural ghettos. Two-thirds of the country was and continues to be in trouble; even those with wages are struggling to get by. This situation is an inescapable consequence of the principle that the attractiveness of the Hungarian economy comes from having a cheap and vulnerable workforce; a view that is still held by the current government.

Furthermore, for the last 25 years Hungarian leaders have shared the view that punishment and threats are the only ways to motivate workers to work for starvation wages. Due to this anti-social madness, more than 1.5 million workers have disappeared from the Hungarian labour market. According to recent information, the government and representatives of big businesses are planning to counter this shortage by increasing the migrant workforce, whilst forgetting that these people did not actually disappear and that they still exist, but are excluded from the economy. Women forced by circumstances to do only domestic work, Roma stuck in hidden villages, youngsters living with their parents, people pushed from bunkhouses into homeless shelters, and Hungarians working hard in the West should be the focus of policymaking when it comes to tackling the labour shortage.

Those interested in maintaining extremely low wages believe that in a blink of an eye masses of trained migrant workers will appear and will be willing to work for practically nothing. But this is not the case.

Decision-makers, however, do not want to deal with them because they are expecting more than the employers and politicians are willing to offer. Those interested in maintaining extremely low wages believe that in a blink of an eye masses of trained migrant workers will appear and will be willing to work for practically nothing. But this is not the case. People from the traditional pools of migrant labour, such as Serbia, are no longer enticed by Hungarian wages. Even the inhabitants of Sub-Carpathian Ukraine would rather work in Poland than in Hungary.

There are no easy solutions to this accentuating crisis. There is a need for comprehensive re-thinking and reform. The most important task is to bring back the people who have been  excluded from the labour market. In order to accomplish this goal, we first of all need the re-establishment of decent support for the unemployed and the creation of opportunities for competitive re-training. Secondly, the government needs to scrap the counterproductive workfare regime that is not helping anybody but which instead blocks unemployed people from re-entering the labour market. In order to increase employment numbers, the minimum wage needs to be radically increased and the harmful, parasitic institutions, like the so-called “labour rent-centers” need to be banned by law. Naturally, there is also a need to set up housing support schemes to facilitate worker mobility.

The problem is not new. At the turn of the 19th and 20th century, during the incumbency of Prime Minister Kálmán Széll (seen as a model by the current government) a similar crisis emerged. As they are today, back then sober minds were demanding social relief programmes instead of whips. They could see that you could not find workers who would cultivate the land for starvation wages and instead people fled to the US – in the same way that people today flee to the more prosperous parts of Europe.

Of course, to initiate change one has to first acknowledge that something is profoundly wrong with the Hungarian economy. Unfortunately, neither politicians, nor representatives of capital are willing to do so. By burying their heads in the sand they continue believing in the sustainability of unsustainable wage levels, which have pushed the country to the brink of social collapse. But there is no way such a system can be maintained. Workers who work for eight hours a day should be given salaries that can sustain them, their families, their homes and their recreation.

The living costs and housing expenses have come near to Western European levels but wages have not.

With workfare payments amounting to 50,000 forints per month (approx. €160), and with industrial wages at around 70,000 forints per month (approx. €225) there is no possibility for such an outcome. The government can divert attention from these problems for a while with anti-refugee fear mongering or by changing the method of calculating the living wage, but misery remains misery and people are getting more and more furious every day. There is no alternative to decent wages. The living costs and housing expenses have come near to Western European levels but wages have not and we can no longer postpone the promised catch-up.

The prospects are dark, especially for a country where trade union representatives are not even invited to discussions on the future of the workforce, which are instead only attended by politicians and businessmen.