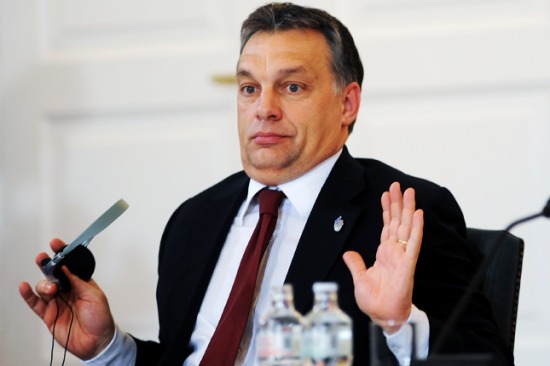 According to the new package, the minimum wage will be increased by 15 percent in 2017, and an additional 8 percent in 2018. On the other hand, the corporate tax – which at present is at 10 percent for small and medium-sized companies, and at 19 percent for big corporations – will be lowered to a flat 9 percent as of the 1st of January 2017.

Furthermore, in the next two years the social contribution paid by employers will also be decreased by 7 percent.

So, while the government increases the minimum wage moderately (the net value of which will still be lower than the regional average due to the excessive taxation), it gives brutal transfer pricing to big corporations.
The justification of this is that due to the massive cuts in corporate tax, firms will increase the salaries of their employees – which we know is not true. Higher corporate profit does not automatically mean higher wages. If Orbán truly wanted to achieve higher wages, he should have cut the tax burdens on workers, and not the ones on corporate gain. Additionally, even if he wanted to provide employers with some relief he should have favored small and medium-sized enterprises, not big business.

The proposed measure will blow 300 billion florints (approx. 1 billion euros) of the budget. This is double the amount of money spent on higher education in one year. It costs each and every Hungarian citizen almost 100 euros a year. Are we really sure that this sum should have been given to multinational corporations and Hungarian oligarchs?
This sum is going to be lost, and we already know from which sectors: the ones helping the poor, developing and disadvantaged regions. It is going to be missing from the educational system, the health service, and the housing programs.

In other words, the money will be misplaced from the programs that would guarantee a secure living for the Hungarian people.

With this measure the Hungarian government becomes the exemplary pupil of the crumbling neo-liberal consensus, as well as continuing the worst traditions of the post-socialist Hungarian economic governance which transferred large chunks of the national budget into the pockets of big business in the hope of future investment. What the government fails to achieve, however, is strengthening the backbone of the Hungarian economy by investing in the people, by helping small and medium-sized enterprises and by redistributing material wealth in a fair manner.
Orbán is turning Hungary into a tax haven which will not make the everyday life of ordinary Hungarians easier, but will instead bribe multinational corporations and increase the profits of his own “national capitalists” – two measures that serve to secure his own power and not the prosperity of the people.