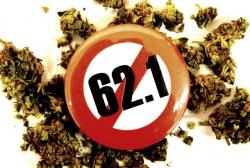 The long-awaited changes have come after the eleven years during which very strict rules were in effect and the possession of even the smallest amount of drugs was prohibited and punished accordingly. From now on, prosecutors will be able to drop the charges in certain circumstances, and it will be easier to refer addicted persons to treatment instead of putting them in prison. These new solutions provide an opportunity for the practical introduction of what is known as an opportunistic enforcement against drug users.

It should be noted that laws as strict as those implemented in 2000 had never been enforced in Poland before. It was an experiment without precedent and, as is shown in relevant statistics, this experiment has completely failed. The restrictions have not helped in the effective fight against drug production and trafficking. Nor have they reduced drug consumption. It comes as no surprise that the prohibition policy has discredited itself all over the world, something that finds clear evidence in the final appeal by Nobel Prize winners, politicians and artists to bring an end to the infamous “war on drugs”. Moral blackmail that accompanied the implementation of repressive legislation, such as the notorious slogan “better in prison than in the grave”, was not only ethically questionable, but it turned out to be a bluff as well.

The amendment to the Act on Preventing Drug Addiction is entering into force, but it will not make for a revolutionary change. The power to discontinue the proceedings against a person in possession of a small amount of drugs (Article 62a) is only a backdoor solution for Polish prosecutors to show their good will and leniency, but only if they want to do so. Modifications have also been made in Art. 72,which is where we should perhaps expect faster results. So far, the opportunity to undergo compulsory treatment instead of prison has been allowed only to people with clean criminal record, which has greatly limited its use. Once the change comes into force, it will be possible to conditionally suspend the proceedings until the end of treatment and then ,if treatment turns out to be successful, discontinue them. It is not a backdoor solution anymore, but a door wide open for even the most cautious law enforcement officers to go through. It is, after all, for the real benefit of addicted persons and society.

The movement for changes in the drug policy in Poland is becoming stronger and more noticeable. The improvement in the law has favoured the efforts of many groups: from the painstaking work of scientists and therapists that conduct research, through non-governmental organisations that promote knowledge about drugs, addiction and a rational policy in this area, to the media fireworks of political parties such as Palikot’s Movement [a liberal political party in Poland; translator’s note]. It is important to note the evolution of this party. Although the authors of some of the demands still seem to be orbiting in space, they surely also come closer to Earth, unlike in those moments in the past when they called for an open legalisation of banned substances and the cancellation of the already ratified international conventions and agreements. Let us hope that pressure for further changes will be maintained and will lead towards the decriminalisation of drug possession, similarly to the proven Portuguese standard, which has been in force for the last decade. It is worthwhile to continue public debate, using rational and empirical arguments against the hysteria and moral blackmail of right-wing politicians.