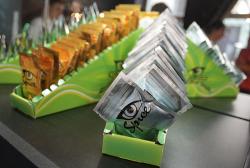 The first store with these substances was opened in 2008 in Łódź. Just two years later, various local authorities tried to ban sales of designer drugs on their own. Resolutions of the local authorities had no legal force in this respect, but under their pressure the government decided to take unprecedented prohibitive action. On 2nd October 2010, a joint operation of the police and health inspectors was launched. It was a huge nationwide campaign: just in Łódź, a few hundred police officers took part in it. Sanitary inspectors found a designer drug called “Typhoon” and several other drugs similar to it dangerous to life or health and banned them as non-tradable. Following this decision, the police rushed to the stores to clamp down on their activity.

Experts said that this administrative decision was illegal (they called it a legal piece of junk). The owners of the closed stores can apply for compensation. Nevertheless, during its presidency in the EU Council, the government of Poland boasted about the Polish drug policy, especially the drop in the consumption of designer drugs, which, as they argued, had been allegedly reduced to zero. The truth is quite different: after the change in the law, designer drugs were being sold on the black market, on the Internet, in shops without a receipt, and remarketed as blends of fragrances or chemical reagents. Recently, the constant use of designer drugs has been reported in the media ( e.g.Trojmiasto.pl and Onet.pl) and the legislators seem not to notice that entering the banned substances on the list does not make any sense. No one asks or checks whether the prohibitive action has produced desired effects and whether designer drug users are reaching for any substances.

We interviewed users of designer drugs from Łódź in autumn 2011. We focused on Łódź, since one-fourths of all Polish stores selling these substances were located in the city. After collecting all the materials, we have decided that our interlocutors will speak for themselves without our comments. The only thing we have changed is their names. For the purpose of this article, we have called them: Robert, Michał, Monika, Aneta and Artur.

A chick that ate her mouth.

Robert: … for a while, we were running a club that was selling designer drugs, we were sponsored by SmartShop. At first, it seemed that it was OK, but then we saw what was happening with people.

My experience with drugs began when I was thirteen, man, a classic start! I don’t have a problem with it, I can live without it, but I’m sweating if I’m not on it. I can have a month break, it doesn’t matter, I’m not hooked. But you know, normal drugs and legal highs, I wouldn’t compare these two things at all. You have normal soup, made by your grandmother, and Chinese instant soup. The biggest horror of all are underage people. You know, if you won’t sell it to a youngster, someone else will buy it for them. Like his friend or his father. Our club was surrounded by a stream of people, that was Włókiennicza Street and Jaracza Street. You could buy it in Oiom [a club in Łódź; the name of the club stands for ICU; translator’s note]. SmartShops were everywhere, like newsagents. You couldn’t tell what these legal highs were made of, but you could see the result: immediate addiction. I do not know if that was the goal :to focus on minors. They were taking drugs without even knowing what they were doing. Anyway, what does it mean an “imitation of cocaine”? You could search for hours on the Internet, in encyclopaedias, ask doctors or pharmacists and you won’t find the answer. It is impossible to find out what it is made of. The result is no brain. We made a big mistake by bringing it in to the club. We had no choice, the club needed money, for example, for posters. SmartShop said that they would put one small shelf at the back, we thought, good, no problem, let it be, someone will probably buy something from time to time. The club turned into a slaughterhouse, SmartShop was bringing more and more of it. All events turned into a mess, people were like furious animals, who were eating themselves in front of our eyes. Like that seventeen–year-old chick that nervously ate her own mouth.

Michał: The effect wasn’t cooler than after amphetamine, designer drugs kicked harder. The next day was always worse than after amphetamine. After designer drugs, I was down in the morning. I started to shake. I had mental problems, I thought that someone was following me, I was in pain. More or less, symptoms were like after heroin. After amphetamine, I had never experienced anything like it. My mind and consciousness weren’t reacting properly. More than once, I thought that I would have to go to hospital, I was exhausted. I usually had this kind of symptoms in the morning; when I say “in the morning”, I mean five p.m. I remember when mephedrone entered the market. I saw how the drug affected my friends from the club. I saw what it was doing to their lives, how it broke them down mentally and physically. I’m an alcoholic, I won’t go through a day without a beer, but there are alcoholics addicted to spirits sleeping under the bridge. That’s how my mates behaved after mephedrone. That’s how they looked. They got hooked on Koko [mephedrone; editor’s note] and were taking it all the time. I was taking amphetamine in large quantities, but definitely it was less harmful than that.

Monika: At first, you could smoke salvia and take these various drops like Diablo. While at university, I was working behind the bar, one day I took Diablo instead of amphetamine, which I had not time to get. I felt a boost of energy, but not like after normal amphetamine… a shitty one (laughter). It was a mix of energy and nervousness, I was rearranging glasses on the bar, I was doing lots of other things, I didn’t like it. That’s why I took Diablo only once in my life. I had an unpleasant story as well. A colleague of mine spontaneously bought Mint Candy drops. It was in October 2008. I ended up in hospital. My mum works in this hospital, so I couldn’t say anything to the doctors. I had all the symptoms of meningitis and I was diagnosed with it. I had a lumbar puncture and there was no inflammation in the cerebrospinal fluid. It was a puzzle for the doctors. I was at a toxicology ward with a suspicion of intoxication, but no one knew what was going on. As soon as I closed my eyes, I was vomiting, I felt dizzy, I had hallucinations. I was tripping. The doctors were bringing students along to show them all the symptoms of meningitis, but after all it was not that. I left hospital after two weeks, but even then for a week or so, whenever I lifted my head, I was dizzy again. It was pretty sharp. After one pill. I was on medication and put on a drip, I couldn’t sit down, I had to lie down. At the time, I was working at a club that was sponsored by a network of stores selling legal highs. The club was founded in 2009 at 19 Jaracza Street in Łódź. The owner hired a manager and he came up with this brilliant idea to sell designer drugs in the club. I started to work in March. I saw how it was changing from such a nice club—brick on the walls, spot lights, concerts—to a shit hole. The bar staff was stoned, the customers were stoned, real carnage on the street. We finally persuaded the owner to dump legal highs, even though we had been taking them themselves. But regulars were used to the old offer, besides a new SmartShop had opened on Jaracza Street, so they were bringing it with themselves. The locals loved designer drugs, lots of teenagers tried them. What happened during those 4 months was hell. The whole street, including children aged twelve or thirteen were on drugs. They were stealing as well. A lot of them could get high for the first time with designer drugs. Instead of cheap wine, they were choosing drugs. For example, Michał, a typical boy from the city centre, most probably he was seventeen or eighteen at the time. He was brought up by his grandmother. He was always lively and smiling. He was hooked on Koko [mephedrone; editor’s note] and that ruined his health.

Aneta: …when we started to visit Club 19, the drugs started, like Koko or Kamikaze and so on. It is extremely stimulating, your heart beats faster and the blood flows in your veins. You think faster, you walk quicker, you’re full of energy. It’s fun. When you are coming down off it, you feel like you’re dead. You can’t stand, look, talk and eat, you don’t feel like doing anything. I lost fourteen kilos in four months, from June to September. I went down from fifty-nine to forty-five kilograms. I have kept the same weight since then, because I can’t gain weight, even if I would like to. Considering the fact that I am a kick boxer, I really shouldn’t have been doing such things. I skipped classes and practice, I didn’t get through to the third grade at grammar school. Now I am in the third grade. It was fun at the time. After that, I went through a phase when I wasn’t taking anything for a week. I had moments when I was staring at some point, thinking: “shit, you can’t even think about anything”. I was dreaming about different things. There were pills called “gumijagoda” [gummyberry; translator’s note], you would usually split such a pill in four, but on one occasion just two of us took it. We didn’t sniff it, we swallowed it. I was sitting at the party and everything was just fine. I thought to myself I should go out because it was getting hotter in there. I went out for a smoke and heard a rumbling noise. I thought to myself it didn’t work, but suddenly there was a huge rabbit coming towards me. I looked at myself, I looked at him, I said “I’m fucked”. He said: “yeap, you are crazy“. The party was fine apart from the fact that the rabbit followed me around.

Artur: … the effects seemed to be positive, but after a long time they turned out to be negative, my head began to work badly, I couldn’t concentrate, I lost a lot of weight. There’s no such problem after “normal” drugs. The next day after taking designer drugs, there was no option to eat anything until evening, I wasn’t feeling well, I couldn’t sleep all night long, I couldn’t sleep during the day, either, because I was working. After amphetamine you could sleep, get up in the morning, have something to eat, have tea….

Monika: Even a therapist from the therapeutic centre advised me that if I really had to take something, I should take amphetamine from a trusted source rather than any untested alternatives …