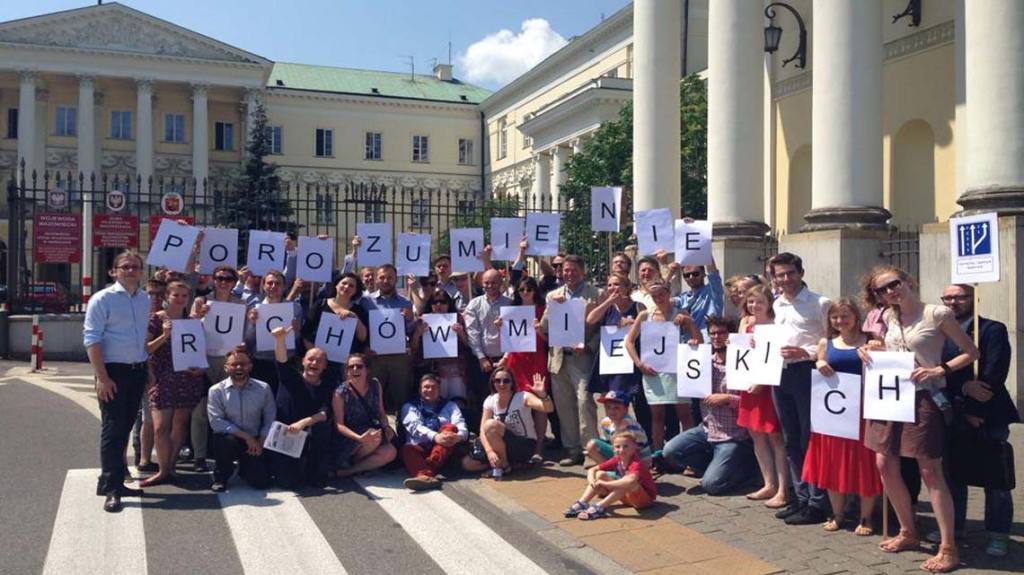 Poland’s recent local elections went according to the usual script: The ruling coalition of the Civic Platform and Polish People’s Party retained their control over major cities. But there was one political surprise in the final results. The urban movement, which ran for the first time in elections as a nationwide coalition of city activists, won the mayor’s seat in Gorzow Wielkopolski, in western Poland, and a number of city council seats in big cities like Warsaw, Poznan and Torun.

Although a newcomer to the electoral race, the urban movement dictated the direction of most election campaigns. Their demands ended up in the electoral programmes of mainstream political parties, which scrambled to attract grassroot activists on their lists to capture the youth leftist vote.

So what is this new political force and can it permanently transform Polish local and state politics?

In late 2007, a group of residents of the Rataje district in Poznan, in western Poland, organised to defend their right to have a say in the planning of their neighbourhood. The mayor of Poznan and the city council, had proposed to transform the derelict post-industrial zone of the neighbourhood into a new residential and commercial area. Local residents, on the other hand, insisted on building a park and a recreational area. They mobilised the community, organised protests, wrote petitions and publicised the issue in the media.

The negative publicity made the situation uncomfortable enough for local officials to concede to public pressure and withdraw their commercial development proposal. This was the first sign that a new social force was emerging with the potential to affect urban policies in Poland through civic engagement.

Grassroot activities began to surface in other Polish cities around that time. Activists from Sopot in northern Poland started calling for participatory budgeting following the model of the Brazilian city of Porto Alegre.

In Lodz, in central Poland, an informal group of active citizens organised themselves around the issue of cleanliness of public spaces. Gradually, these groups merged into a movement calling for citizen participation in the transformation of the post-industrial area of the city, just like in Poznan. Lodz used to be an important industrial centre up until 1989 when its textile industry collapsed and many industrial buildings lay abandoned and derelict.

In Warsaw, urban activists organised demonstrations for the preservation of green areas in the centre of the Polish capital; against hikes in public transport fees; and against privatisation of municipal buildings.