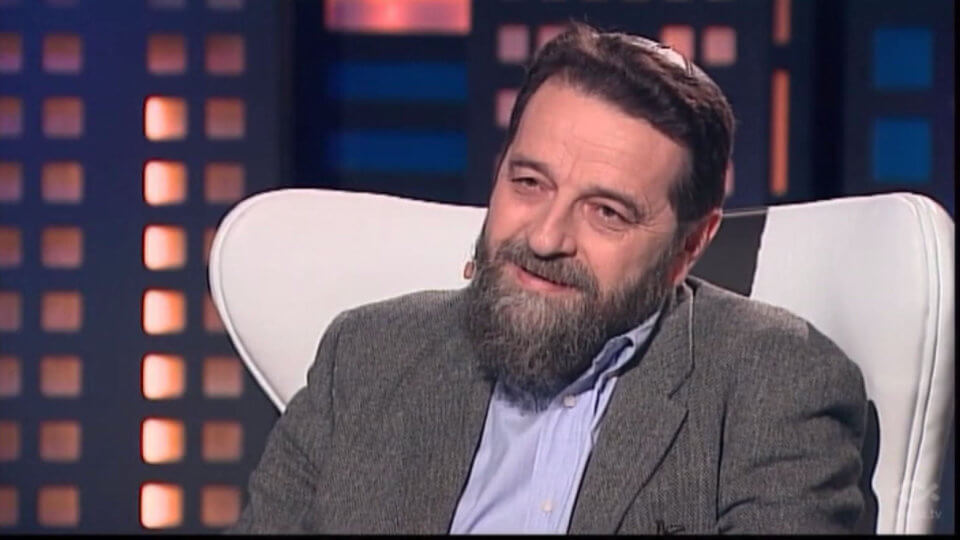 I have read, with growing astonishment and disappointment, the article by Gabu Heindl and Eduard Freudmann, on the vicissitudes of their participation in the competition ‘From Those You Saved’ which took place in Warsaw last year. This competition, organized by the Remembrance and Future Foundation, of which I am a board member, was to select the design of a monument to commemorate those Poles who had saved Jews during WWII. Heindl and Freudmann’s entry was chosen by the competition’s highly independent jury; however, our foundation decided not to implement the jury’s decision. As was our legal obligation, we paid the winners the full amount of this award. Out of consideration for their legal and moral rights, we also declined to implement any of the other 136 submissions to the competition in place of their project.

is a Polish journalist and a Jewish activist, as well as one of the most notable war correspondents of various Polish daily newspapers.

We have done this on the basis of the competition’s rules and regulations. Article 12 C 11 of these regulations states: ‘The Organizer does not guarantee that implementation of the Commemoration will be possible and will not bear any liability in the event implementation of the Commemoration fails to take place, for whatever reason. In such a case, the Organizer will not be under any obligation to execute the ‘‘design service agreement’’.’ Regrettably, nowhere in their long article do Heindl and Freudmann refer to the legal basis of our decision, leaving the impression that we have acted arbitrarily. This is highly misleading.

Nor is this the only disingenuous omission or statement in their piece. They start off by stating that ‘the title of the monument initiative was deceiving: “From Those You Saved” implies that there is a We, a community of survivors and descendants which desires to express their gratitude to the righteous gentiles. But this community does not exist, because the Jews who identify with the purpose of the monument are bitterly divided.’ It is true that the Jewish community who support this project is divided. There are those who want to see a commemoration of Polish rescuers near the POLIN museum, and those who, for different reasons, do not. Heindl and Freudmann imply that the project’s supporters do not constitute a community which is, once again, a misrepresentation.

It is Rolat’s foundation, after all, which had organized the competition and the highly independent jury which was to choose the winning project.

Though the authors correctly describe the course of events surrounding the choice of their project, it would have been relevant for them to indicate that Zygmunt Rolat, founder of the Remembrance and Future Foundation, participated in the jury’s deliberations (though of course not in the voting itself) at the explicit invitation of the jury’s chair, Prof. Milada Ślizińska. They fail to engage with the reasons we have provided for our decision not to implement their project of planting a nursery of trees next to the POLIN museum. The maintenance of such a nursery would have necessitated funds beyond those at the disposal of the foundation.

The authors state that the nursery ‘should be maintained and taken care of by the City of Warsaw and private volunteers, Jews and non-Jews, thus serving likewise as a litmus test for the Polish state and civil society as to the value, in their eyes, of the memory of the Righteous gentiles. […] If the We fails, there will be no forest and the monument fails as well. […] The potential inability to express gratitude as a We was thus an intrinsic feature of our entire proposal from the outset’. While we understand the artistically challenging nature of the social experiment they propose, we are not willing to implement such a project. The approach they propose smacks of emotional blackmail: if you do not support our project you demonstrate your ingratitude to these wartime heroes. We do not want to engage such a statement , nor do we believe that any eventual non-allocation of funds would indicate a reluctance to value the memory of the Righteous. Most importantly, we want a permanent commemoration and not an artistic experiment.

There were other problems relating to their project: it had been so substantially modified, on the jury’s recommendation, between the two stages of the competition, that, in fact, it could be considered a new project. At least one competition participant indicated that he would mount a legal challenge on these grounds if the project were to be accepted and implemented . Both the Museum and the city had serious practical reservations about allowing a forest nursery to grow in the museum plaza. The main reason behind our decision, however, was a lack of funds; the budgetary limitations of the project were clearly stated in the terms and conditions of the competition. Furthermore, the submission by Heindl and Freudmann did not serve the purpose for which the competition had been organized.

Having spoken with both Heindl and Freudmann before and after the jury had made its decision I can well understand their disappointment. We had, in fact, reached out to them, explaining the reasons why we could not accept the project as it is and asking if substantial changes could be made to it, even if we feared it could not be salvaged. However, Heindl and Freudmann’s response – to hold a seminar on the topic – failed to address our concerns. As we were unable to make any progress in our discussions with them, we eventually announced that their project would not be implemented, and started to look for other possibilities.

In their article, the authors accuse Zygmunt Rolat, of three ‘mistakes’. The first, they claim, ‘was to ignore the criticism surrounding the targeted site’. Yet we did not ignore this criticism: in actual fact, we participated in this polemic by engaging our critics in discussion. Unfortunately, we failed to convince them, and they did not convince us. As for the second mistake, which ‘was to attend the jury meeting’ – Mr Rolat did so at the explicit invitation of the chairperson.

The public has been represented throughout this process; the ultimate decision on the commemoration will be made by the democratically elected city council of Warsaw.

‘But Sigmund Rolat’s probably most significant mistake – Heindl and Freudmann conclude – was to appoint himself as the expert who shall alone decide on the monument design.’ This is a ridiculous accusation. It is Rolat’s foundation, after all, which had organized the competition and the highly independent jury which was to choose the winning project. The foundation did not even ensure it would have a voting representative on that jury. It reserved for itself only the right not to implement the chosen project; a caveat of which we had to avail ourselves , because this project exceeded our budget. Yet there is no mention of this in the article by Heindl and Freudmann.

The authors believe that ‘Sigmund Rolat´s action clashes with the concept of a public monument because it is in absolute contradiction to a democratic understanding of commemoration and of public space, as public space belongs to a public (always to be created) and not to a single individual.’ Yet the public has been represented throughout this process; the ultimate decision on the commemoration will be made by the democratically elected city council of Warsaw. While the individual they criticize has contributed the funding of the project, its implementation is not for him to decide, and he does not claim otherwise. Heindl and Freudmann declare that what is ‘at stake here is the public space of a European capital and moreover one of the most historically charged sites of the Shoah. This is not Sigmund Rolat’s backyard’. This criticism of Rolat’s alleged lack of expertise is not only irrelevant. It is also gratuitously insulting.

Heindl and Freudmann conclude by stating that ‘if the Warsaw City Council has a spark of decency, it will not grant approval to Rolat’s choice for the monument’, whatever that choice might be. In saying so they not only recognize that there is a democratic process at work, the existence of which they have just denied, they also become guilty of the very evil of which they have falsely accused Rolat: appointing themselves as the experts who shall alone decide on the monument design’. The only justification they provide for their blanket rejection of any decision that Zygmunt Rolat might make is his refusal to implement their own project. For the reasons stated above, which they have entirely failed to address in their own article, this does not constitute sufficient justification to mistrust the soundness of Rolat’s judgment. It is, however, reason to mistrust that of Heindl and Freudmann.

The Monument Is a Dilemma

Konstanty Gebert
Konstanty Gebert (pseudonym Dawid Warszawski; born 22 August 1953) is a Polish journalist and a Jewish activist, as well as one of the most notable war correspondents of various Polish daily newspapers.
> see other articles <