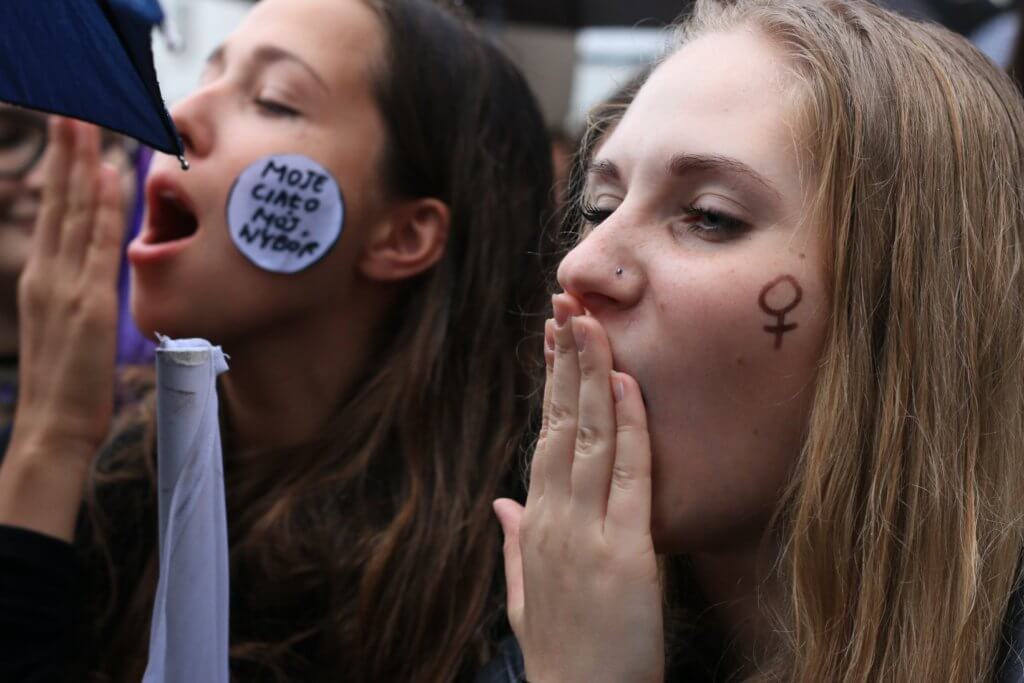 Poland was recently rocked by mass protests against a proposed ban on abortion. Larger cities saw parades of up to tens of thousands of people dressed in black. The proposal of the conservative Catholic legal group Ordo Iuris was in the end rejected in Parliament. But the attack on the basic rights of Polish women is not over. A new restrictive abortion bill is already on the table. The ruling Law and Justice party (PiS) may have taken the negative public reactions to the proposed legislative changes into account, but we can hardly now expect them to show respect to women, their bodies, and their rights. Among its members are people with opinions such as those of Arkadiusz Czartoryski, who recently said that even women raped by German soldiers during the Second World War gave birth to good Poles.

The legal possibilities of terminating a pregnancy in Poland are already significantly limited, since the so-called “compromise” of 1993, which was in fact only a concession to the Catholic Church: abortions are only allowed if the life of the mother or child is in grave danger, or if the pregnancy is the result of a crime. This current law has led many Polish women to travel abroad, to Slovakia or the Czech Republic, where they can undergo an abortion legally. Any restriction to the current law would only increase this number.

It’s not only Polish women who are angry. Gatherings in solidarity took place internationally. The support was also felt across the internet.

Credit goes to the left-wing Razem party, which gathered up to ten million people under the hashtag #CzarnyProtest (Black Protest), an unprecedented number in Poland.

The initiative was supported by a number of public figures, who, just like ordinary citizens, had themselves photographed in black. And what’s more, Razem managed to take the protest from the internet to the streets. The protests were co-organised with Barbara Nowacka, former hope of the Polish left, whose coalition United Left did not succeed in the last election, and her initiative “Save Women”. For the benefit of all, the otherwise competing parties arrived at the conclusion that if they can’t agree to fight for the liberal minimum together, it will discredit everyone.

The popular pressure which forced the government to retract its intentions to pass the law is a clear success of mass mobilization. However, despite the support which the protest movement has amassed, it points to the limits of socially liberal forces in a system in which the conservative Law and Justice party, thanks to its parliamentary majority, has almost unlimited power.

The rejection of the bill is a victory, but a more sober look shows that one of the largest social struggles ever undertaken by the liberal and left portion of Polish society is only a confirmation of something essentially incompatible with progressive politics. It is only the forestalling of something even worse.

Nevertheless, the real success of the protests movement gives hope that their symbolic meaning will show itself to be more significant than just an effort to preserve the status quo. The mobilization of a wide spectrum of society was successful also thanks to the fact that perhaps for the first time since 1989, the non-post-communist left in Poland was able to unite for a common cause. Various political forces in Poland place hopes in different sectors of society: for Razem, it is precarious workers; for the neoliberal Nowoczesna party, it is liberals in big cities; for the formerly ruling Civic Platform, it is everybody who is anti-PiS. But in the end, women turned out to be the unexpected common denominator of political change in Poland.

“Kaczyński, your government will be toppled by women“, protesters shouted at the recent demonstrations. So far, they have managed to get a concession in the case of a particular law. But if they are able to capitalize on their unexpected succcess, Polish women can achieve much more in protecting their rights, which the conservative government is systematically supressing. There is still a long way to go: the possibility of undergoing an abortion in Poland currently depends on a number of socio-economic factors, beginning with compulsory religious education and the absence of any sexual education, through the attitude towards contraceptives (or even knowledge of contraceptive methods), up to the possibility of affording the procedure, regardless of the social ostraciyation that comes with it. Any comprehensive solution will thus need to address a whole host of issues. The struggle for women’s rights in Poland continues.