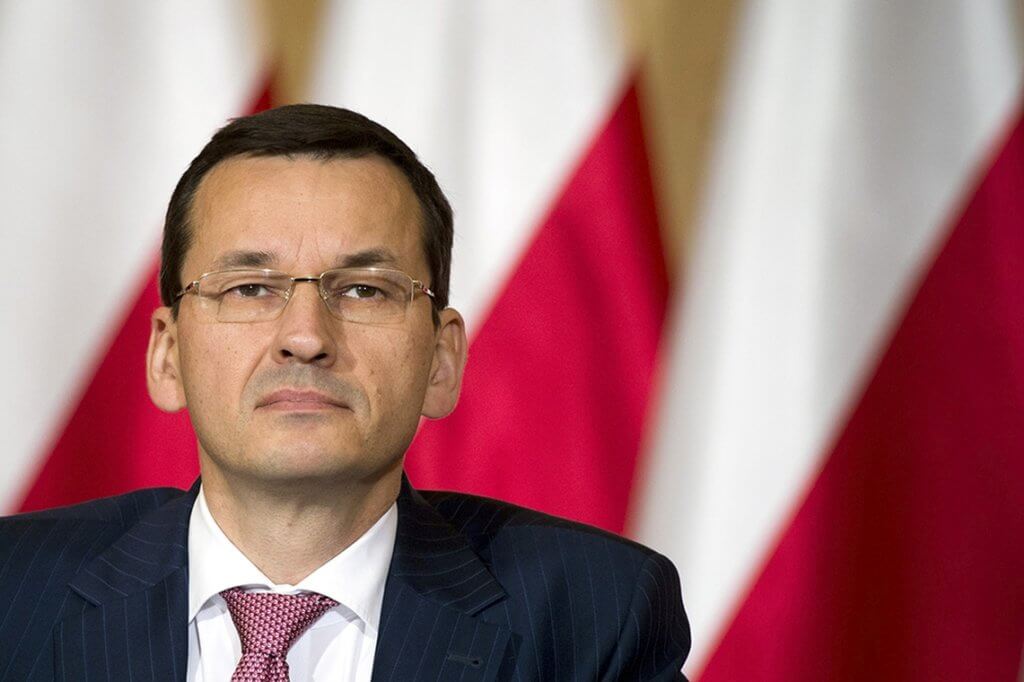 Józef Piłsudski was not an expert in economics, but he at least could rely on his advisors. Admittedly, they were not infallible. Their initiatives would often smash on the cliffs of bureaucratic resistance, but their vision and tangible achievements (such as the port in Gdynia or the then-nascent Central Industrial Region) are indisputable. Today’s ‘state leader’ of Poland has one thing in common with Marshal Piłsudski: his ignorance of economic affairs. Unfortunately, he has no-one to make up for it. The short report recently published by Fundacja Kaleckiego, tellingly entitled Morawiecki’s Plan – a Fiasco from the Start?, sadly bears witness to this fact.

“Morawiecki’s Plan” (aka Strategy for Responsible Development) was first criticised for being a PowerPoint slideshow instead of a development plan, let alone a responsible one. It took the officials in the super ministry 200 pages to lay it all out, and the few readers who lasted until the end indicated, among other things, the incoherence of the ‘activist’ rhetoric with anachronistic premises (such as: increased savings as a precondition for investment), the methodological hodgepodge (particular voivodship-level investments in local infrastructure named right next to the 270 billion złoty in “European funds,” so carelessly thrown around), or finally the inconsistencies between means and ends (better working conditions without mention of trade unions’ role). The report published by Fundacja Kaleckiego adds another brick to this wall – the key ‘indicator’ assumptions of the Strategy for Responsible Development have as much to do with reality as the Strategy’s goals with the governmental budget for 2017. Which – in both cases – is nothing.

In order for Poland to meet SRD objectives, European Union member states would have to experience a 14-year stagnation period.

The SRD’s authors have selected as their key indicator – as a basis for future evaluation – disposable income per capita, which is what on average we as earners are left to spend or save after transfers and taxes. Rightly so, because this describes the Polish standard of living more accurately than the fairly abstract GDP per capita. However, this is where the advantages of this choice end. The assumed values of this indicator, promised to us for the future when the strategy succeeds, are completely made up. By 2030, Poland will supposedly have caught up with EU average gross household disposable income. Is this possible? The author of Fundacja’s report, Dariusz Standerski, predicts: “in order for Poland to meet SRD objectives, European Union member states would have to experience a 14-year stagnation period or a crisis serious enough to bring down disposable income in EU to its 2015 level, and the income of Poles would have to increase by 2.51 percent yearly. In the recent decade, disposable income growth in EU member states has not fallen below 1 percent, except in 2008 and 2013. Average growth in this period reached 2.1 percent yearly. At this rate, the Ministry of Development would have to throw into our pockets an additional 4.6 percent yearly for the next 14 years.”

“Are you saying something’s more important than the law?” is what we asked Polish Deputy Prime Minister Mateusz Morawiecki. Watch his answer pic.twitter.com/H5g5hu7vfj

Considering the significance of exports to EU countries for the Polish economy, stagnation in our neighboring countries would only theoretically help us “catch up to them and outrun them”, because their decreased demand would result in our decreased sales. And what if they do well? We need to remember that the disposable income with which we are so preoccupied is not GDP. Experience shows that in times of economic revival, DI grows more slowly than GDP (and in crisis: drops more slowly).

In order to reach the disposable income level assumed by the SRD in 2030, Poland would have to achieve economic growth compared to that of India and China.

Conclusion? “In order to reach the disposable income level assumed by the SRD in 2030, Poland would have to achieve economic growth compared to that of India and China”. Any comment seems redundant here.

Along with general prosperity, the SRD predicts that poverty will be significantly reduced already in the first years after the implementation of the strategy. Certain steps in this direction have, in fact, been taken. Data shows that the Family 500+ programme has led to a meaningful decrease in relative and absolute poverty among families with children. However, reaching indicators, as predicted by the SRD, would entail the employment of many more tools for wealth redistribution, which the budget will, most likely, not be able to afford in the context of this programme and its inadequate balancing by tax revenue.

The rich imagination of SDP’s authors and the inconsistencies between the government’s real policy and its principles – noticed even by Mateusz Morawiecki – are not its only problems. The biggest issue for the strategists in the Ministry of Development is not even the divide between theory and practice, dream and reality, but rather the discrepancies in the Strategy’s objectives in relation to the declared goals of the budget legislation prepared by the government for 2017. The governmental bill expects “the stabilisation of the real GDP growth rate at the level of 3.8-3.9 percent”, which – although being an optimistic expectation anyway – is far below the level which would allow us to reach the medium-term objectives set by the SRD. Of course, one could say that this is how the government reveals its fairly realist viewpoint, appearing much more down-to-earth in a legal document, like a budget bill, than in a propagandist one, like the Strategy.

Is this a fantasy? Well, it is not the only one in Law and Justice’s economic programme.

According to the SRD, the supposed additional growth would result from an increase in investment, while the budget bill states that “economic consumption will continue to be the main source of additional growth”. Moreover, the Strategy declares that “further growth in productivity accompanied by a higher wage level without significant loss in competitiveness is the essence of the challenge which we need to accept”, whereas in the explanatory statement of the budget bill “a gradual increase in the contribution of capital to GDP” is named as an acceleratory factor for growth. The author of Fundacja’s report, lucidly noticing that the former entails “a decrease in the contribution of wages”, points out that “in two governmental documents on short-term and medium-term economic development, we find prognoses of an increase and a decrease of the gap between labor wages and capital returns”. Is this another inconsistency? Not necessarily. Extremely rapid growth in our economy’s productivity could result in “a significant increase in wage level” as well as…an even larger increase in capital returns. Is this a fantasy? Well, it is not the only one in Law and Justice’s economic programme. See: two paragraphs above.

Besides the government’s praxis and the budget bill, we can also consider the declarations of ministers. There are some vague plans for tax reforms announced, but the current lack of details and contradictory announcements (i.e. on the intended, and then withdrawn, gigantic tax reform, that was supposed to unify income tax and contributions to the retirement system) only add uncertainty to a generally troublesome investment climate, likely not without its consequences to the already noticeable fall in private investment in Poland today. Which is obviously contrary to the Strategy’s declared objectives.

The education reform that the government has promised – and is apparently implementing – is only adding to the problem. The reform decidedly does not take into account the SRD’s declarations on “increasing skills and human capital”. Which does not make it neutral in relation to the objectives of “Morawiecki’s plan”, but rather has a negative impact – as Fundacja Kaleckiego’s report reads: “the cost of reorganizing the education system will be entered in municipal budgets, and budgetary grants do not cover such expenses. This means that the reform will be conducted at the expense of the investments in municipal budgets”. This is the same category of investments whose value has fallen dramatically after a year of Law and Justice’s rule.

Our rulers let themselves be carried away by their own propagandist optimism.

In his Leap into Modernity, Adam Leszczyński recalled the 40-year-old tale: “for a moment one could have believed that Poland is gaining strength, and its people are indeed more prosperous. Our rulers let themselves be carried away by their own propagandist optimism. Edward Gierek’s [1st Secretary of the Central Committee of Polish United Workers’ Party] economic advisor, assumed a growth rate of 10 percent yearly and a 40-percent share of accumulation in the GDP for two or three decades (!). At the Party’s conference in October 1973, the gross national income planned for the five-year period (1970-1975) was increased from the already impressive 39 percent to 55 percent, to the sound of applause.”

Creative accounting and statistical jugglery are much harder to do in the European Union than in Comecon; financial markets also discipline the peripheries much faster than the Soviet Union. I suspect that for Morawiecki, the former president of the third-ranking bank in Poland and a natural-born anticommunist, the comparison to Gierek is highly offensive.

Thus, I am not comparing, but reminding: paper bleeds little, and so does PowerPoint, but aroused aspirations always grow faster than the GDP.