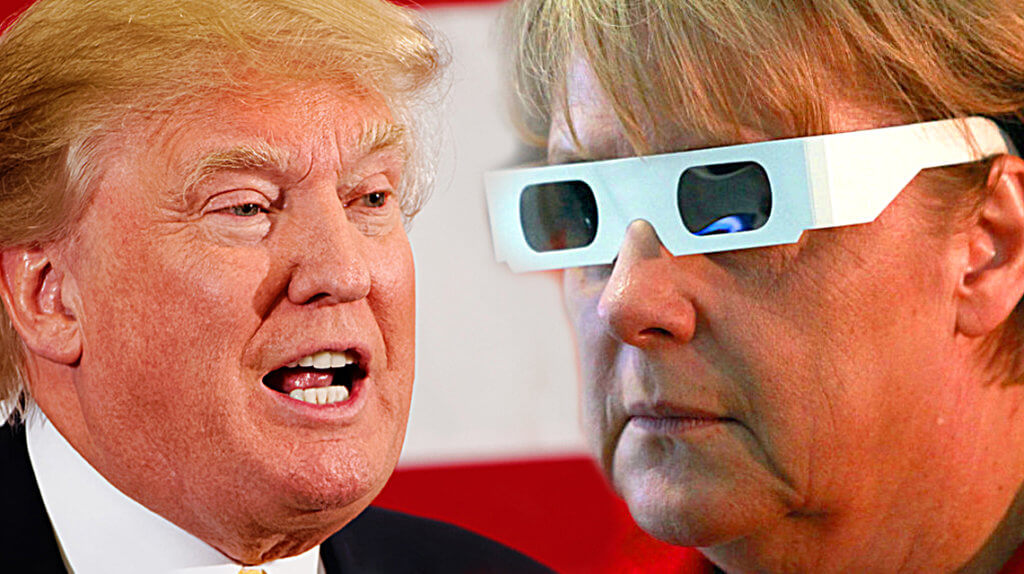 After the Polish elections of Autumn 2015, when the conservative PiS emerged victorious, many pundits and analysts asked: where will the country turn next? It was widely contended that the pro-European and “ever closer union” approach to foreign policy, backed by Germany’s chancellor Angela Merkel, would no longer stand. To whom then will Poland, a former poster-boy for a successful post-communist transition and European integration gone rogue, look for support and strategic alliances? The US, UK, Russia or elsewhere? Or will Warsaw, albeit reluctantly, work with Germany with all the other “alternative” alliances which have proved shaky at best and pure fable at worst?

Angela Merkel’s visit to Poland, shortly after the anniversary of PiS’s swift (and controversial) power grab in Warsaw, at last gives substance to some of these musings. After meetings with PM Szydło – which went “surprisingly well”, according to government sources – and de facto leader Jarosław Kaczyński, Poland didn’t necessarily “move” anywhere, but an outline for future policy was developed – and quite an interesting development too: Poland’s place within the EU is no longer a question to be resolved within the EU. There are, and will be, different actors at the table, even though communication between them is zero.

The more protection against Russia the EU can provide, the more inclined Poland is to work with Berlin and Brussels.

With Trump’s presidency and Rex Tillerson at the helm of US diplomacy, the UK about to trigger Article 50 and the upcoming elections in France, yet again there’s a familiar elephant in the room– Russia. Poland, one of the EU’s biggest states and a driving force behind the Eastern Partnership project and Russia’s neighbour (via Kaliningrad), wishes to have a say in every matter involving dealings with Moscow. So the more protection against Russia the EU can provide, the more inclined Poland is to work with Berlin and Brussels. Will Germany abandon the Nordstream-2 gas pipeline project with Russia – “unacceptable” in the words of PM Szydło – to get Polish backing in future reforms within the EU? That’s a tough sell.

However, strong Polish anti-Putin rhetoric might exist, at the same time as the PiS party remains calm about Trump’s alleged cosying up to Russia and tries to soothe any tensions that might arise. This, however, involves Germany, too –Merkel is one of the most vocal critics of the populist surge in the Western world, clearly eyeing Trump with suspicion and retaining an assertive stance towards his flamboyancy. One can hardly be anti-European and anti-Putin at the same time, so sooner or later Poland will, presumably, come to terms with more moderate conservative voices in Europe, though will strongly oppose any “meddling in national affairs” – an assertive, quasi-isolationist, stance which is becoming more and more popular among the right worldwide.

The PiS government invests a lot of confidence in the US’s 45th president, not rushing to condemn or criticise any of his moves.

Those who detect an echo of Donald Trump’s agenda Poland’s hard-line opposition towards the refugee resettlement programme – the “Poland first” attitude and hostility towards international institutions – might not be off the mark. The PiS government invests a lot of confidence in the US’s 45th president, not rushing to condemn or criticise any of his moves, even (as Poland’s FA minister, Waszczykowski, did) voicing “understanding” for his so-called ‘Muslimban’. It is clear as day that Poland will seek the best security deal with the US it can get, which was signalled before when Poland backed down from a military deal on buying battlefield helicopters from France, a move which gave American companies the upper hand. Despite America’s reluctance, Poland will double down its efforts to raise NATO’s presence in the region, tempting Trump to act like the strongman he wants to be perceived as. Unless this fails miserably – with, for example, Trump genuinely moving to dismantle NATO or substantially weakening it on the eastern flank – Poland will sit on the fence when it comes to cooperation with Berlin.

Whether this will continue depends on the success of the defence commitments Poland secures from Germany and the EU as a whole. Meanwhile, Poland will get credit for working with Trump’s administration towards a better security deal. Warsaw is – not without some merit – disillusioned with the military and border security efforts on a European level.

Kaczynski and his party are staunchly committed to the coal-based economy and immigration (PiS is blaming Merkel for the crisis and laments the “failures of multi-culti policy”), which are the next two big obstacles which stand in the way of Warsaw eventually falling back in line and declaring some renewed EU commitments.

Merkel will declare that Poland is not a threat to the EU’s stability and democracy.

When, at some point, somebody – Merkel, most probably –convinces Kaczyński that he’ll get all the security guarantees he wants from Europe, without him being “forced” to take in any refugees, Poland will swiftly turn to support Germany in combatting any further destabilization within the EU. Merkel will declare that Poland is not a threat to the EU’s stability and democracy, but an ally in efforts to maintain them – a symbolic recognition the ruling elite in Poland so desperately craves. To do so, the German chancellor will effectively have to act against the EU Commission and the Parliament, both of which have been vocal opponents of PiS’s reforms in Poland, putting the country under “rule of law” procedure. What do I think? My bet is that Poland will certainly work with the US, but there’s a 50/50 chance they won’t collaborate with Germany.

Time is of the essence: should Poland and Germany not reach a swift agreement, it’s not impossible that, with Poland’s direct or indirect support, Putin and Trump will benefit the most– a less than ideal scenario.