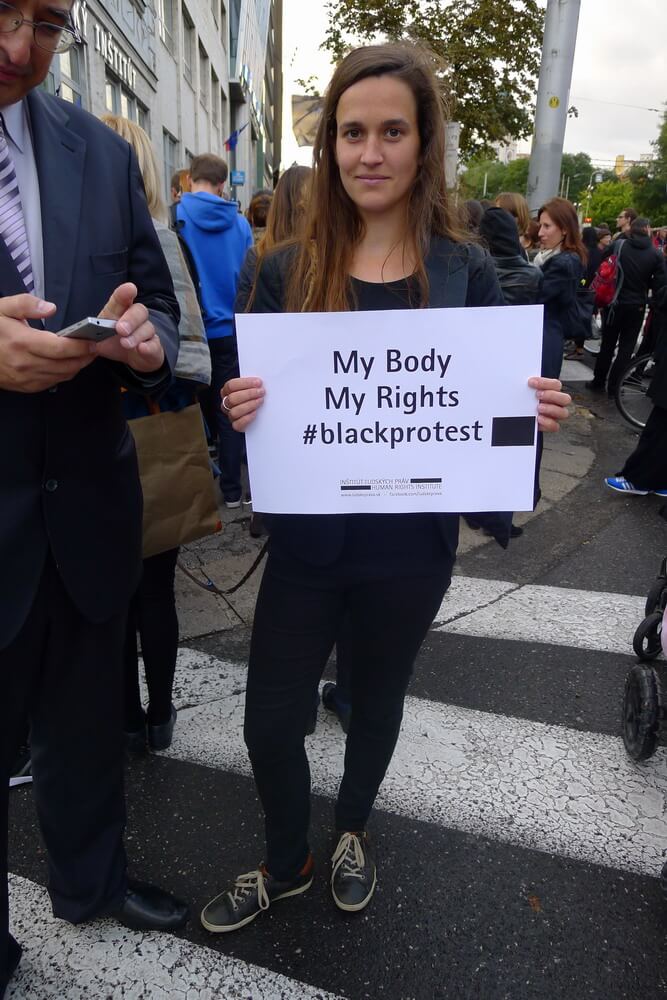 As a response to the abominable abortion ban proposal in Poland, a small grassroots on-line feminist group organized a solidarity gathering in the city center of Bratislava, as part of the international #Czarnyprotest (Black protest). As the Polish embassy is in a remote part of Bratislava, the Polish Institute served as a symbolic gathering place instead. Some 200 people turned up to the Monday event, which is very encouraging considering the usual turnout of 30-50 people to human rights protests, especially when linked to foreign countries. Even more encouraging is the fact that the ‘usual crowd’ consisting of professional NGO people, media savvy activists, and intelectuals, was outnumbered by ‘ordinary’ men and women, many with children. 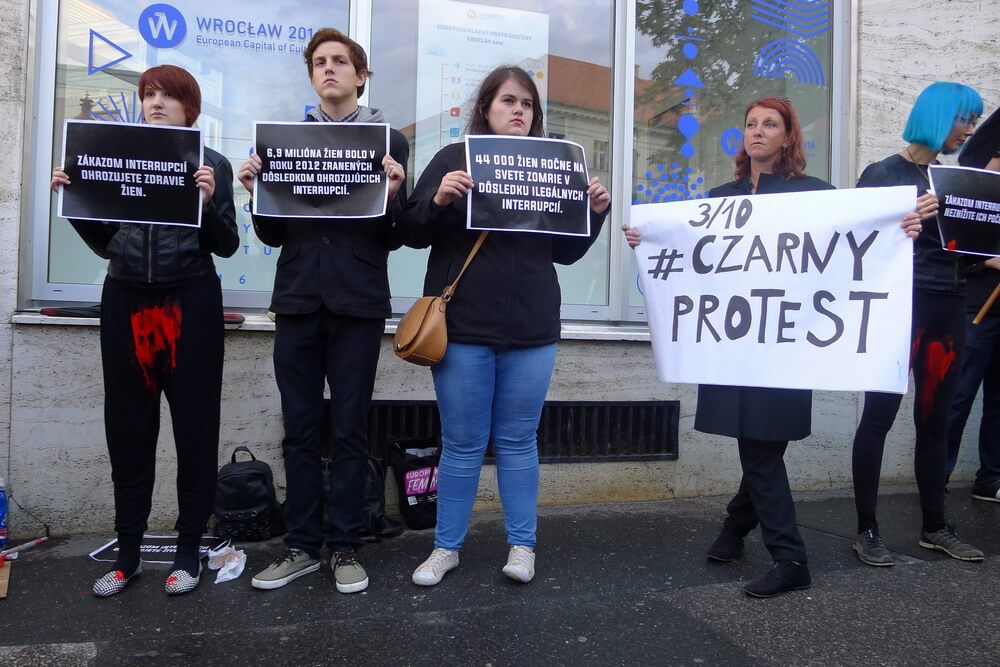 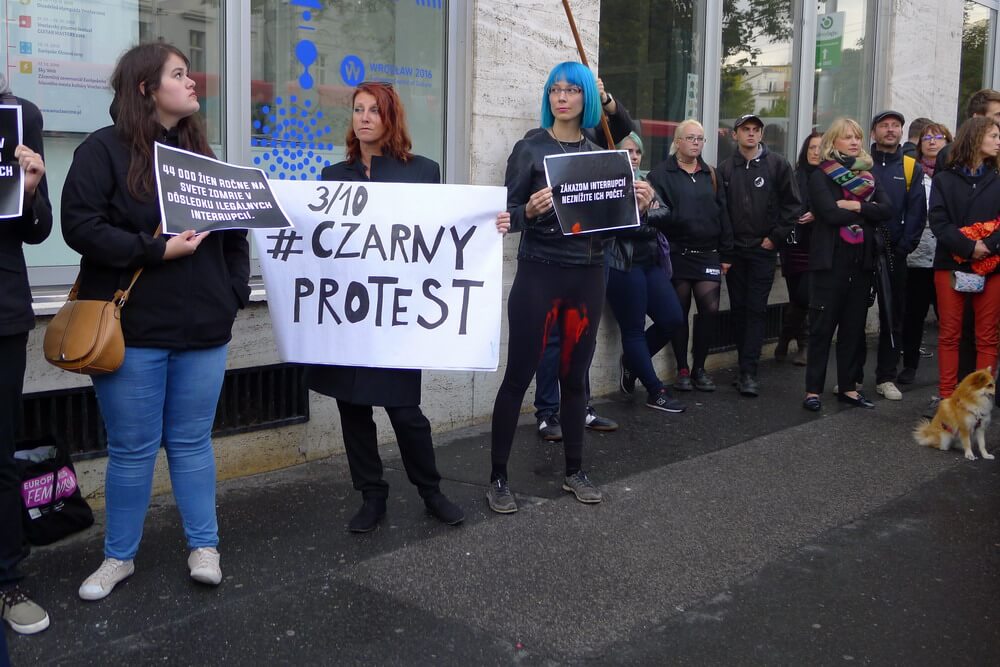 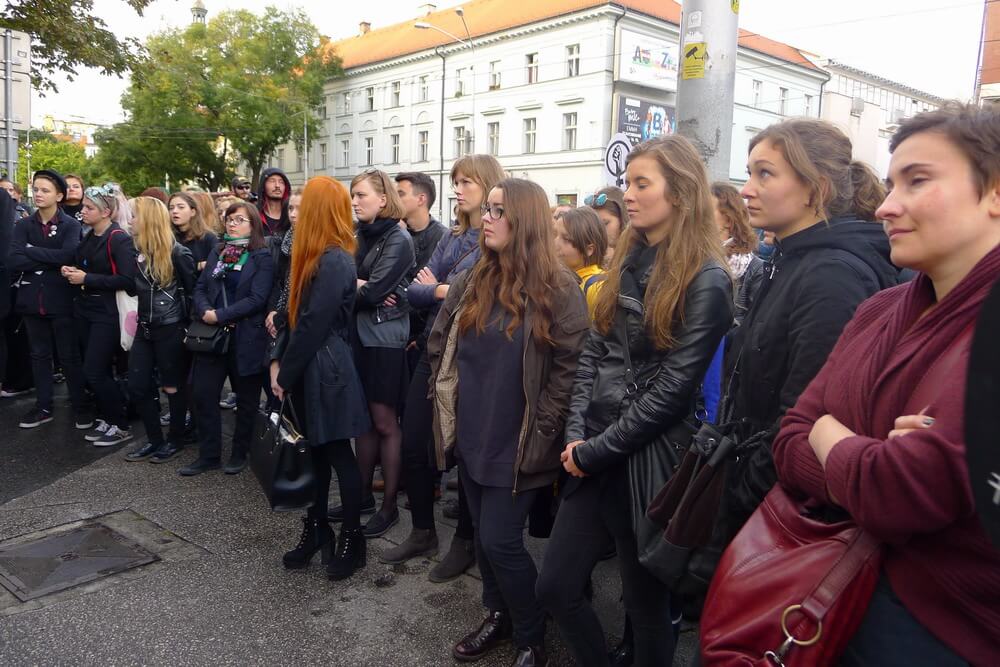 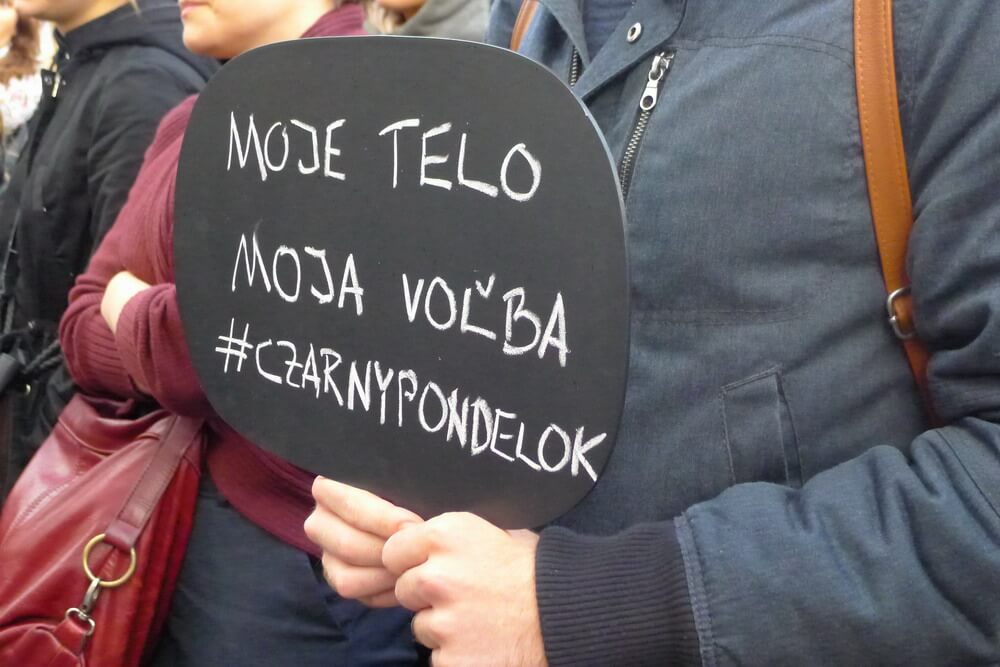 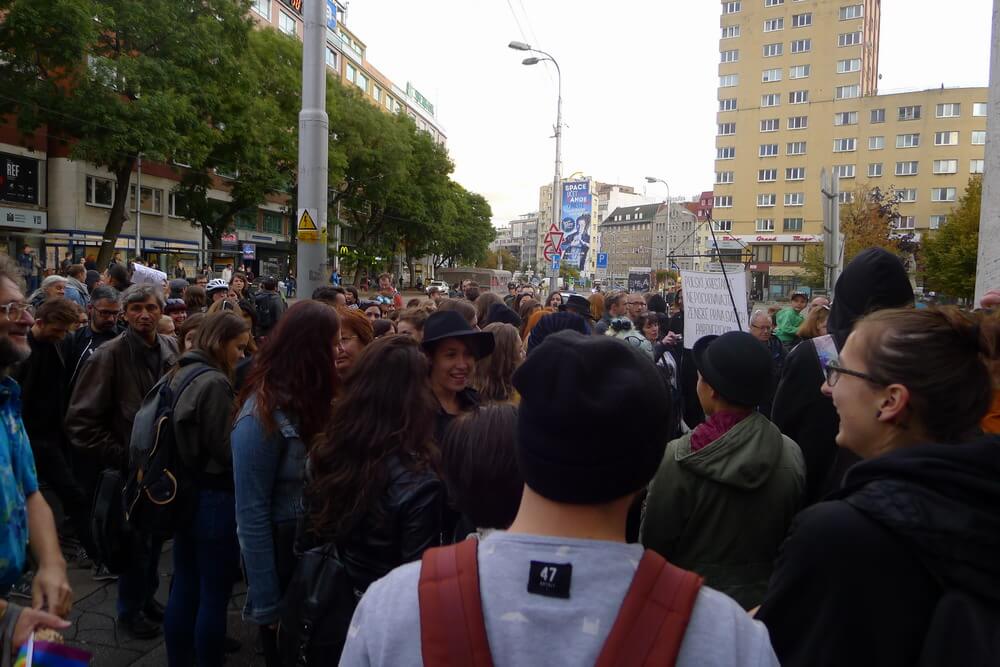 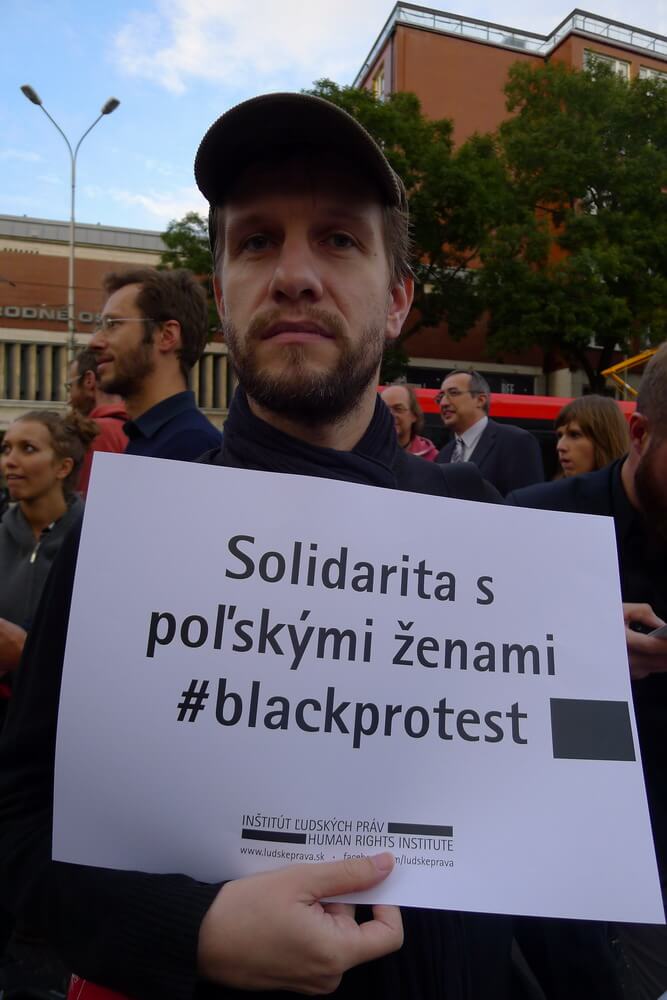 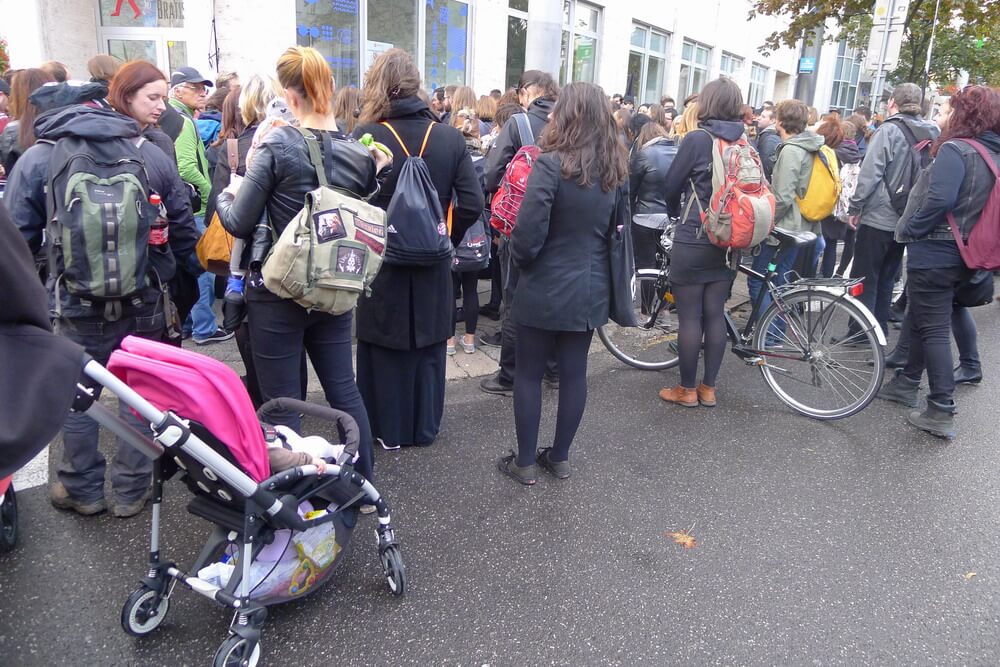 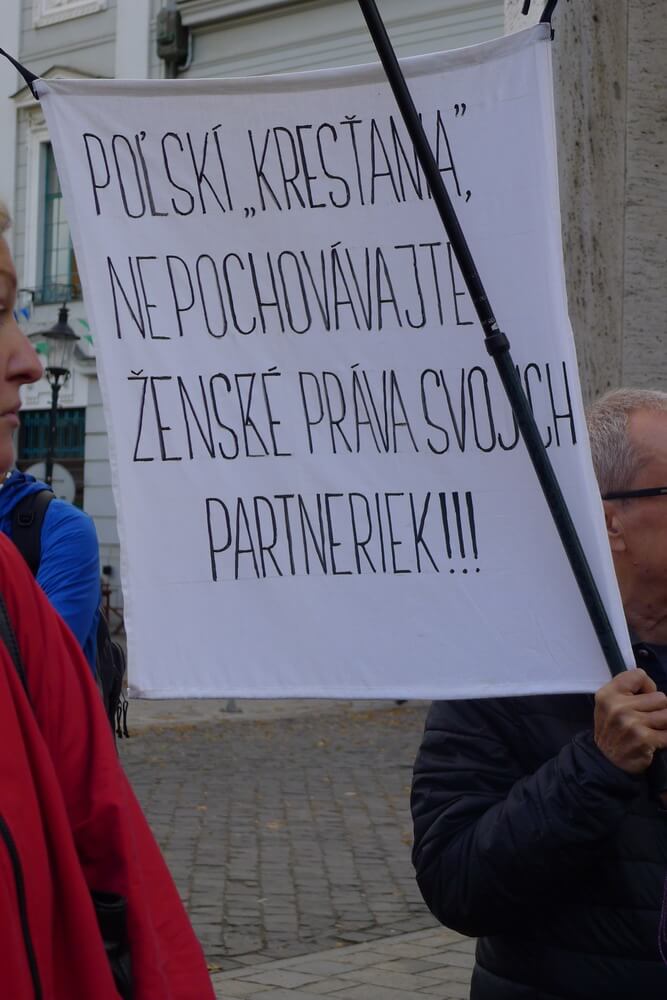 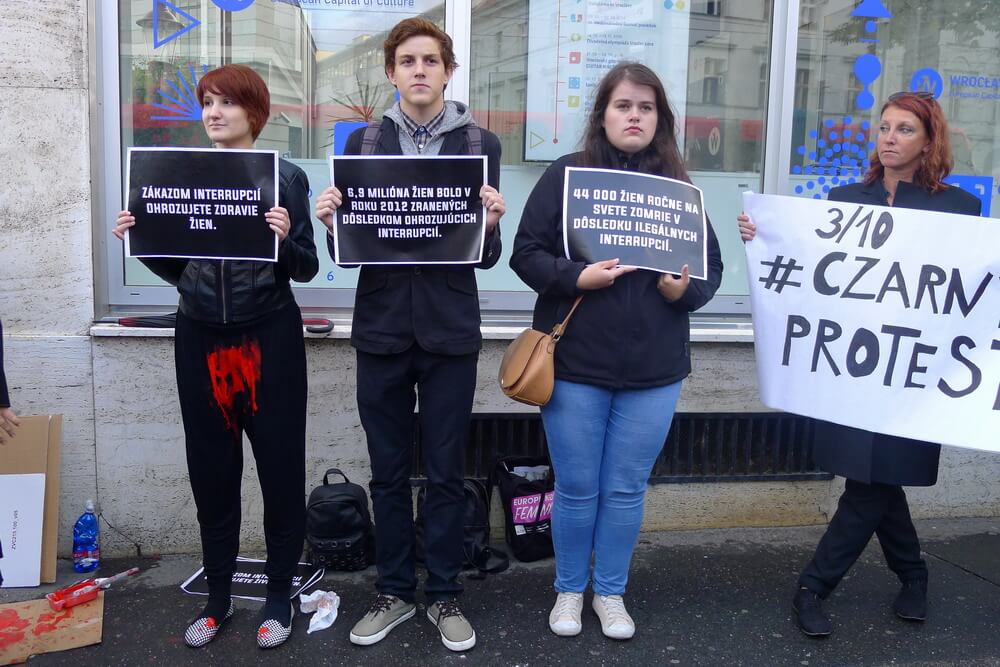