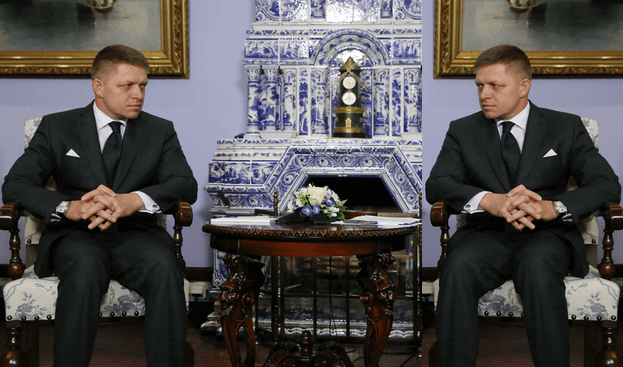 Before the parliamentary election there was a purpose to such rhetoric; SMER-SD (the Direction – Social Democratic party, lead by Robert Fico) wanted to attract extreme right voters. For example, those who would otherwise vote for Kotleba – People’s Party Our Slovakia (Kotleba – ĽSNS). However, it is difficult to understand the reversion to this rhetoric now.

“I have said that I do not want the emergence of an integrated Muslim community in Slovakia and I will say it again”, the Prime minister stated in his first post-election interview. Let us keep in mind that there are around five thousand Muslims in Slovakia even though the official statistic is lower; a 2011 census registered less than two thousand Muslim inhabitants.

[easy-tweet tweet=”The Prime Minister should stand up for all citizens who respect the Constitution and laws of the state. “]

Muslims work here as doctors, lawyers, businessmen, and in the service industry. There are many families working as chefs and waiters, even ice-cream vendors. Above all, Muslims come to Slovakia as students. Recently, following a heart attack, Robert Fico was hospitalized at the National Institute of Cardiovascular Diseases, which is under the direction of Dr. Mongi Msolly. This successful doctor is an immigrant from Tunisia, a majority Muslim country. How might he be expected to react to the statements of his former patient?

Another Slovak doctor, a Muslim from South-East Asia, told me in a private conversation with me after the parliamentary election, that in his time in Slovakia, he has witnessed and experienced great hostility towards the Muslim minority. He blames the Prime Minister’s pre-election rhetoric for the bullying his son suffered at the hands of his schoolmates.

Islam cannot operate as an official religious organization in Slovakia. This is because the signatures of twenty thousand believers are required by the authorities. Until an amendment to the religious registration law in 2007, it was enough for a religious community to collect these twenty thousand signatures, and the signatures of sympathizers carried equal weight. The amendment, which tightened the conditions for the registration of unregistered religious communities, was introduced by the coalition between the ruling party, SMER-SD, and the Slovak National Party (SNS).

The exploitation of obscure historical events from the distant past is an equally serious issue: “We do not want to change the character of this country, which is based on the traditions of St. Cyril and Methodius”, Fico says. The meaning of this reference to the tradition of St. Cyril and Methodius in the preamble to our Constitution is ambiguous. Perhaps that is why this reference is subject to so many different interpretations, including one in which only the members of Christian churches may peacefully coexist in Slovakia.

Robert Fico, however, is far from embodying the understanding of Christianity held by Slovak Catholic bishops. After the parliamentary elections, they protested several times against the extremist rhetoric and values of Marian Kotleba‘s right-wing party (ĽSNS) which was supported by many Catholic priests. This party would now certainly find common ground with SMER-SD regarding “the protection of the tradition of Cyril and Methodius”. Unfortunately, to openly assert populist Christian values before elections always helps to gain political capital in Slovakia.

In searching for a suitable explanation we could employ the theory of Occam’s razor and say that Robert Fico hides his personal Islamophobia behind his duty to protect the constitutional interests of Slovakia and its citizens. Regardless of whether the prime minister’s Islamophobia is authentic or merely pretense, members of the Muslim minority who have been living here for decades are equal citizens of the Slovak Republic. The Prime Minister should stand up for all citizens who respect the Constitution and laws of the state.

In an interview, Robert Fico claimed: “It may seem strange, but I’m sorry, Islam has no place in Slovakia. Islam does not fit with the Christian nature of Slovakia. Let us not fool ourselves. If someone wants to say to me that Slovakia could be multicultural, that anyone can do as he pleases here, that our traditions will be changing because people will not go to church on Sundays, he goes against the essence of this country”.

Multiculturalism recognises and values cultural differences, including differences between the Muslim faith and Christian traditions.

Yes, Slovakia was historically a Christian country. But let us return to the first article of our Constitution: “The Slovak Republic is not bound to any ideology or religion”. The universal values by which our society is governed (do not kill, steal, or lie, be sympathetic, and attentive to others, be charitable, etc.) are often regarded as the values of the Christian world and the heritage of Europe’s Christian roots, despite the fact that followers of other religions believe in those same values. To some it is a point of satisfaction, and even a mark of the success of Christianity’s civilizing mission, that European atheists profess these same values as christians. Politicians like Fico demonise Muslims by making the simplistic but false argument that “since they are not Christians, they cannot share our values. And they cannot share our values because our values have (Judeo-)Christian origin. Muslims come from a different culture…”

Can Robert Fico, a lawyer, be expected to have a rich theoretical knowledge of what constitutes multiculturalism? Employing the concept of multiculturalism  pejoratively, as a synonym for nihilism, anarchism or the abolition of tradition, is not only wrong but also a propagandist strategy of the extreme right. Multiculturalism recognises and values cultural differences, including differences between the Muslim faith and Christian traditions. Multiculturalism doesn’t result in fewer people attending church on Sundays. It neither prevents nor insists that people adhere to a particular religious practice. It merely fosters tolerance of these different practices.

Robert Fico should not forget that he is Prime Minister to every citizen; those who adhere to Islam have the same civil, political, and social rights as other citizens. Does Mr Fico not realize that he is legitimizing the Islamophobic views of billionaire Boris Kollár (MP and leader of the protest party We are family) and the policy of Kotleba – ĽSNS and its extensive nationalist subculture?

He turns social democracy into national socialism, destroys political culture, tarnishes his image as a statesman and, ultimately, undermines the peaceful coexistence of citizens within the state.

Does the Prime Minister of Slovakia really need to encourage the enemies of the political establishment and of ethnic and cultural minorities, just to justify his position? He has already proven that this tactic of demonization does not work. He will not acquire more votes, neither will he defeat fascism in the back-benches of Parliament. As a politician, Robert Fico keeps repeating the same mistakes. He turns social democracy into national socialism, destroys political culture, tarnishes his image as a statesman and, ultimately, undermines the peaceful coexistence of citizens within the state.

Does the leader of SMER-SD know, as a self-declared leftist, that Islamic ethics are significantly closer to collectivism, statism and, ultimately, to socialism? Apparently, Robert Fico does not care about the support of left-wing voters and demonstrates that, henceforth, he will get along without them.