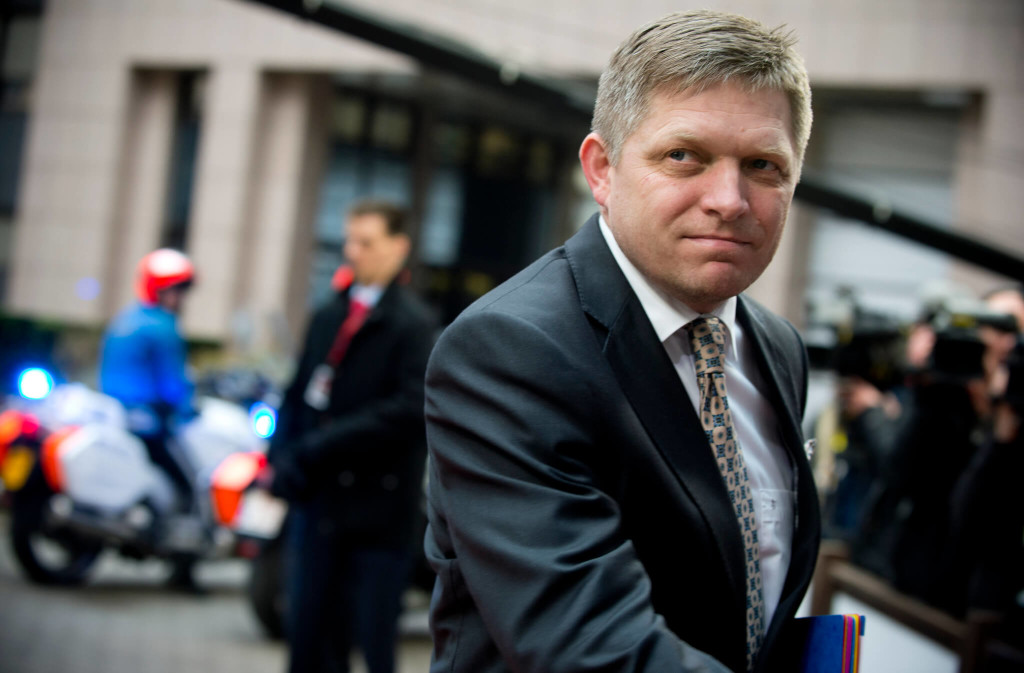 A foreign social democrat may very well praise Slovakia for the high success of the Left, as there is currently a one-party social-democratic government in power. This is a paradoxical situation, given that the government’s rhetoric and policies implemented on the ground are, in the end, more radically rightist than those of the German CDU. Since the 2012 elections, Slovakia has had a government of the centre-leftist SMER-SD, a member of the Party of European Socialists (PES) at the European level. A one party government is a rare phenomenon, since the proportional representation system in place invites, above all, the formation of coalitions, resulting in various multi-party compositions. During the rule of SMER-SD, the opposition – established rightist parties such as Christian Democrats, the Slovak Democratic Christian Union, and other economically liberal parties – have undergone a series of disintegrations, giving ground for the emergence of a number of smaller and less significant parties. As a result, there is no competitor to SMER-SD, which continues to dominate the political scene. Shortly before the March 2016 national elections, the party is heading the polls with a mind blowing 40% of votes, with the second highest-scoring party, SIET, reaching only about 12%

Not only trade unions, but any progressive movements face a challenge: how do they gain backing from a society that no longer trusts any notion of acting out of solidarity or for the public good?

The polls, nevertheless, seem to suggest that SMER-SD might not succeed in securing the majority in the Parliament again, and the prospects for possible coalitions are widely discussed, be it SMER-SD coalitions with the fundamentalist Christian KDH (with whom SMER already changed the constitution in 2014), the nationalist Slovak national party SNS that re-emerged from the ashes in 2015 after a season outside of the Parliament, or with the rather liberal, but new and unpredictable party SIET. For the future government, any of the possible coalitions would inevitably mean a slip further to the right – with a conservative or neoliberal flavour, depending on the partner.

The refugee crisis – a patch for all problems

The opening of a new immigration route through the Balkans and close to Central European countries has been a transforming event for public imagery and discourse. Until recently, immigration has been perceived as a phenomenon only marginally affecting Slovakia, and although it is still far from being a target country for refugees – Slovakia has vowed to accept up to 800 refugees, mainly under a programme of cooperation financed by the Austrian government –immigration is continually depicted as an imminent threat to national character and security, both by the media and the political elites. The strong anti-immigration stance is shared across virtually the entire mainstream political spectrum, in an unprecedented consensus, suggesting that refugees are largely being scapegoated as part of the electioneering to secure votes in the next elections. And not without consequences: in the recent Eurobarometer, more that 75  % of inhabitants declared that immigration is the biggest challenge facing Europe, a percentage well above the levels of Italians or Greek facing an incomparably more complicated situation.

Such a saturation of public discourse obfuscates all remaining social issues worthy of attention. A series of minor strikes is on the way, in which medical assistants and teachers are demanding fairer pay and improvement of often dire conditions of public hospitals and schools; their effectiveness is yet to be tested, as they are receiiving poor media attention in a country with a shallow history of social movements. Not only trade unions, but any progressive movements face a challenge: how do they gain backing from a society that no longer trusts any notion of acting out of solidarity or for the public good?

There is no surprise in this; with an average Slovak median wage of 760 Euro before tax, the shared understanding is that the economic situation of households is unsatisfactory. This is directly linked to what global corporations have learned in China or Bangladesh and are trying to apply in Eastern Europe: how to misuse poverty and precariousness to their profit. There is an abundance of cases in Slovakia, where the employer – a multinational corporation – has violated the rights of employees, refusing to pay for long overtime work, effectively limiting and threatening trade unions, or withholding evidence on work-related injuries, not to speak of the disproportion of workload and salary in comparison with Western European countries. The critique of private employers’ practices or the diversion of public funds into suspicious procurements are nevertheless de facto off the public agenda, which is occupied by either Christian fundamentalists’ attacks against LGBT and women’s rights, or more recently by disproportionately overblowing the “burden” and “threat” of refugee crisis.

The absence of the Left

While there objectively is a space and need for leftist ideas, they have no vehicle, as any alternative to the existing system comes in a proto-fascist package.

Part of the problem is the absence of any progressive movement that would embody a different narrative. There is no established leftist party or credible leftist political institution. All that remained of the former Communist Party (renamed the Party of the Democratic Left in the 1990’s), as well as the ‘original’, pre-war Social democrats was consumed into SMER. Admittedly, some much needed steps were taken to improve the balance of power between employers and employees after years of the “wilderness” of neo-liberal “reforms”, and the party does include progressive voices. However, SMER is a mainstream party in the true sense of the word and there is no demand for leftist policies, as the majority of voters simply do not know what to ask for. The disintegrated trade unions are of no help either. Over the years, they were able to score only very small victories, and it is up to smaller associations and journalist platforms to represent any sort of counter-narrative. Increasingly, this gap is filled by far right parties and the proliferation of conspiracy-prone, self-declared “alternative” media active in the online sphere. These media are effectively incorporating right-wing websites and organizations, rendering extremist content more sophisticated and harder to recognize at first sight, reaching still larger parts of the population. This is a serious issue. While there objectively is a space and need for leftist ideas, they have no vehicle, as any alternative to the existing system comes in a proto-fascist package. The leftist voter is thus vanishing; either turning idle or towards radical groupings. The task for the progressives in Slovakia is therefore obvious: not to let the public agenda be dominated by conservative forces attempting to, in various ways, curtail human rights, and by all means to reclaim public space for the idea of a more just society.