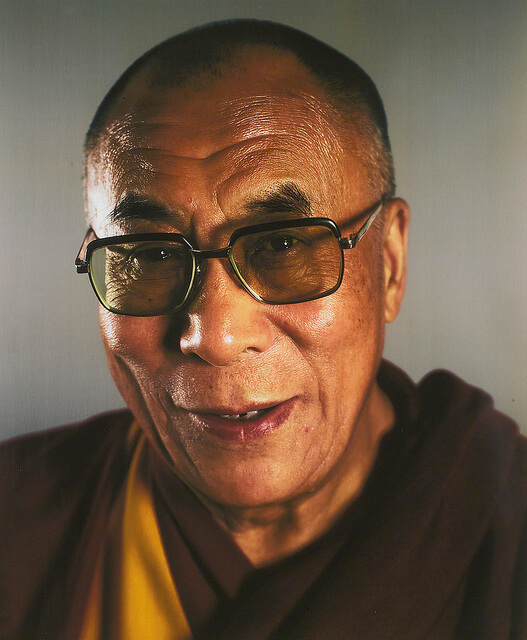 Much has been said and written about the Dalai Lama’s visit to Slovakia and the Czech Republic, or to be precise, the reactions to it. Unfortunately most of the discourse generated by this otherwise uneventful visit was as shallow and one dimensional as the political reactions which triggered it in the first place. The adoration of „His holiness“ by liberals and the not so liberal right, combined with silly anti-communism, neglects the fact that he considers himself a marxist on one side whilst demonstrating vulgar ignoration and vilification on the other.

The Dalai Lama, no matter how we personally might like or dislike him, is by now a rather marginal person of interest to Chinese foreign policy. Therefore the repercussions of his visit has to be taken into consideration in the broader context of Sino-European relations. It is inconsequential who met with the Tibetan leader if we solely take it as an isolated event. It is however extremely important when viewed as the manifestation of an ongoing problem.

First of all we have to agree on facts.

China does not have the world’s largest economy, the EU does. When, and even if, China becomes as powerful and as rich as was foretold by the prophets behind the term “emerging markets” is uncertain to put it mildly. Therefore the question we must ask ourselves is who is being naive and unrealistic? Is it those who meet with the Dalai Lama and  stand up for democracy, freedom and human rights when encountering Chinese officials or those who are willing to make a seemingly endless number of concessions? Is it even logical to assume that our forward bending diplomatic position will induce China to respect us as an equal partner?

It would be wise to consider what the fundamental difference between Chinese and our politicians is. It is not that they have been elected and have a democratic mandate, but in the end what aspects prevail in their decision-making. Chinese dictatorship, communist formally but in reality neo-liberal capitalist, is governed by long-term interests. On the contrary, our leaders usually think that the future ends on the next Election Day. Everything has, of course, its pros and cons.

It is clear that the price of the long-term economic development in China is the immense suffering of millions of people. Whether it is a result of the forced relocation or the slave-like working conditions (12 to 16 hour shifts six days a week, corporal punishment, public humiliation etc.) that make the local factories able to maintain such low production costs. Not forgetting those serving long-term prison sentences for any slight criticism of the government or its policies such as the formation of independent unions. Forced abortions for young women who become pregnant without the approval of their manager or supervisor are becoming more and more common in the last years; not only in the rural sweatshops but also in the city offices.

In the case of our governments we are witnessing the phenomenon that they are closing their eyes to the long-term consequences of their own actions.

This is shown through the chronic concessions given to China in every way imaginable only to avoid a possible cancellation of a minor contract or having to buy military equipment from our neighbors. We cannot stand up for the human rights of prisoners who are in labor camps because of their religion or political views. We cannot meet with the Dalai Lama, whose homeland is occupied by the Chinese, because Beijing representatives will be angry and we do not want to be at odds with a growing global power.

Every time we buy Chinese products (instead of local) we help the Chinese economy to grow. The Chinese army is becoming stronger with every weapon system we sell.

The political impact of China is growing with every diplomatic concession we make. If neither the former British Prime Minister, David Cameron, nor any of the highest representatives of the Czech Republic meet with the Dalai Lama, it demonstrates the success of the Chinese intimidation strategy. Furthermore it is a proof of how foolish those democratically elected representatives are to built on values and principles which China makes the utmost to deny.

History has taught us that if someone has power and the means to use it, they will. In the case of the grave human rights violations in China, it is therefore not “only” ethical principles we are fighting for, but also our own future. It is only logical to assume that if we continue in this spirit it would be only a matter of time before Chinese companies will, with their investments, bring also their labor “standards” to our own countries.