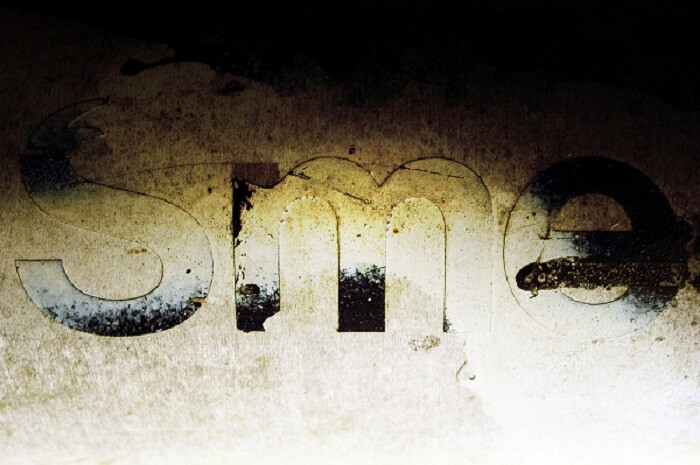 “What if every single news item, every report and every opinion were available only in an anonymous form, without citing an author or source? You would receive all the news in one scrambled package of scientific journals, charlatans’ websites, foreign news agencies and tiny blogs. Thankfully, there are filters that can clarify the world of information. Each newsroom, each media brand, each press agency is such a filter: ideally, they sort out the nonsense, lies and irrational ballast before they manage to contaminate the media space.”

These words were written by the artist and journalist Matúš Ritomský in SME, the third most-read newspaper in Slovakia. Apparently, he considers the paper he is writing for one of the filters designed to weigh information and bring what it finds serious – whatever that means – to its readers.

SME is publishing the authors of nonsense, lies and propositions that “go against the most basic democratic principles” from the Czech Republic.

Does SME do that, though? Or is it part of what Ritomský calls “alternative media” in another one of his commentaries: media willing to publish anything as long as it fits their ideology? He seems to think that “the so-called mainstream media often sacrifices objectivity to a certain worldview” and we can only agree. What, then, is the contradiction between what Matúš Ritomský writes and what SME publishes?

The newspaper regularly publishes statements by members of the criticized Czech think-tank Evropské hodnoty (European Values), the antithesis of “systematic, critical, transparent and honest” when it comes to using data. Quite the opposite: their expert studies suffer from “interpretation based strictly on neo-conservative ideology” and often “fail to meet fundamental ethical standards.” They were also accused of “subjecting data from renowned organizations to ideological interpretation.”

The representatives from the foremost Czech scientific institutions – the Charles University in Prague, the Metropolitan University, the Institute for International Relations and Association for International Issues – that signed the critique above are right to point out the impossibility of distancing oneself completely from ideology, but the claim of expertise in public debate “has to be supported by serious research or practical experience.”

More criticism was voiced by Eva Holá, the laywer of the Czech Organization for Helping Refugees: according to her, one of the think tank’s propositions was “lacking professional analysis and knowledge of the relevant terms and legislature.” Content-wise, European Values were criticized for its statements regarding migration, Russian foreign policy, security, extremism and terrorism.

SME, however, gave the floor to the think tank’s director, Radko Hokovský, to speak about migration quotas (13.10.2016) or to speak about security matters during the coverage of the Bratislava summit (15.9.2016). The deputy director, Jakub Janda, expressed his opinion on the relations between Russia and Ukraine (9.11.2016).

It seems that when it comes to being the sort of filter that “ideally sorts out the nonsense, lies and informational ballast before they manage to contaminate the media space,” as Matúš Ritomský would hope, SME has failed. Indeed, it is publishing the authors of nonsense, lies and propositions that “go against the most basic democratic principles” from the Czech Republic.

My position is rather different from that of Mr Ritomský. I do not believe that ideologists, like the representatives of European Values, should be given no space in the media – although I admit I do not understand why we need to invite them from abroad and so lend them the authority of ‘foreign experts’.

Discussion is important, and even non-expert authors need to be engaged with; besides, we would be hard-pressed to find a better place for critique than honest dialogue. Last week’s interview with Jakub Janda in SME, however, didn’t present a single question based on the Czech discussion quoted above. This is where the famous, opinion-making journal failed, by once again “sacrificing objectivity to a certain world-view.”

What would help would be a critical approach to information sources that produce ideology and try to share it with journalists.

As Matúš Ritomský puts it, “not even traditional media can avoid manipulation and disinformation.” He proceeds to add that the consequence of that is the loss of readers’ trust – many critics would certainly wish for the readership of SME to be able to recognize their lack of professionalism and critical discussion, even in spite of its ideological one-sidedness. I am, however, afraid that the relationship between the readers and media does not operate on those kind of market principles: if it were the case, an entire pillar of democracy would have to collapse following the war in Iraq. What would help, on the other hand, would be a critical approach to information sources that produce ideology and try to share it with journalists.

***
An edited version of this article originally appeared in the journal SME. Translation by Michal Chmela.