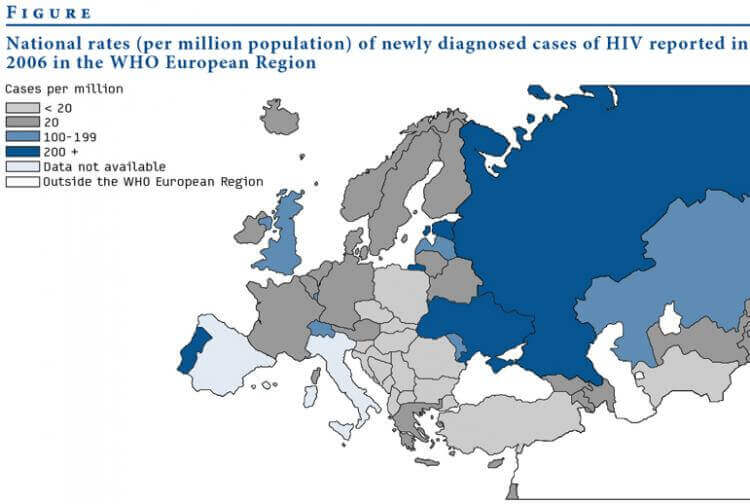 The “Lavra” clinic for those infected with HIV/AIDS and hepatitis is located near the territory of the Kyiv Pechersk Lavra monastery. Until recently, the clinic served the needs of 9000 patients from all over Ukraine, the only medical institution to provide residential treatment for such illnesses. However, now the premises of the clinic are almost empty – a few patients are left on their beds, while all the equipment has been removed, and the medical staff has been fired.

The reason this is the transference of the hospital premises to the Ukrainian Orthodox Church (Moscow Patriarchate). In 2011, the National Academy of Medical Science (NAMS) made a decision to disband or transfer the “Lavra” clinic to other premises, which were supposed to be built specifically for that purpose. The situation worsened after the decree of the Cabinet of Ministers on 1 July 2013. This obliged the patients and the medical staff of the clinic to vacate the premises by July 8 and deliver them into the possession of the Ministry of Culture, which was to then transfer them to the church holdings of the Kyiv Pechersk Lavra conservation area. But the active stance taken by the patients and the medical staff compelled the authorities and the church to accept a concession: on July 11, all sides of the conflict signed a memorandum establishing that the clinic will remain untouched until new premises are repaired and brought into line with the respective provisions.

Despite the memorandum, it seems that other agreements between the National Academy of Medical Science and the church have been made. On September 12, the patients chained themselves to their beds in protest at the violation of conditions of the memorandum. According to them, NAMS insisted on the forceful transfer of the clinic to the new premises, even though these do not meet hospital standards. The Academy  shut the clinic down, imposed pressure on the medical staff to not deliver services, and removed all of the equipment and medication.

Although the hospital has stopped functioning, some of its patients still remain its former premises, requiring the creation of appropriate conditions for their treatment. For the second month, they are under pressure by bureaucrats and the church. The latter, although it publicly condemned the actions by the head of NAMS Andriy Serdiuk, is actually involved in the terror against those who remained at the clinic. According to the patients, representatives of the church have themselves shut off the power supply in the clinic’s former premises; moreover, they superintended the removal of equipment and medication.

All of this motivated the former patients and doctors to protest at the Cabinet of Ministers on October 8. They stressed on the absence of an institution in Ukraine that could provide in-patient treatment for severely ill patients diagnosed HIV/AIDS. The clinic’s shutdown has already caused five deaths in two months. The end of repairs in the new premises is expected not earlier than the end of October, but the pace of work so far shows that it may take longer. Moreover, the location and storage conditions of the medication and equipment taken out of the hospital are as of now unknown.