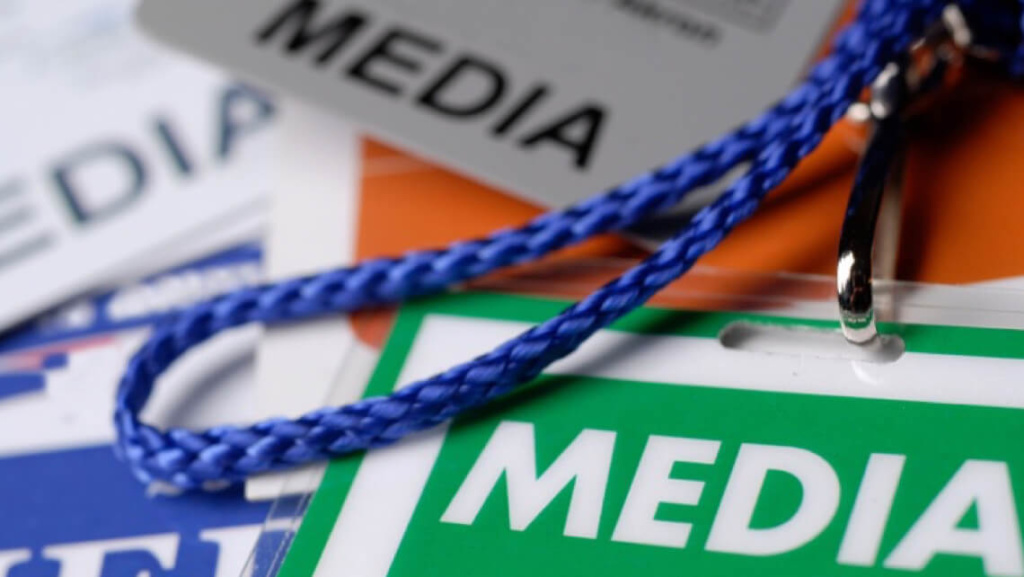 On May 7, the website of the Ukrainian “Myrotvorets” (Peacemaker) centre published the personal data and contacts of both Ukrainian and foreign journalists who received accreditation in the so-called Donetsk People’s Republic/Luhansk People’s Republic (DPR/LPR). Certain members of the Ukrainian Parliament supported these actions, including Anton Herashchenko, deputy of the “People’s Front”, who called for the strengthening of state control over television networks and the accreditation of journalists. He referred to this disclosure of personal data as “a gift to the Victory Day Celebrations in the LPR/DPR”. This “gift” subsequently led to numerous threats against media workers. The situation was even more dangerous for the journalists working in the LPR/DPR who found themselves on the “lists”. On May 11, journalists from different publications issued a joint statement condemning both the activity of the “Myrotvorets” website and the politicians who supported it. The OSCE Representative on Freedom of the Media, Dunja Mijatović, expressed concern over the disclosure of the personal data of more than four thousand media workers. On the same day, the Prosecutor’s Office in Kiev commenced criminal proceedings under the article on the “obstruction of journalistic activity”. On May 13, “Myrotvorets” announced the decision to shut down its website, but activity was soon resumed. On May 24, another list of foreign journalists who were accredited in the “DPR” was published.

In order to understand this complex situation, we must consider the discussion of the events in the public sphere and on social networks. There were numerous calls to punish “traitors”, to ban journalists from visiting the Anti-Terrorist Operation Zone (ATO), and to only allow for the public circulation of information issued by the General Staff. All of these reveal the complete misunderstanding of the conditions and dangers journalists are exposed to in the war zone. Another big problem is that only a few understand the importance of receiving unbiased, complete, and independent information about the DPR/LPR and the conditions in which people live there. To clarify all of these issues, Political Critique spoke to human rights activist Tetyana Pechonchyk, freelance correspondent Anastasiia Mahazova (who is also co-author of the book “War and the Transformation of Everyday Life: Women’s View”), and Nina Potarska, whose personal information was published on the aforementioned website. 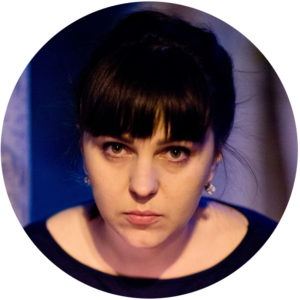 Tetyana Pechonchyk, Chair of the board of the Human Rights Information Centre

The activity of the “Myrotvorets” website has long been a concern for human rights activists. The personal data of people who are involved in supporting separatism in Ukraine is being published there illegally. In particular, personal information about former deputy Oleh Kalashnykov and journalist Oles Buzyna was published there not long before they were murdered near their apartments.

Of course, such activity has to be primarily carried out by law enforcement agencies, and only the court can find a person guilty of terrorism or a crime against national security. A year ago, the Ukrainian Parliament Commissioner for Human Rights, Valeriya Lutkovska, asked the Ukrainian Security Service and the Ministry of Internal Affairs to punish the people who were involved in the publishing of personal data on the “Myrotvorets” website as well as shut down the website itself. But one year passed and nothing happened. Instead, the Ombudsman’s Office has been harshly criticized in the public sphere.

After the publication of the lists of journalists who received their accreditation in the so-called DPR, the situation has become aggravated. Respected international media such as the BBC, Reuters, AFP, The Independent, Česká televize, CNN, Bloomberg, Aljazeera, AP, and Liberation were accused by “Myrotvorets” of collaboration with “terrorist organization militants”. Remarks were also made about some Russian journalists working for international publishers.

By allowing such a situation to happen, Ukraine, unfortunately, still demonstrates selective justice. Fundamental human rights such as the freedom of speech, the right to privacy and protection of personal data appear to be empty words. The most cynical thing of all is that the website is publicly associated with the “People’s Front” deputy, Anton Herashchenko, who announced the publication of the lists of “undesirable journalists” on his social network account.

The international media’s portrayal of Ukraine has hit rock bottom. I hope that the Prosecutor General’s Office, which initiated the criminal case with respect to this incident, will manage to put an end to this situation by closing down the website and punishing those who are guilty. 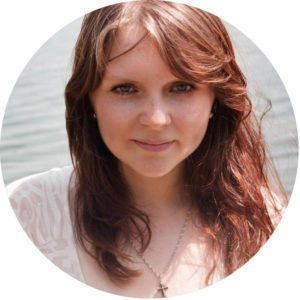 One must realize that a journalist who aims to cover both sides of a conflict will inescapably expose themselves to danger. The self-pro/*claimed republics’ accreditation is primarily a possibility of access to uncontrolled territory. Without this accreditation, the chance of being arrested at the very first checkpoint is almost inevitable. This means that the availability of the accreditation is a primary guarantee for the work of journalists. That doesn’t mean that having received the accreditation, journalists are protected from kidnapping, tortures, or arrest. There were many journalists who were subjected to pressure, despite holding the accreditation. Therefore, the accusation of collaboration with terrorists is absurd.

When the access of Ukrainian media to the uncontrolled territories was blocked, foreign media became the only source of information. It was through foreign media that Ukrainians became aware of the MH17 Malaysia plane crash, the Russian troops in Donbas who had been active on social networks, and the Buryat tankmen.

The need to cover both sides of a conflict is included in the working standards of all leading publishers around the world. All information, even official, should be verified, especially the information received from both sides of the General Staff during armed conflicts. It was while working in the territory of the DPR and LPR that it became clear that the information from the General Staff needed to be treated with caution, there were often discrepancies between first-hand accounts and press reports. The press officers themselves repeatedly pointed out that the activities of the ATO press centre were far from perfect. This was particularly evident during the most fierce military confrontations (Ilovaisk, Debaltsevo, Donetsk Airport), when the inconsistency in the number of deaths (between the press reports and the real numbers – translator’s note) reached hundreds!

The General Staff is unable to inform not only about the lives of ordinary people in the uncontrolled territory, but also of those who live in the “grey zone”. It was due to the work of journalists that thier harsh living conditions became known. The information then reached volunteers, which enabled people to finally receive assistance.

When the access of Ukrainian media to the uncontrolled territories was blocked, foreign media became the only source of information. It was through foreign media that Ukrainians became aware of the MH17 Malaysia plane crash, the Russian troops in Donbas who had been active on social networks, and the Buryat tankmen. When Ukrainians and politicians spread this information, nobody thought of how the information was collected and whether a particular journalist had collaborated with the terrorists. World media are very much concerned about their image because it determines the level of trust of their readers and viewers.

In a more personal sense, I feel sorry about how we have to justify this dangerous and psychologically challenging job. First you are a hero who tells unique stories, and then suddenly you are a traitor and accomplice of terrorists. 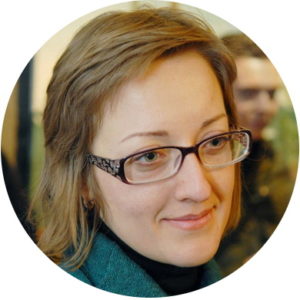 Nina Potarska, director of the Centre for Social Labour Research, Ukrainian advisor of the Women’s International League for Peace and Freedom.

During the last two years, since the courageous events of Maidan, fieldwork and other types of work involving information present a high risk for journalists and researchers. Gaining accreditation means a specific permission to do your job. Although, ideally, living in a country where there is freedom of the press, we wouldn’t have to ask any permission to perform our duties. But the realities of military life are different: we have to ask multiple bodies for movement, presence and activity permissions, provide a bunch of documents, which include examples of previous articles, to demonstrate, not our competence, but our loyalty, or at least our neutrality. Basically, I hate the interaction with any agencies that interfere with my field of scientific knowledge and try to explain what is important and what is not, what and how to write. This is happening now on both sides, it is our militarized reality. The availability of a “paper” that proves your existence in a particular coordinate system is the key to success in your work, health, and quite often even in your life.

It’s difficult to call accredited journalists accomplices: the local press doesn’t seek accreditation, usually it is only foreign journalists of news agencies from around the world who have to obtain it, and thanks to them we have at least a rough idea of how people in our country live. To tell the truth, I am pleased to be on the list next to the tens and hundreds of worthy journalists who worked in dangerous places, in difficult circumstances, and wrote the truth – often not the whole truth, or otherwise you could lose the ability to write about it at all. The information from the world’s other side seems like the glue that allows us to connect our worlds and to seek out ordinary people, suffering from the tragedy of military life. Personally, I’m not ashamed of the work I have done. I have written about ordinary people, about women who have suffered from the war, about their lives, future plans, what they dream about, how tired they are of the war and the chances that they have to live together again. I could move neither safely within the “grey zones” of Ukrainian territory nor within the uncontrolled territories without all these stupid accreditations, humiliation, and approvals. The accreditation itself doesn’t guarantee safety, it only slightly reduces the risks. Despite all these papers, I was detained for two days by the DPR Ministry for State Security and then I had an unpleasant experience when the Security Service of Ukraine attempted to communicate with me.

The publication of my data in these lists means nothing to me: the war propagandists are doing their job, but I am on the other side. Their actions can be judged from a legal standpoint and I will make an effort to protect myself, which won’t particularly affect my job. At least it does not change my desire to find and show the truth, because in this regard, the General Staff reports are an impudent lie, and everybody who has moved along the front line is well aware of this.