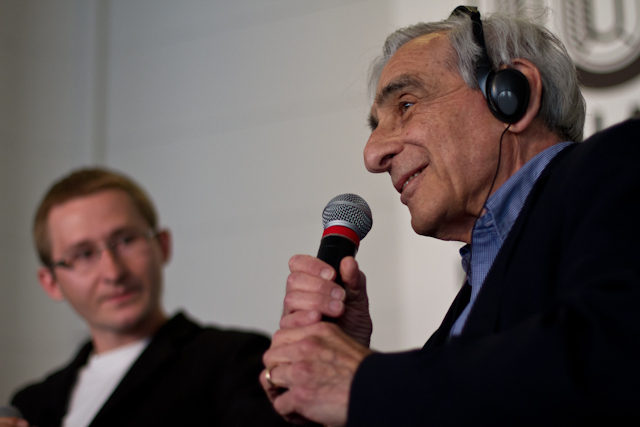 Many of the successful campaigns for national liberation in the years following World War II were initially based on democratic and secular ideals. Once established, however, the newly independent nations had to deal with entirely unexpected religious fierceness.

Michael Walzer, one of America’s foremost political thinkers, examines this perplexing trend by studying India, Israel, and Algeria, three nations whose founding principles and institutions have been sharply attacked by three completely different groups of religious revivalists: Hindu militants, ultra-Orthodox Jews and messianic Zionists, and Islamic radicals. Why have these secular democratic movements been unable to reproduce their political culture beyond one or two generations?

Discussion after the lecture will be moderated by Sławomir Sierakowski.

Prof. Michael Walzer – one of America’s foremost political thinkers, Michael Walzer has written about a wide variety of topics in political theory and moral philosophy, including political obligation, just and unjust war, nationalism and ethnicity, economic justice, and the welfare state. He has played a critical role in the revival of a practical, issue-focused ethics and in the development of a pluralist approach to political and moral life. Walzer’s books include Just and Unjust Wars (1977), Thick and Thin: Moral Argument at Home and Abroad (1994), On Toleration (1997), and Arguing About War (2004); he has served as editor of the political journal Dissent for more than three decades. Currently, he is working on issues having to do with international justice and the new forms of welfare and also on a collaborative project focused on the history of Jewish political thought.