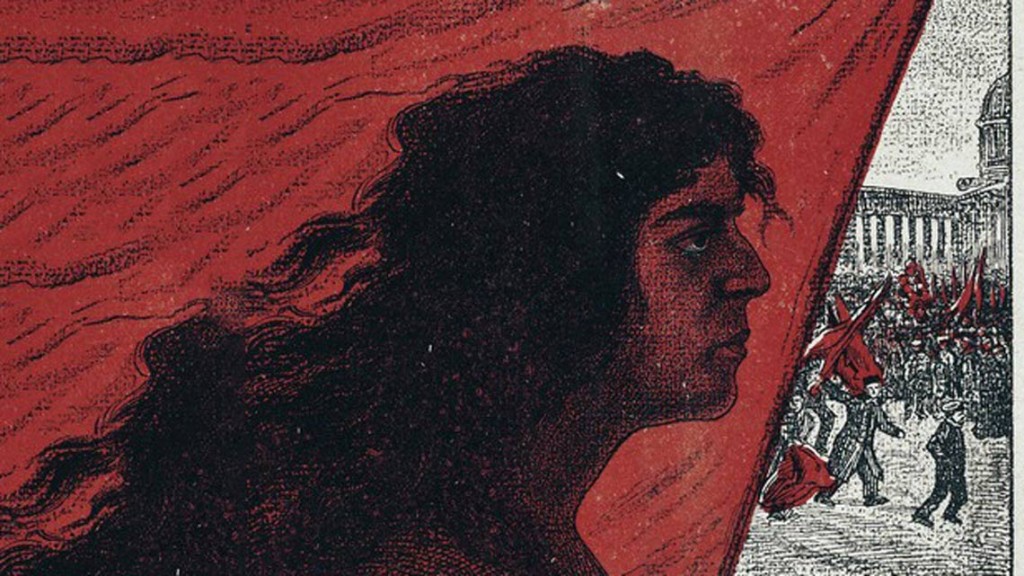 [quote align=’right’]It was the first time in our history when the idea of changing the world was massively supported by citizens who were, up till then, belittled: peasants and labourers.[/quote][dropcap]T[/dropcap]his year marks the 110th anniversary of the Revolution of 1905 – a mass social and national upheaval in which citizens of Łódź played a major role. Unfortunately the Revolution is absent in our memories – it is not covered in history lessons. At best it is mentioned in biography of Józef Piłsudski a participant of those events. There are no country-wide celebrations or even official commemorations in Łódź. Since 2005 when, during the centennial anniversary, a dedicatory plaque was erected in front of the City Hall of Łódź the city did not return to those events. We are trying to change that. For two years we’ve been organising grassroots celebrations of the Łódź Uprising. We conduct walks following the trails of the Revolution and visit graves of the revolutionaries: the Revolutionary All Souls’ Day. We’ve issued a guide on the Revolution and a celebratory historical gazette Łodzianka. We want to maintain the memory of the Revolution of 1905.

Why is it worth remembering the Revolution? It was the first time in our history when the idea of changing the world was massively supported by citizens who were, up till then, belittled: peasants and labourers. Besides infrequent armed clashes people predominantly demonstrated and went on strikes demanding freedom and social justice, righteous conditions of work and living. Up to this day there is no definitive answer whether this unrest was the fourth uprising in Polish territories or perhaps the first revolution. Suddenly awoken civic activity followed many paths impossible to cover in a single sentence. Social rallying was unprecedented – the number of participants of political gatherings of the time exceeded the numbers fighting in January and November Uprisings combined. Despite not having an army and wielding only a few pistols and bombs the Revolution’s main power was mass protests and strikes. At the height of the events there were hundreds of thousands marching down the streets of Łódź and Warsaw. Nearly every worker was on strike in Łódź.

Main demands of the revolutionaries were autonomy of the Kingdom of Poland – which lacked any measure of sovereignty since the fall of January Uprising – and abandonment of russification, allowing Polish language in schools, introduction of freedom of speech and religion, as well as the right to organise trade unions and cooperatives. Social issues were strongly emphasized: shortening of work day to 8 hours, introduction of popular insurance from accidents, retirement, free healthcare for workers and their families, and the right to annual 14 days of vacation. Labourers wanted to co-decide about their workplaces, to be co-managers in factories, to have the right to dismiss “inhuman and negligent superiors”, to select doctors, foremen, and officials. An attempt to make those demands real in the opening months of 1905 was conducted with the motto of fighting for “factory constitutionalism”. The main desire was to become a subject at workplace and not, as was the case, a badly-paid object, “a machine”, “a slave”, from the youngest age a factory serf working over dozen hour a day, eating poorly, living wretchedly.

[quote align=’right’]Labourers wanted to co-decide about their workplaces, to be co-managers in factories, to have the right to dismiss “inhuman and negligent superiors”, to select doctors, foremen, and officials. [/quote]The need of dignity, present in labourers’ memoirs, strikes with its currency. Today many of us are working in uncertain conditions on low-paying “trash” contracts without a possibility of their own place or a decent support of family. An 8-hour workday became a fiction a privilege for which workers shed blood in 1905. Many of us have no prospects of retirement and education and healthcare stopped being available for every citizen. “Coin attained a remarkable power even though it has always been god…” wrote Andrzej Strug participant of the 1905-1907 revolution, great writer of the interbellum period who had a street named after him in Łódź.

Popular civic mobilization during the Revolution based on demands which become up-to-date again may become a motivation for us to strive for better existence. First of all it can restore the meaning of “community” and “social solidarity”. It can shape tangible cooperation between people at a workplace and more broadly in trying to be a co-administrator of a district, city, or country. Therefore dealing with the subject of Revolution of 1905 is for us, the club of Krytyka Polityczna, not only an attempt at complementing history of the city with elements unjustly forgotten. It is also an effort to show civic standards, different from the now common individualism, stemming from the need of portraying social sensitivity. We believe the world never became more just on its own – it was the people and their defiance that made it so.

In the closing some words of Marek Edelman, a social and political activist one of the leaders of the Warsaw Ghetto Uprising: “The struggle for the dignity of a workingman started right there in 1905 and still continues today”.

110th anniversary of the the Revolution

On occasion of the 110th anniversary of the Revolution of 1905 – a mass social and national upheaval in Łódź – we would like to invite you to join us in celebrating. More info here.