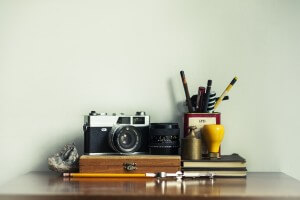 Berlin-based Polis180 would like to invite to a discussion:

Writing the Alternative: Media and Politics in Hungary and Poland

The guests are young journalists from Kettös Mérce (Double Standard) in Hungary and Krytyka Polityczna (Political Critique) in Poland, who will discuss the challenges of independent political media in both countries. In German media, the current politics of Eastern Europe are often reported on in a very simplified way.

After short input statements by the experts people will have the possibility to directly ask the speakers questions in a group discussion format. During this collaborative event organizers want tobrainstorm future solutions: What are the possibilities for alternative media in the respective countries? How can they better support local and regional social movements? How can they receive astronger voice in the European public discourse?

The invited experts are:

Zsolt Kapelner (Kettös Mérce) lives in Budapest and is a regular contributor to Kettös Mérce. He writes on the politics of the Visegrád region (Poland, Hungary, Czech Republic, Slovakia). He also teaches philosophy at Budapest’s Eötvös Lórand university.
Mislav Marjanovic (Krytyka Polityczna) is originally from Zagreb. He writes for Political Critique, the Croation edition of Le Monde diplomatique and Kulturpunkt.hr. He publishes about the rise of nationalisms in the Balkans.
Kaja Puto (Krytyka Polityczna) is journalist, editor, publisher and refugee activist interested in Eastern Europe, Southern Caucasus, migration and European issues.
Nikolett Suha (Kettös Mérce) is a human rights professional. She writes for Kettös Mérce from Berlin and co-founded the page Habiszti! which focuses on Roma-related issues.
Przemyslaw Witkowski (Krytyka Polityczna), PhD is a university teacher, journalist and columnist. He publishes regularly in Gazeta Wyborcza, Krytyka Polityczna and the Polish edition of Le Monde diplomatique. He is interested in new left and social movement arising in Poland.

Participation is free. Food (KüFA for Africa Unity) and drinks can be purchased at the bar.

REGISTER HERE FOR THE EVENT