The Campus of European Alternatives 2018 Resistance, movement and invention will take place alongside the summer school organised by the Centre for Social Movement Studies of the Scuola Normale Superiore of Florence​ on youth political participation in times of austerity. Young scholars from around the world will present their research results and join workshops with activists from across Europe to work together and imagine how to build resistance and be creative in a political moment with an extraordinarily strong and dangerous nationalist far-right narrative.

While the mainstream struggles to defend the European Union, the far-right is very clear who its enemy is. This is not by accident: elements of the European Union, including free movement, anti-discrimination, protection of fundamental and human rights and the whole idea of transnational cooperation, go directly against a fascist worldview. Indeed, the European Union from its origins was openly an anti-fascist project. From far-right governments in Hungary and Poland, to the new Eurosceptic government in Italy, no European nation is immune to this trend and it has to be questioned how much the European Union institutions are doing to confront these trends today.

We, as active citizens in Europe, also need to each ask ourselves this question. Our futures are under attack​: under attack from austerity, under attack from borders and under attack from the far-right. At the same time, challenges have been met locally with value-based, creative interventions, from social movements to local campaigns and community projects. How do we continue to resist and how do we invent hopeful alternatives, drawing from the diversity of interventions against fascism across Europe? How do we mobilise a larger number of people to get active transnationally, and act together with migrants and marginalised groups to make of Europe a place for all?

The Campus of European Alternatives 2018 opens a space for exchange, reflection and action  for both the participants of the summer school and of our training programs in 2017 and 2018: ACT4FreeMovement​ and Countering Hate and Far Right Radicalism in Central and Eastern Europe​. It aims to be the first step to build a transnational community of activists and researchers which reflects on new political trends, shares experiences and strategies, explores what transnational activism is and plans next steps for cooperation, campaigns and actions for a joint response to counter the far-right in Europe and beyond.

In addition to the action workshops, keynote lectures will be given by Donatella Della Porta, leading expert on social movement studies; Jennifer Earl, expert on youth movements in America, and Philippe Van Parijs, expert on social justice. 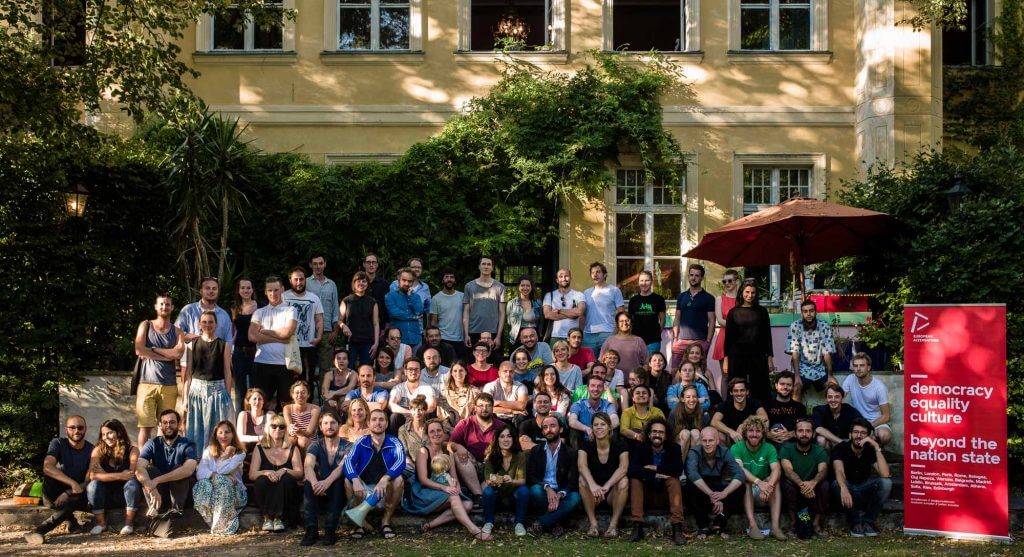 After a first successful campus #FixEurope in October 2014, and a second edition in 2016 Shifting Baselines, we, at European Alternatives would like to go forward redefining practices, narratives and imaginaries for a more progressive, democratic and open transnational Europe. In the past year, we have published two books, one of them directly inspired by the EA Campus: Shifting Baselines of Europe, and one published recently: Citizens of Nowhere. We have also organised the Transeuropa Festival, last edition in Madrid in cooperation with the City Council, and have run several transnational campaigns on fundamental rights and migrant rights. Apart of our capacity building trainings (ACT4FreeMovement​ and Countering Hate and Far Right Radicalism in Central and Eastern Europe​), we are also co-running our online magazine PoliticalCritique.org together with Krytyka Polityczna, bring progressive voices to debate and informing Europeans on burning issues across the continent.

General objectives of the Campus

The Campus starts on the evening of the 19th of July​ and finishes in the afternoon of the 22nd​. You can follow all the updates on social media with the hashtag #EACampus18

For general info about the Campus, please contact [email protected]