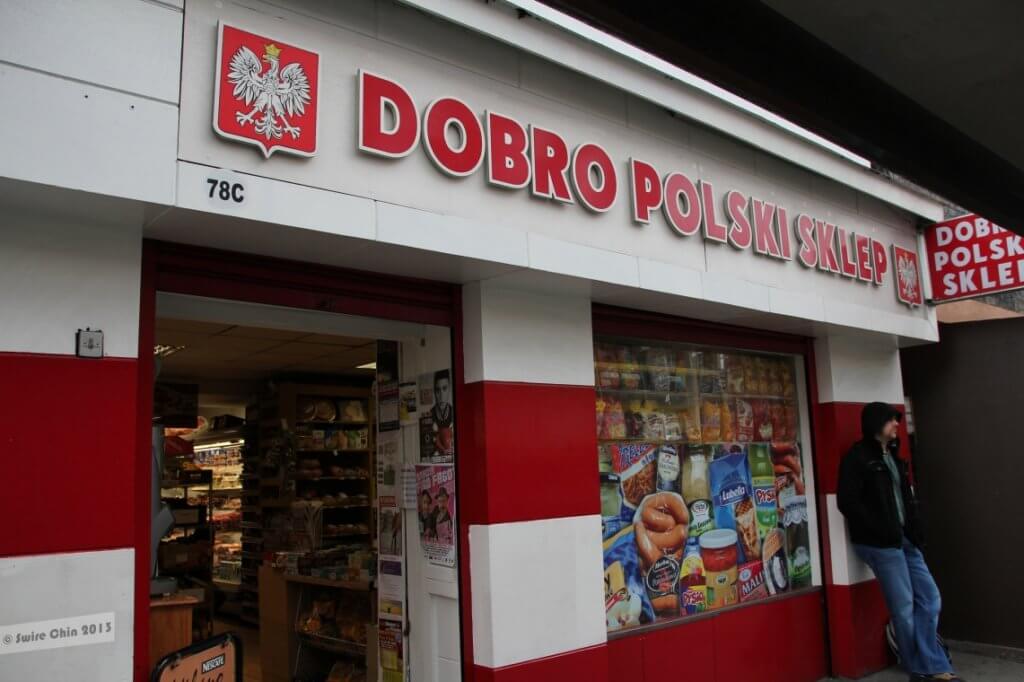 If there was one group in the UK that woke up on 24th July with a bigger headache than the joyous ‘Vote Leave’ campaigners – albeit for very different reasons – it was probably the million-plus Poles who (for now at least) count Britain as their home. “I wasn’t worried about it before the referendum, I thought: ‘I’m an EU citizen I’ll be fine,’ says Ania Brogowicz, an executive assistant for a financial services firm in London, but the day after was a cruel wake-up call. “My first thought was ‘do the Brits hate us just for being from another country and ‘taking’ their jobs?’”

Much like nationals from the other 26 EU member-states, Poles in the UK currently find themselves in an uneasy limbo, unsure of their role, permanence or desirability in the place where they’ve made their home. Whereas previously the decision to leave or stay and settle in the UK was largely theirs and theirs alone, that choice has, for the moment, been taken out of their hands and will not be fully resolved until agreements are in place between the British government and Brussels.

‘They won’t chuck us out’

Despite the potential for upheaval though, there seems to be little worry about being forced to leave the UK. “I don’t believe I’ll get a letter one day from the Home Office saying I’ve got to pack up and leave,” says Ania, “I’m not afraid of that, but because nobody, not even Theresa May, knows what’s going to happen, no one can guarantee anything at this stage. There is a little worry in terms of is there going to be a policy or set of rules that might make my life and other EU citizens’ lives difficult for one reason or another.” As a safety net though, she is applying for British citizenship, Something, that anecdotal evidence shows is increasingly common.

The majority of Poles in the UK are not afraid of losing their jobs; they are frightened of stigmatisation.

After her initial disbelief at the result Joanna Kopaczyk, a research assistant at Edinburgh University, says that because no one knew what the future would be, she decided to go ahead and get on with her own thing. “If I started worrying, it was going to totally disrupt my life and this is something I couldn’t allow to happen.” Instead, she says, she adopted a watchful waiting approach, “I’m observing what’s going on but don’t feel too affected by it.”

Karol Gos, who runs his own motor parts company in Wales, says that after the Brexit his friends reassured him that “#nothing sinister would happen” and he wouldn’t be deported, but then points to the frequent newspaper articles about EU nationals living in the UK for a long time have been denied permanent residency.

As Joanna explains though, her experiences and feelings are probably not the same as others.  Firstly, she had the support of her university, which was pro-active in providing access to legal advice about the right to remain in the UK and applying for permanent residence. Secondly she’s quick to point out that her experiences in Scotland have been positive, noting that politicians of all hues north of the border have made a concerted effort to make EU citizens feel welcome. “They were saying: ‘this is your home, and Scotland will do everything to make you feel at home,’ and that really struck a chord with me.” This is in contrast to some of the reactions to Brexit from English politicians and public alike. According to Barbara Mirowska, editor of the Polish Express, a Polish language newspaper in Britain, “They are not afraid of losing their jobs, as the majority of Poles are hardworking and skilled,” she says. “They are more frightened of a situation in which they are stigmatised and perceived as unwanted.”

So, though there is little fear of having to leave the UK, there is concern over other issues. For those already there, there is possibility of problems with family reunification, visits from family and those ties to business back in Poland and other parts of the EU, who might be hit with import taxes. “Thirty percent of my business is with the EU, so it’s important for me to be in a single market and I am a worried about how the UK leaving the EU will affect me,” says Karol. “At the moment I can import from the EU with no VAT and this allows me to offer competitive and attractive prices to my US and Canadian customers. If I can’t do that any longer, I’m obviously going to lose that part of my business, so yeah from that perspective it is a worry.”

Worker registrations from Poland are down 16% since this time in 2016.

For Poles thinking of migrating to UK in the near future, there is the very real prospect of work permits and questions over rights and regulations. This potential for instability, and the lack of clarity on the future of EU nationals, is reflected in the fact that worker registrations from Poland are down sixteen percent since this time in 2016. The Polish government has predicted, perhaps wishfully, that 100,000 – 200,000 will return to due to a combination of the Brexit and improving economic conditions in Poland.  This might be an over-estimation though, and as Anne White, professor of Polish Studies at UCL, has pointed out,  in many cases Poles who live  in the UK have “consciously decided not to return to Poland, despite the 2008 crisis and the subsequent hardening of attitudes towards UK-based Poles.” They have toughed it out and settled, and so a mass exodus seems unlikely.

As Bill Clinton, the architect of NAFTA, once famously said, ‘it’s the economy, stupid,” and the fact of the matter is, that a number of UK industries rely on EU labour. One of these is the hospitality industry, which could not function without ready flows of EU workers. According to Ufi Ibrahim of the British Hospitality Association, hotels and restaurants will go under, unless the government allows EU citizens to work in low-skilled jobs. As she says, “People don’t want to pack up their lives and move to the UK if they could end up having to go back again very soon.”

A number of UK industries rely on EU labour, especially the hospitality industry, which functions on ready flows of EU workers.

To tackle this, Amber Rudd, the Home Secretary, is considering introducing short term work permits, dubbed ‘barista visas’ which would allow EU nationals to work for two years but would disbar them from access to benefits. According to Lord Green, the chairman of the think tank Migration Watch UK, who proposed the idea, “We can kill two birds with one stone here. We can meet the needs of pubs and restaurants and maintain our links with young Europeans by allowing them to come for a strictly limited period of two years to work…They could work at any level but would not become long-term immigrants who would add to the pressure on public services. Nor should they qualify for benefits or housing.” However, the prospect of only a two-year stay without the possibility of settling is unlikely to be attractive to many young Poles and will look elsewhere in Europe for better, more stable, opportunities.

The key complaint from many Poles seems to be a lack of clarity on the future. “It’s a toxic topic at the moment” says Karol, “Poles and all the EU nationals, have been called a bargaining chip” in the Brexit negotiations between the UK and Brussels. He is surprised and disappointed that there has been no move by the British government to guarantee EU citizens working in the EU the right to stay permanently. “It’s very vague at the moment and it would just clarify all the worries for us, I just don’t like the approach of the government.”

There is a feeling that this guarantee is nothing more than what is owed to them for being part of the British economy. Karol argues that “we do contribute, we pay taxes and we’re happy to be here. If they’re going to treat us this way and want us to leave, then we’d like the taxes we’ve paid back.” Ania too is just trying to live her life in London “I pay my taxes and don’t live on benefits, this is my home and want to continue my career here.”