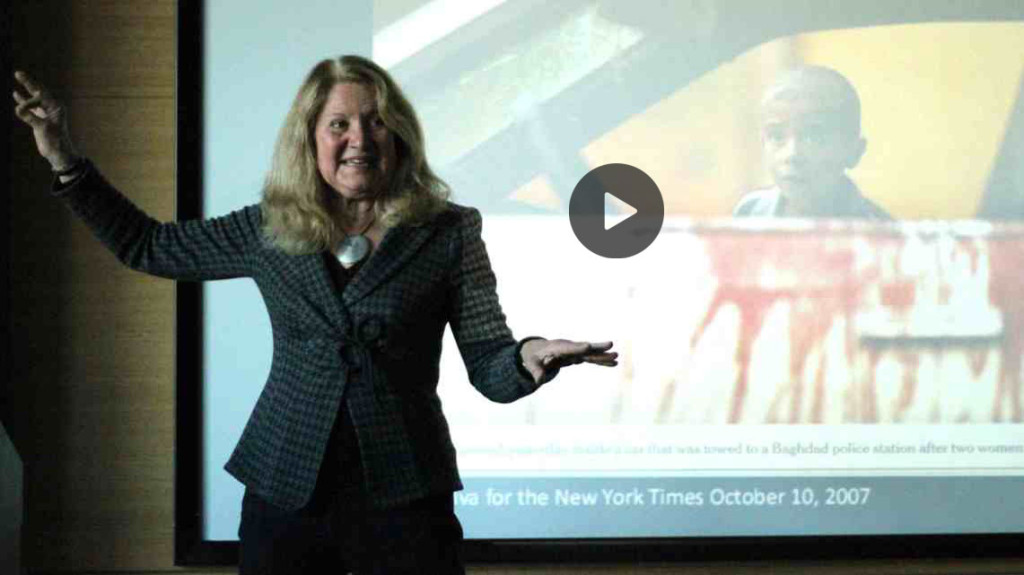 [dropcap]S[/dropcap]usan Buck-Morss’ discussion with Agata Bielik-Robson and Adam Lipszyc at the Institute for Advanced Studies in Warsaw was devoted to questions about how we shape our local imagination with reference to the current political challenges and special problems, how we visualise the past and the future and, first of all, what critical tools we can still use to stay alert, see sharply and be able to make correct differentiations and analogies.

Susan Buck-Morss is a researcher who scrutinizes the porous boundaries of the systems of meanings and looks for cracks in the seemingly cohesive modern narration on freedom, emancipation and humanity. She reaches beyond the specialized languages of individual disciplines, on which she draws and which she mixes, and intently observes visual culture.

Susan Buck-Morss visited Warsaw on the occasion of the publication of the Polish translation of her latest book, “Hegel, Haiti and Universal History” (Warsaw 2014) by Krytyka Polityczna.

[dropcap]P[/dropcap]rofessor Buck-Morss draws new connections between history, inequality, social conflict, and human emancipation. Hegel, Haiti, and Universal History offers a fundamental reinterpretation of Hegel’s master-slave dialectic and points to a way forward to free critical theoretical practice from the prison-house of its own debates.

Historicizing the thought of Georg Wilhelm Friedrich Hegel and the actions taken in the Haitian Revolution, Buck-Morss examines the startling connections between the two and challenges us to widen the boundaries of our historical imagination. She finds that it is in the discontinuities of historical flow, the edges of human experience, and the unexpected linkages between cultures that the possibility to transcend limits is discovered. It is these flashes of clarity that open the potential for understanding in spite of cultural differences. What Buck-Morss proposes amounts to a “new humanism,” one that goes beyond the usual ideological implications of such a phrase to embrace a radical neutrality that insists on the permeability of the space between opposing sides and as it reaches for a common humanity.

[dropcap]D[/dropcap]istinguished Professor of Political Philosophy at the CUNY Graduate Center, NYC, where she is a core faculty member of the Committee on Globalization and Social Change. She is Professor Emeritus in the Government Department of Cornell University, Ithaca, NY. Her training is in Continental Theory, specifically, German Critical Philosophy and the Frankfurt School. Her work crosses disciplines, including Art History, Architecture, Comparative Literature, Cultural Studies, German Studies, Philosophy, History, and Visual Culture. She is currently writing on the philosophy of history: History as the Cosmology of Modernity.