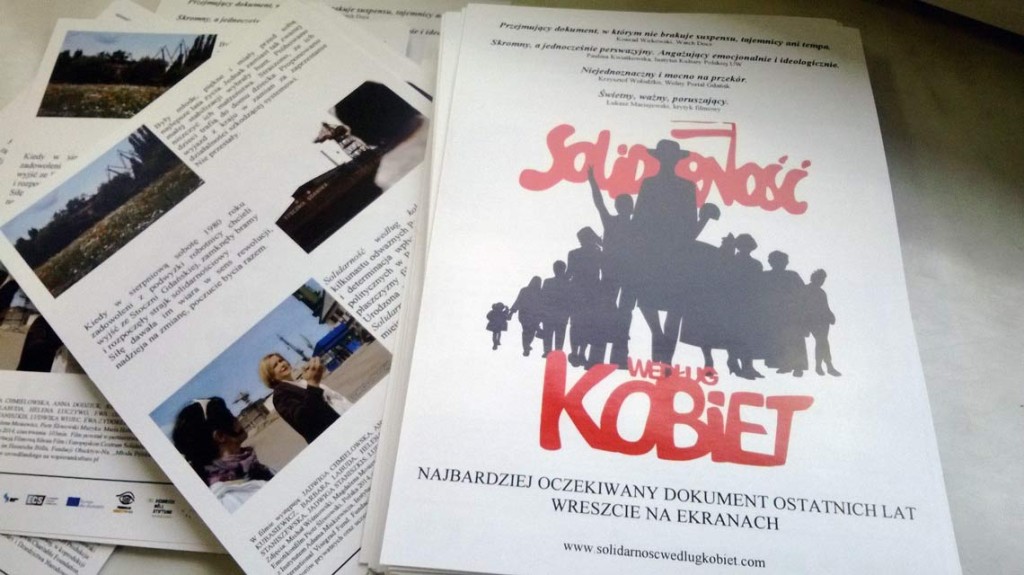 [dropcap]T[/dropcap]hey broke Security Service codes, hid leaders of the underground movement, and helped the families of political prisoners. The names of the women who fought in the Solidarność-movement come up occasionally on the anniversary of Solidarity celebrations, but their stories have largely remained untold. The full-length documentary Solidarity According to Women by Marta Dzido and Piotr Śliwowski reminds us about the forgotten female heroes of Solidarność and gives us a new perspective on the last 30 years of Polish history.

Magda Mosiewicz, film maker, activist. Studied philosophy at the Jagiellonian University in Cracow and cinematography at National Film Schoool in Lodz. Makes documentary films on social movements and architecture as well as video for theatre productions. Curated talks on ecology and city developement for Centre of Contemporary Art Zamek Ujazdowski. Curates Citizens’ Propositions programme for annual city planning festival “Warsaw under Construction” by Museum of Modern Art in Warsaw. Founded Green Party of Poland and was the first chairperson and a board member of European Green Party.