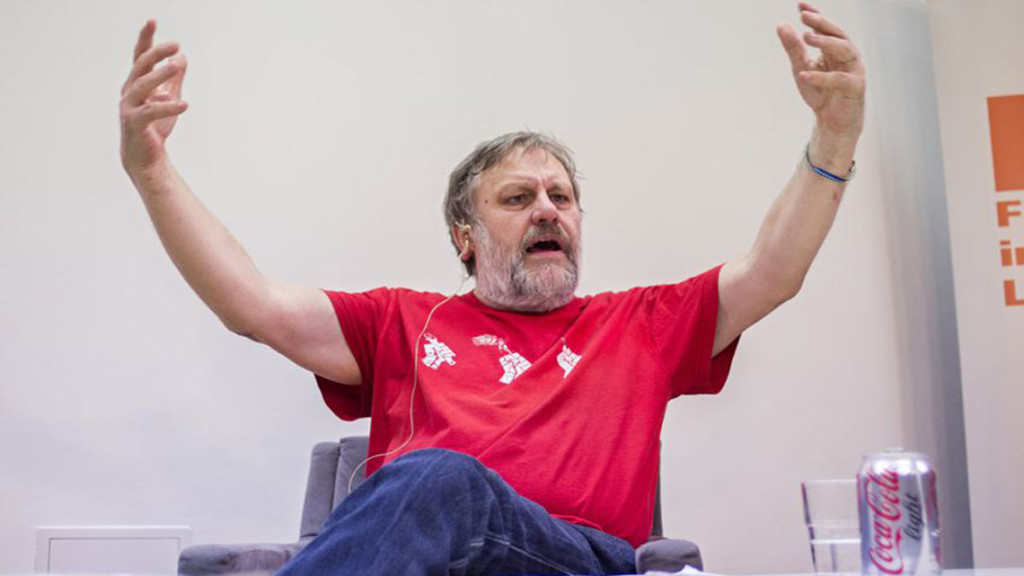 Sławomir Sierakowski: In your article in the New Statesman, you expressed your solidarity with Charlie Hebdo. Do you think that the global reaction to what happened was adequate?

Slavoj Žižek: Think about the pathos of universal solidarity which exploded in the days after the Paris killings, culminating in the Sunday January 11 spectacle of big political names from all around the world holding hands, from Cameron to Lavrov, from Netanyahu to Abbas — if there ever was an image of hypocritical falsity, this was it. The true Charlie Hebdo gesture would have been to publish on its front page a big caricature brutally and tastelessly mocking this event, with drawings of Netanyahu and Abbas, Lavrov and Cameron, and other couples passionately embracing and kissing while sharping knives behind their backs.

SS: You very interestingly pointed out that Muslim terrorists are strange kind of fundamentalists since they see themselves in the social mirror of the West. Real fundamentalists like the Amish would just ignore Western hedonists and their stupid caricatures. So what, if not fundamentalism, is really behind these terrorists? Do you think that it is simply a desperate need for a transcendental cause, so lacking in this post-ideological world?

SŽ: Things are much more ambiguous.