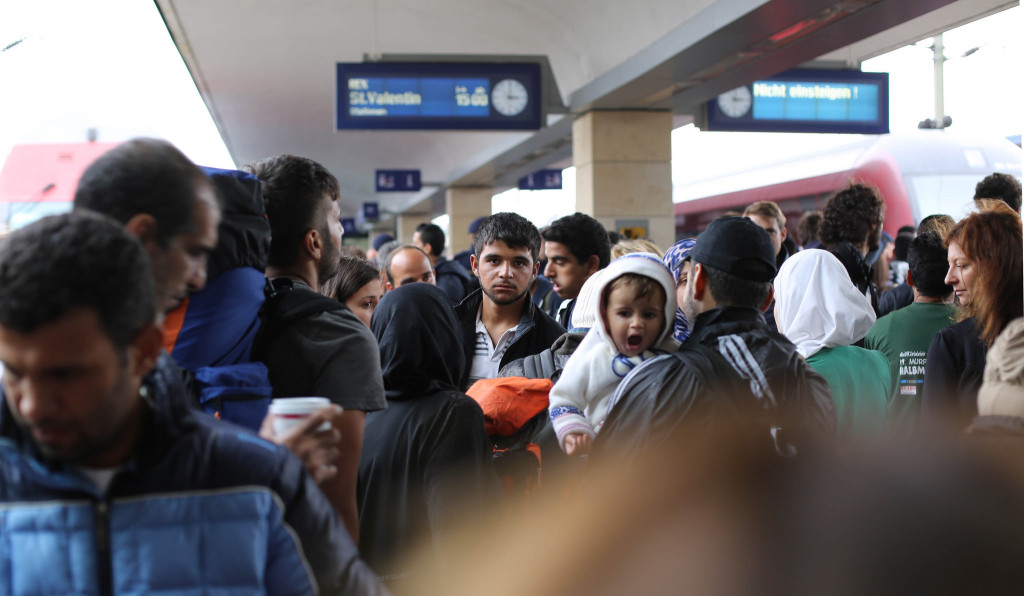 For the last few days trains with hundreds of refugees have been arriving at Vienna’s main railway stations at hourly intervals. They are coming from the towns of Hegyeshalom and Nickelsdorf on the Hungarian border, as well as from destinations the refugees have reached by foot such as Bruck or Bratislava. Hundreds of volunteers are providing those arriving with food, water, and sanitary goods. To most of these helpers, political activism is not a routine; the majority are ordinary citizens from all different sorts of contexts. They are organised in a loose and broad coalition of NGOs, political parties, rescue organizations, and private volunteers. At Westbahnhof, the arrivals are received with large posters saying “Welcome – you are safe”, signed by the Austrian Federal Railways and the City of Vienna. These days one finds hundreds of instances of civil society showing an overwhelming generosity and helpfulness. Even those public services normally imposing regulatory measures in public spaces are mostly supportive.

The everyday experience of those who are “part of no part” is a permanent exceptional situation.

One of the helpers is Nadir, a young Pakistani whose refugee status has been officially acknowledged some time ago. In a conversation about the current situation at the borders and his own journey through the Western Balkan states, he laconically said that human trafficking would not be possible without the involvement of the police. He was talking about what he experienced as “normality”. But over the last weeks the accepted “normality” seems to have profoundly changed. The head of the police in Burgenland, the Easternmost province of Austria, announced on television that in spite of the clear legal situation, helping refugees across the border should no longer be punishable by law. This was probably not exactly the kind of help by the police Nadir was referring to … Also politicians such as Chancellor Werner Faymann seem to have woken up from their lethargy and are now openly critical of Orban’s pre-fascist policy and the passivity of the EU.

Although in Austria the political situation regarding refugees is normally the result of a concurrence of right wing positions, the mood has turned. At the moment, the dominant constellation is one of finding the best ways to help. Of course, a backlash can also be detected. Only a few days ago, the chancellor asked for a return to “normal conditions” which would mean more or less re-establishing the Dublin criteria and stopping refugees on their way to Austria and Germany. But in general, the political event of “escape aid “, covered by many private reports and articles in the media, is on the one hand too strong to be stopped while on the other hand it also serves to highlight the “normality” refugees are facing. Those who are “part of no part”, as Jacques Rancier put it, need recognition not only in “exceptional situations” (a dictum politicians are establishing when describing current events). The last time Nadir volunteered as an interpreter at Vienna’s railway station the police checked his papers, took his passport and forced him to interpret between them and a group of incoming refugees. The everyday experience of those who are “part of no part” is a permanent exceptional situation. Addressing this fact is more important than ever and the next challenge to be faced by civil society.