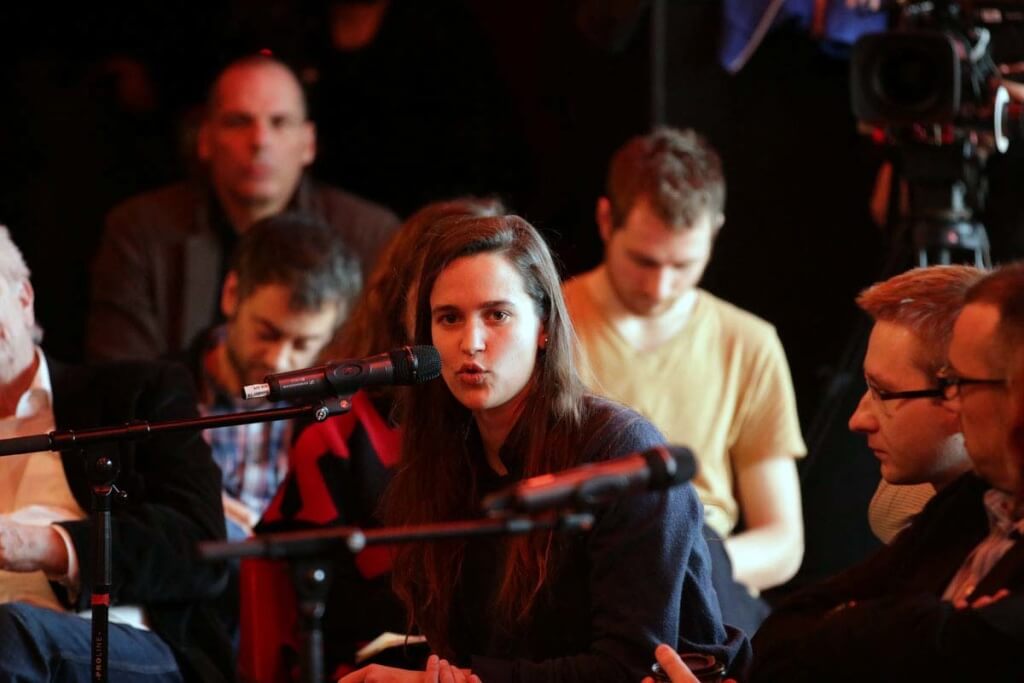 We have just learned that Alena Krempaská, a friend, fellow DiEM25 member and activist with the Human Rights Institute in Bratislava, was brutally attacked by neo-fascists last week as she left her office.

Alena spoke at DiEM25’s launch last February, making the case that our movement should reach out to Central and Eastern Europe. A month later, she wrote a wonderful article suggesting how to best calibrate our movement’s focus in that region. “There is no Podemos here, no Syriza,” she wrote. “Those who really score the points are the xenophobes, islamophobes, religious ‘conservatives’ and other far right groupings keen to leave the EU.”

We are appalled and saddened that supporters of those groupings would do this to Alena. This barbaric attack is a disturbing reminder of the rise of extremism and misanthropy in the EU.

Alena is fortunately recovering from her injuries. Next week, I will meet her in Budapest at the “Future of Europe – Europe of the Future” conference, where I will bring her the warmest greetings from her fellow DiEMers.

And I will say this to our activist friends in Central and Eastern Europe who, like Alena, have the courage to step up: We are with you. And we are working to be more present alongside you.

Yanis Varoufakis
He is the co-founder of DiEM25 (Democracy in Europe Movement). He is also the former finance minister of Greece. His latest book is And the Weak Suffer What They Must? : Europe's Crisis and America's Economic Future.
> see other articles <