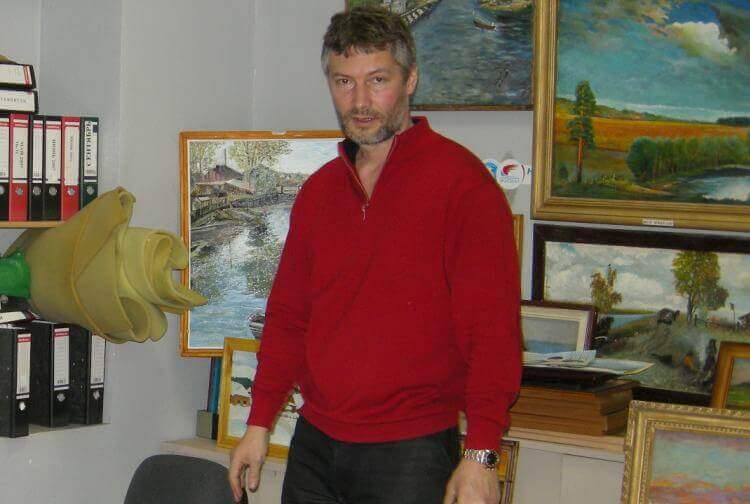 The famous civil activist, writer and politician Yevgeniy Royzman, who is known for being the head of City Without Drugs Foundation, is now the new mayor of Ekaterinburg. Royzman’s active involvement in fighting drug addiction had secured his popularity amongst voters despite the facts that the foundation’s working methods have been for a long time criticized by human rights activists, and besides, the leader’s activity in the past is also seamy. City Without Drugs Foundation emerged at the end of the 1990s, when the city of Ekaterinburg faced the problem of increased distribution of hard drugs. Yevgeniy Royzman and his colleagues had announced war to drug mafia, and those representatives of law enforcement who were covering illegal business for a share. Back then one of the efficient methods they invented was a pager line, so that everybody could page information detected about drug selling spots and drug dealers.

Meanwhile, Yevgeniy Royzman and his colleagues gained support in the criminal circles, particularly with the OPS -Uralmash gang (the OPS abbreviation refers to a registered civic association, titled: “social and political union Uralmash”, although not less commonly used decryption would be: “organized criminal community”). It is the main criminal structure of the city, which currently already has legalized business, but it also wants to have political support. Their contribution to war on drugs included both, human and financial resources.

In this sphere OPS -Uralmash, together with City Without Drugs Foundation practically had taken over the functions of law enforcement, including legal coercion. On the one hand, their activity had drawn criticism, but on the other – compliments for its efficacy as well.

Then again, cases of authority abuse by CWD Foundation activists are known. Particularly, in 2004 Denis Pertsev and Aleksander Murzikov were convicted for rape. During one of their operations against drug dealers, performed in cooperation with Drug Law Enforcement Department, they had arrested a young woman, and threatened to plant drugs on her in case she would have refused a sexual intercourse. Afterwards she was forced to stay in one of CWD rehabilitation centers. With the help of the police she managed to get out, and made a rape charge. When the Drug Law Enforcement Department and CWD Foundation activists realized there was a threat for them, they arrested her again, placing in a pretrial detention center. There she had to spend one year until she got acquittal of charges of selling drugs.

The Foundation’s actions against drug mafia have other weaknesses. Firstly, they are overtly racist. Royzman’s idea of drug trafficking is definitively linked with Roma and the Tadjiks, even though obviously Russians are not less involved. In one of his books, he wrote: I HATE YOU, SNEAKY DRUG DEALERS: GYPSIES, TADJIKS, AND OTHERS. YOU HAVE RAPED MY COUNTRY. I HATE YOU, DAMN YOU!!! I PROMISE YOU, YOU WILL ALL SUCK IN THE AFTERLIFE. AND IN THIS LIFE AS WELL.

Along with this, in his public speeches and books, E. Royzman equally disdains homosexuals, prostitutes, and drug users themselves. So it’s no surprise that such persons as Vasilisa Kovalyova used to work in his Foundation. She used to be a participant of NSO-Sever neonazi gang, that was convicted of 27 murders of people anthropologically not similar to ethnic Russians Kovalyova herself got sentenced to 19 years of prison for a double murder.

Furthermore, the Foundation has five non-medicamentous drug rehabilitation centers that rather resemble to correctional camps. At least in the first period of their functioning, the centers are known to have used widely the practice of enchainment of drug addicts to beds for one month as a method of combatting the withdrawal syndrome. Exercising physical violence is also known to have been extensive (cases of baseball bats and electric shockers use, in particular). Some of the centers’ executives are now imprisoned for cruel treatment of their patients. Among them, Maksim Kurchik and Stanislav Abazyev, two chief executives at one of the rehabilitation centers were sentenced in 2005 to respectively 6 and 6.5 years of high security prison for infliction of bodily injuries that caused death of two patients.

It is worth noting that just before the mayoral elections many materials  have appeared in the media against Royzman, which put together the facts from Yevgeniy Royzman’s past in different ways. This makes an obstacle to thorough view of the situation. However, racism, violence, and criminal connections in his case are obvious. Royzman’s major opponent is the local goverment: the former mayor, the prosecutor’s office, and the police. But staying in Moscow for a long time now, being a deputy of State Duma, Royzman has gained support in the President’s Administration. Specifically, in a recent talk on Echo of Moscow the chief editor of “The New Times” Yevgenia Albats made an assumption, that Royzman is supported by the head of the president’s administration Sergei Ivanov himseft.