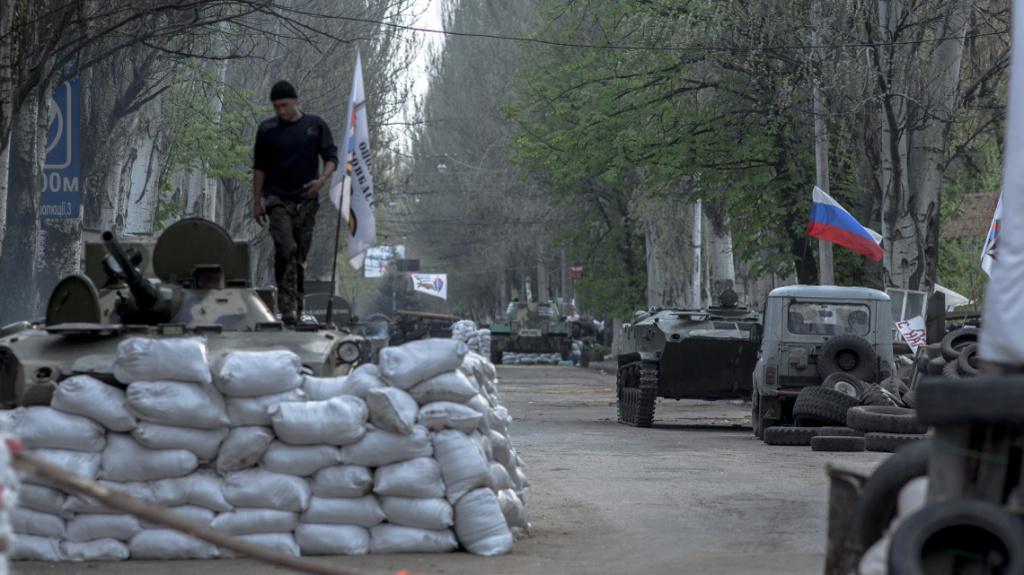 [dropcap]A[/dropcap] declaration of war is far more intriguing than an announcement of ceasefire. Declaring the war at least obliges to something, whereas announcing ceasefire doesn’t. This could be drawn from the results of the agreement between Poroshenko and Putin that was signed on September 5th.

That’s all as far as the ceasefire is concerned, as we should stay tuned so as not to miss another declaration of war. The Islamic State is now threatening Russia with war. The Islamists announce the liberation of Chechnya and Caucasus and the revenge on Putin for supporting Bashar Assad. Chechnya’s president, Ramzan Kadryrov, quickly responded to the supporters of the Islamic State that they have no idea what Koran and Sunna really are. It’s not yet a war, but at least some serious theological conflict is upcoming. Neither Koran nor Sunna managed to stop Kadyrov from sending his soldiers to Donetsk, where they took part in the process of establishing the local “people’s republic”. What is worse, the war in Donbass was immediately declared a “religious war” – even though it turned out that it was the war between Orthodox Christians and ‘Fascist Jewish Banderians’ from Ukraine, as it was put by one of the leaders of the rebels.

So the true Islamic fighters have to wait until the adversaries kill each other off and Western sanctions prevent Russia from affording to maintain Kadyrov’s militants. And then Chechnya’s leader will no longer be conducting the theological conflict with Islamic State’s leader Abu Bakr al-Baghdadi, but with Vladimir Putin himself. They will have a lot to discuss, despite the difference of religious views. After all, the outcome of the Chechen-Russian conflict, as it turned out after years of “peace”, was at least dialectical.

[quote align=’right’]Thousands of volunteers from the whole Russia are now offering their lives to help to turn Ukraine in something like European Middle East – a territory for insoluble bloody conflicts, sectarian violence and self-driven hatred.[/quote]We all noticed that after this war Chechnya remained Russian. Yet we didn’t immediately realize that Russia also became Chechen. Not only because Russia has to pay to Kadyrov a sort of toll in monstrous subsidies for maintenance of his little kingdom; not only because the former “Chechen terrorists” do their business in Moscow. The main reason is that the horror of Chechen war spread in the whole Russia, becoming a basis and justification for Putin’s regime. The aforementioned Kadyrov’s militia remain its vanguard – not by chance they were among the first Russian ones whose emergence in Donetsk preceded the of Russian volunteers and regular army, the army that will prevent Donbass from staying Ukrainian – unless Ukraine decides to become Donbassian.

Let’s leave the speculations concerning the possibility of releasing Chechnya from Putin’s oppression. A much more interesting question is the one if Russia liberates itself form Kadyrov’s oppression. Especially when it experiences economic collapse caused by sanctions and mental collapse caused by military propaganda. When it gets a reason to fight not only the “Kiev junta” or  NATO, a fight that doesn’t seem very viable, but, for instance, the Islamic State. The war in Russia that has never ended after the Chechen campaign, will get another justification.

What would it mean for Ukraine? Thousands of volunteers from the whole Russia are now offering their lives to help to turn Ukraine in something like European Middle East – a territory for insoluble bloody conflicts, sectarian violence and self-driven hatred.

We won’t have to hold long debates concerning the border of Central, Eastern or East-Central Europe. This Europe will end, where the Middle Eastern Europe starts.

Translated from polish by Dominika Dymińska. Photo by Tomáš Rafa.