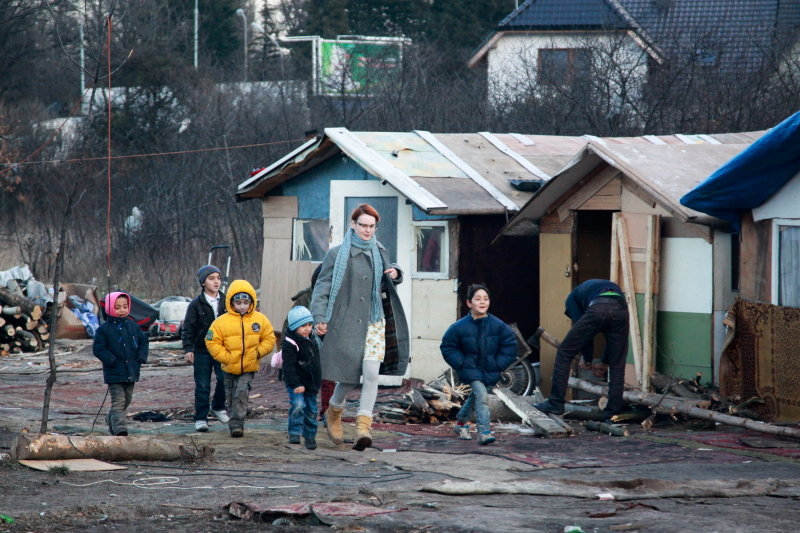 The government of Viktor Orbán does not like the poor. Neither does it like when others confront it with the fact that there are more and more people starving, and more and more people are in a state of hopelessness. We knew that it wants to escape these facts, and now finally a miracle happened: government officials declared that in the last six years the number of children living in poverty had halved. Yet, this is not the truth.

For, this is not a government that helps economically disadvantaged people with substantial solutions and social policies. No, instead they employ a much simpler trick: if the numbers are not pretty enough (i.e. there are too many poor people in the statistics), one needs to cook the books.

According to Bence Rétvári, secretary of state at the Ministry of Human Capacities (a mega-ministry covering health, education and social issues), in the last six years the number of economically disadvantaged children in pre-school, primary, and secondary school has shrunk to half. As he explained, while in the 2010/2011 academic year there were 476,000 youngsters in a disadvantaged socioeconomic position, by the 2015/2016 academic year only 212,000 remained, their proportion thus shrinking from 28.5 percent to 14.

Sounds great, right? And now let us see how we managed to achieve such a fantastic result: for decades the category of disadvantaged children was calculated based on the income of the household they live in, but in September 2013 the new child protection law introduced a number of additional criteria. According to these modifications, the authorities have to take into account the parents’ level of education, whether they have been unemployed for a long time, and whether the housing environment is precarious. If one of the three criteria is fulfilled, the child is put in the disadvantaged category, and if two are fulfilled, the multiple disadvantage category applies. Voilà, the magic is done: since the criterion related to housing is quite subjective, and the compulsory workfare program decreased the number of unemployed people (albeit leaving their standards of living intact), the government succeeded in lowering the number of disadvantaged children. As simple as that.

It goes without saying that despite this change in statistics these children did not become less disadvantaged, and their standards of living did not improve considerably. The modification of statistical criteria does not change the reality of destitution. And while we are at that: even if it is true that “only” 212,000 disadvantaged children remaine, that number is still frightfully high. And this is why dealing with the problem with such cheap tricks is by any measure a crime. The government does not lift its finger to actually improve the conditions of disadvantaged children, but it boasts with doing just the opposite.

This action is not without precedent. The Central Statistics Office has already changed its algorithm for calculating people living under the living wage, so since 2011 we actually do not know how many people do not earn even the bare minimum.

Furthermore, the cabinet boasts to be a “pro-family” one, but all the measures introduced to support families only helped the ones already well off, while making disadvantaged one even worse off.

These are all intentional manipulations whose only aim is to enable the printing of huge billboards announcing that “the Hungarian reforms are working”, and to create the appearance of a brave new world in which there are no systemic problems. Thus, when starving people look at statistics they might think that they are the only ones who cannot get by. And they can expect the reforms to reach them as well. But the reforms will never come.

One of the most basic fears of a person is related to starving and the experience of poverty.

No wonder that officials come out time and again with declarations according to which they have eliminated systemic child poverty and that child poverty is only a boogeyman used by the opposition. For, in that vacuum in which only the voice of the government can be heard by the majority of disenfranchised people, this must be enough. A couple of statistics and the problem is solved, since it was rendered invisible, while the possibility of protest is mutilated.

This is why we should repeat over and over again: this is a mere rhetorical shenanigan. If Bence Rétvári stands before us, and tells us that they have diminished the number of disadvantaged children, we must not believe him.

Because he is not telling the truth.