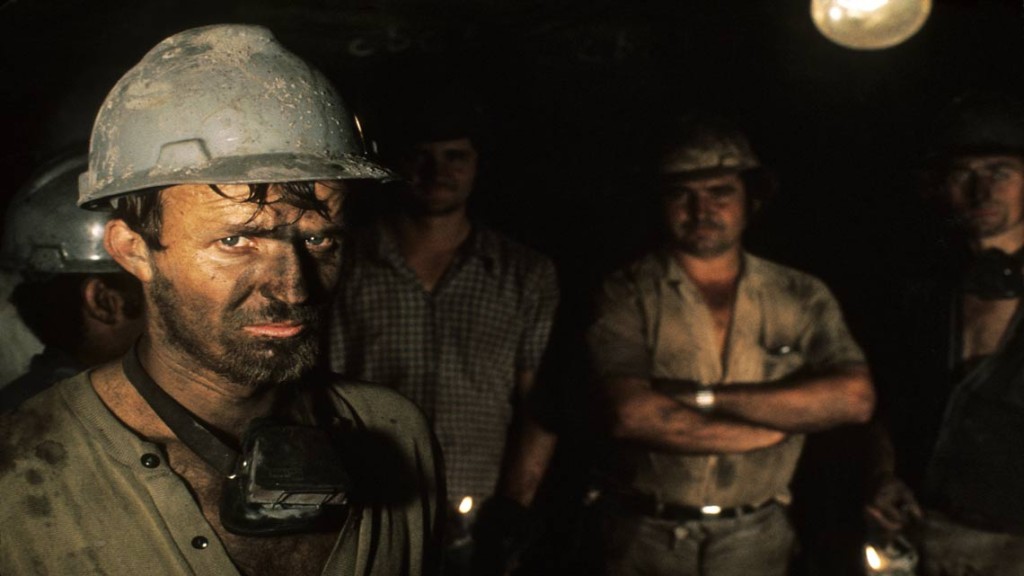 Inter-Union Protest and Strike Committee of Silesian-Zaglembian region made a decision to start a sympathy strike with miners from Jastrzębska Spółka Węglowa. Strike and protest action in whole Polish mining industry will start on Monday, February 2nd.

As we read in the official statement issued today by the Committee: “Increasingly complex situation in JSW requires solidarity action from workers of every mining company in Poland. The only chance to solve this conflict is an immediate involvement of governmental representatives into negotiations.” 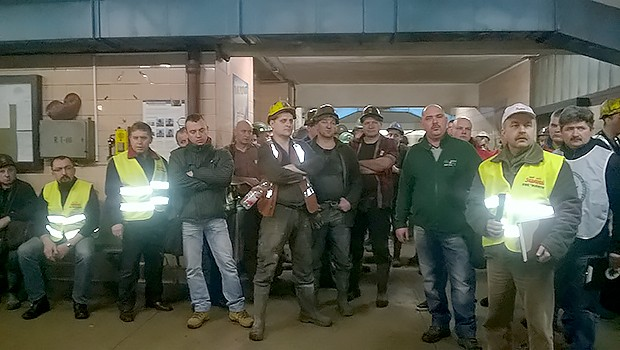 Primary reason for going on strike was sacking 10 union members from “Budryk” coal mine for participating in solidarity strike two weeks ago. Company management claims, that the strike action was illegal and “posed a threat to the workers”.

When unions and government met an agreement on January 17, after ten days of strikes and protests that shook Silesia at the beginning of the year, Deputy Minister of the Treasury and other governmental negotiators guaranteed that no repression will be faced by workers who went on strike. JSW unions are backed up by Inter-Union Protest and Strike Committee of Silesian-Zaglembian region.

Unions at Katowicki Holding Weglowy express their solidarity and are ready to go on strike. As Sierpien ’80 leaders say: “That’s enough! We’re in contact with farmer’s, fishermen’s and nurses and midwives unions. We need a complex plan for mining industry. The government is playing with fire and it will see whole country stops”.

About strike context and agreement signed on January 17

Analysis of the agreement content and media reports shows, that prime minister Kopacz achieved everything she wished for: all four mines that were intended for closure are going to be privatised instead. It seems that the whole spectacle was carefully directed for this purpose. Sebastian Ogórek, biztok.pl journalist, found that “governmental recovery act” for mining industry was in fact written by the Boston Consulting Group, and Polish parliament had just voted in favour of privatisation plan created by a private company that works for such gigants as IBM, Google, Tata Group, and Russian Ministry of Energy. Emergency vote on mining industry restructurisation act, that took place on January 14, was necessary to allow the transfer of coal pits to special state-owned company SRK (Mines Restructuring Company). That move makes it possible to recapitalize mines with public money in accordance with EU laws. As per agreement, three out of four mines, after being recapitalized in SRK, are going to be transferred to Weglokoks S.A., state-owned company engaged in the coal trade. One of the problems of this solution is that Weglokoks is being prepared for privatisation since 2011, and the process will probably be finalized this year. Additionally, negotiations between Weglokoks, Kompania Weglowa and the government, regarding purchase of mentioned pits, were already in advanced stage. In an interview that took place in September 2014, president of the company said, that all internal procedures necessary to this operation will be finished till the end of 2014.

Over 2000 miners of the Silesian coal basin (southern Poland) are on strike in response to the governmental decision to close down 4 mines of state-owned company Kompania Weglowa. Kompania Weglowa is the EU’s largest coal mining group with a production capacity of 34 million tones of coal. It consists of 14 mines and 5 plants employing 64 000 workers. The strike started on January 7, with the miners from the Brzeszcze mine refusing to return overground. The protest quickly spread through the coal mining sector of the region. Currently miners working in the pits owned by other big mining groups (Jastrzębska Spółka Węglowa and Katowicki Holding Węglowy) are joining the strike, while Silesian municipalities are petitioning the national government in defense of workplaces essential to the social well-being of the region.

Right now all 14 sites are on strike, with miners protesting underground. Other forms of protests include hunger strikes and railway blockades. Over 10,000 people, both miners and ordinary citizens, protested in Bytom on Tuesday. The city is struggling to save the last of its mines. The unemployement rate in Bytom is reaching 21%, as a result of the 1990s “restructuring” of the coal sector.

Leaders of the miners’ unions declared that if an agreement is not reached with the unionists by January 20, miners would be joined on strike by workers from the railway, energy and postal sectors. Regional unions univocally declared readiness to go on general strike should the situation escalate.

The opinion polls show that the miners’ strike is backed by 68,5% of Poles.

The Closure of the 4 mines will result in the loss of 5000 jobs in the region where the coal industry is the largest employer with a decisive influence on the local economy. Additionally, as every job in a pit generates up to three jobs in sectors and regions linked, there is a justifiable fear that the whole region may lose up to 20,000 jobs.

The closure of the 4 mines will result in the loss of 5000 jobs in the region where the coal industry is the largest employer with a decisive influence on the local economy.

Today it seems quite obvious that the governmental proposal is a method of paving a way to the privatisation of mines in Brzeszcze, Bytom, Ruda Śląska and Gliwice. Universal Energy, a company owned by one of the wealthiest Polish businessmen, Krzysztof Domarecki, has already made an offer to buy three out of four pits that are to be closed. Another Polish millionaire, Jan Kulczyk, is making great profits importing coal from Russia through a transshipment terminal in Braniewo, a bordertown near Kaliningrad Oblast.

Basically, it is the UK’s ’84 all over again. Silesia is one of the last remaining embers of resistance, and the mining industry is probably the most unionized trade sector in Poland. We call for support with Polish miners who keep fighting for their lives and the well-being of their communities that are threatened by the government plans.