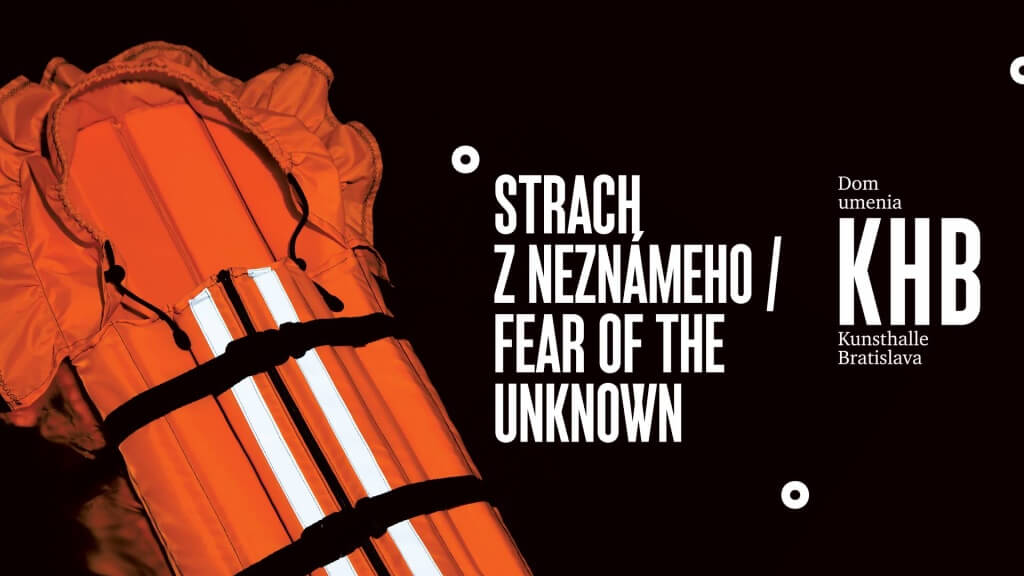 Dom umenia/Kunsthalle Bratislava offers a fresh glimpse at the heated topic of the refugee crisis. In the center of a country plagued by deep hatred and refusal of the very idea of offering even temporary refuge to Syrians, the exhibition “Fear of the unknown” is an attempt to humanize them, to give these people individual faces, stories and grievances.

The curator Lenka Kukurová has brought together an impressive body of work of regional and international artists. In her own words, the phenomenon of fearing the unknown, which appears in the title of the exhibition, determines, to a large extent, the form of public discussion in Slovakia and Eastern Europe. The topic of other cultures or religions remains quite distant to our everyday lives. It is not experience that contributes to tensions within society, but rather reproduced images and statements. As a result, we often do not relate to those who come to Europe in distress as genuine “unknowns”, but rather as representatives of a particular group.

Art provides a platform through which it is possible to raise fundamental social topics on a symbolic level without any black and white polarization. Even though the artists are not experts on the refugee issue they express their personal feelings and opinions and confront them with those of the audience. The aim of this art exhibition is a dialogue between people. Art enables us to avoid a simplification limited to “the good” and “the bad” and to focus on imagination and visions. The exhibition can be a place where everyone can speak without anyone winning the debate. It provides a rare possibility of meetings and communication and tries to contribute to the transformation of “the unknown” into “the known”.

Many of the exhibited pieces are engaged: they carry a humanistic appeal, a political and critical message, in the best tradition of engaged art. Refugees are not only a distant idea here, they are not just represented, they are present. Dialogues on their daily lives in Slovak detention centersa and stories of the obstacles during their journey are some of the central leitmotivs of the exhibition.

The idea itself is certainly worthy of applause. The fears of Central Europe, articulated under threats of “invasion”, “loss of cultural identity” or direct “anihilation of our lands”, are all-pervasive. Can this exhibition bring a piece of a more human counter-narrative? That, unfortunately, may prove unlikely. The exhibition takes place in the capital, not targeting the layers of society traditionally distanced from cultural hubs and cultural experiences at large. Furthemore, its understanding of the “fear” instigated among Central Europeans is limited. It is not only the fear of the unknown that haunts them; it is mainly the anger over the state-of-the-affairs in the country, the anger over the socio-economic situation that fuels the hatred towards refugees. The exhibition thus faces the hard task of overcoming the barrier of non-communication with people who do not want to communicate.