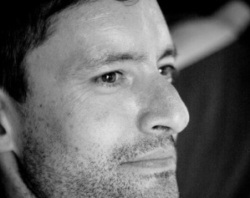 “The Idea Camp is a miniature ‘pop-up city’ in itself, facilitating face-to-face interactions, and enabling the speedy sharing of ideas and contacts. All the ideas came out of the Idea Camp stronger than when they went in, and we were able to help each other.”

Why is air pollution such a significant issue in Liverpool and why did you decide to start this project to raise awareness of the problem?

It’s a European issue: the air people breathe in London and Paris, for example, is particularly badly polluted, and both cities are beginning to take some serious measures: an ultra-low emission zone is planned for London, and the Mayor of Paris, Anne Hidalgo, has floated the idea of banning diesel cars from the French capital.

The situation in Liverpool is more complicated. It is not as polluted as either London or Paris, but it remains one of the poorest cities in Europe, and deprivation brings with it a number of health challenges. Liverpool has very high rates of lung cancer and coronary heart disease, and air pollution is a known risk factor in both of these illnesses.

To be specific, both Nitrogen Dioxide and Particulate Matter are highly toxic to humans. In Liverpool, levels of Nitrogen Dioxide breached EU safety guidelines at 86% of monitoring locations in 2011 (from the latest ratified dataset). Meanwhile, Public Health England has estimate that lifetime exposure to Particulate Matter caused the deaths of 239 people in Liverpool in 2010, with an estimated 2,440 years of human life lost.

You talk about the need to make the invisible visible, and air quality being an ‘invisible public health emergency’. How can culture and in this case participatory public art work, help to bring this emergency to wider public attention and make it a subject of regulatory or preventative action by government and environmental agencies?

Clean air in cities is not something we are going to achieve without public engagement. Everybody needs to be involved: commuters need to get out of their cars – and walk, or cycle, or take public transport; parents need to switch of their engines while waiting to pick up their kids from school; residents need to insist that councils and government put in the resources to keep the air clean where they live.

In this respect, if we want to breathe clean air in cities, we need to reach as many people as possible, and art and culture are the best way to do this. Liverpool has a very strong tradition of street art and a truly radical artistic ethos, and we want to build on this.

What has the response to your call for participants been?

Excellent. We have our 5 artists and are building bridges with scientists and academics. We’re also very grateful for the support we’ve had from other organisations: the Granada Foundation in Manchester and Arts Council England have both contributed funding to the project, in addition to the European Cultural Foundation Research & Development grant.

You have distributed air quality monitors – ‘eggs’ – to local people so that they can measure the quality of the air themselves. Why is it important for local people to monitor their own air quality?

Actually, we waited for the Air Quality Egg Mark II to be released, a much-improved bit of kit (available from Wicked Device), with it’s own Wifi and greater accuracy. We are now trying to incorporate the Eggs into the public art works, which is going to take another few weeks. We want the project to be as coherent as possible.

Personal monitoring is the way forward, however: it’s the only way to educate yourself about the risks, and to be certain. For example, local councils monitor levels of Nitrogen Dioxide at about 3 metres above the ground, but nobody is actually that tall. When you monitor pollution levels at push-chair or buggy height (child height) you sometimes find that pollution levels are 30% higher than at the official measuring point.

What do you hope the legacy of the project will be, and how do you hope to influence policy at a local, city level or even beyond that?

My research has suggested 5 Ways to Clean Air, and the acronym is PLACE.

My hope is that we can use our public artworks to share the 5 Ways to Clean Air as widely as possible: locally, nationally and internationally.

How did ECF’s Idea Camp and the R&D grant you received contribute to your work and how have they helped you to develop the idea?

The Idea Camp is a miniature ‘pop-up city’ in itself, facilitating face-to-face interactions, and enabling the speedy sharing of ideas and contacts. All the ideas came out of the Idea Camp stronger than when they went in, and we were able to help each other. As a result of the Idea Camp, for example, we are bringing Kasia Ozga’s Switch Stance to Liverpool.

The R&D grant has been essential in that it has enabled us to develop expertise, and to bring in additional “match” funders. For example, our blog atliverpoolair.tumblr.com would have been impossible to research without the R&D grant. If you’re on Tumblr, please do follow our blog, or follow us on Twitter@LiverpoolAir.

For more information about the project, please contact Matthew.