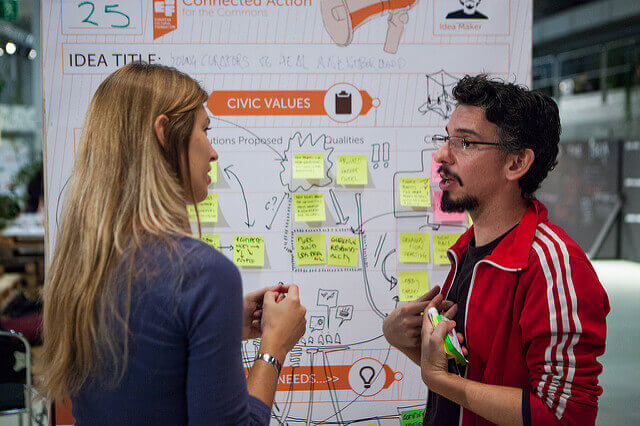 The talk is in Spanish, English subtitles are available.

This talk was given at a TEDx event using the TED conference format but independently organized by a local community. Learn more at http://ted.com/tedx

See also an interview with Juan during the 2015 Idea Camp in Botkyrka (S)  – for which he had received an R&D grant – explaining about his idea Young curators to heal a neighbourhood :

The idea is to empower local young people by helping them to become curators of cultural events in their own neighbourhoods. Juan will undertake research, learning from a range of other international projects, to develop a toolkit and guidance so that the ‘autobarrios’ methodology can be adopted in other European cities.