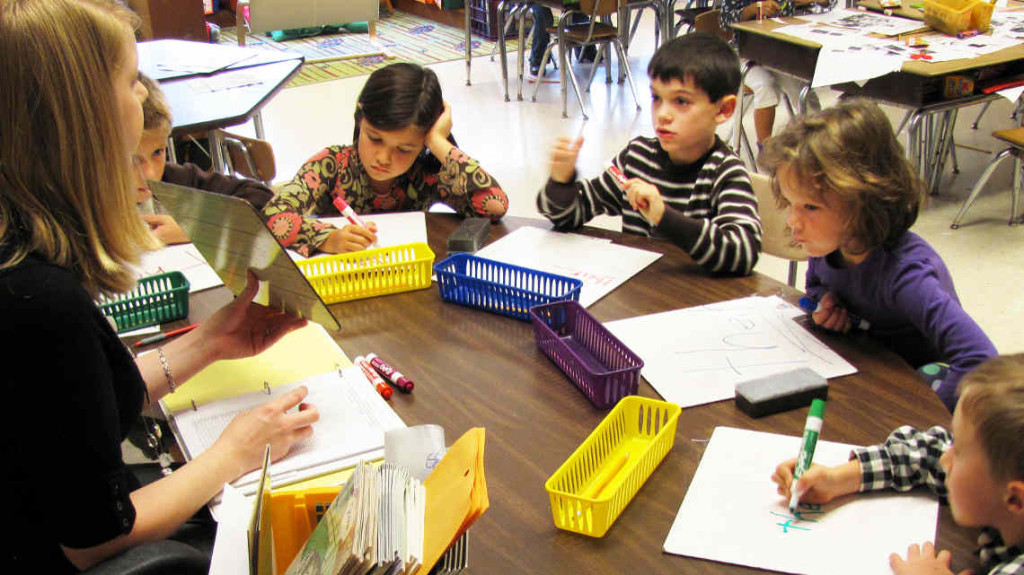 [dropcap]L[/dropcap]et’s start with the issue beyond discussion, by which I mean the double standard in perceiving gender: yes, features and behaviors that are considered positive in men, in women are unfavorable. Yes, it is just like a distorting mirror: a loud, strong, confident, domineering guy, who generally takes up a lot of space, will be treated with respect. A similar woman will become a witch, a cold-hearted bitch, a mean hag. Why is she being a smart-ass, who let her boss other people around like that, can she really do anything, and make her shut up, for god’s sake.

This is why the #banbossy campaign, commented on by Agnieszka Wiśniewska, is right and necessary. If you are not convinced by Beyoncé, take a look at the advice for girls and their parents, which should serve as the ABCs in every home, school, preschool, cultural center and extracurricular class. I immediately followed one piece of the advice there, and wrote this text before I thought everything out profoundly, before I read all books available on this topic, and before I decided that I have the right to say anything out loud.

Now, I want to talk about doubt. My doubts are not about the very core of this campaign. I am thinking more about the margins and far-reaching consequences of a certain way of thinking, which is to some extent inscribed in encouraging young girls to be leaders from a very young age – and claiming that that’s what feminism is.

First, power is sometimes not cool. Power is deciding, in the most palpable of ways, about the lives of other people. If you are a woman CEO or a woman board member, you let employees go, pay them the minimal wage or refuse them a raise, because of “the economy”. If you are a woman prime minister, you restructure, you commercialize and you maximize, not looking at the cost. I think many women reject managerial positions, because they always have this somewhere at the back of their head. They prefer to be on the sidelines. An those that I know, and who perform these roles, are so-so at coping with this. You can see that it is making them uncomfortable.

Second, power is sometimes not cool especially in the world that we live in. If we encourage girls to just „be a businesswoman”, „be a member of parliament”, “be president”, we confirm the status quo. And the question what leadership can really be keeps slipping away. Can leadership be something other than a rat race, than climbing the steps of social hierarchy, than utilizing your skills and talent to cozy up at the best position possible? Because we “deserve it”? My answer is: yes, yes it can.

I am looking at girl leaders from cultural centers for children and youth. At those from trade unions and food co-ops; at those who fight for participatory budgeting, cyclist-friendly urban spaces and lower prices for public transport tickets. Those who don’t want a mink farm in their powiat [county]. Those who set up Book Clubs in libraries. It’s about another kind of ambition, a different management style, intended for someone else, using some other methods.[quote align=’left’]Can leadership be something other than a rat race, than climbing the steps of social hierarchy, than utilizing your skills and talent to cozy up at the best position possible? Because we “deserve it”? My answer is: yes, yes it can.[/quote]

Third: if I had a daughter, could she want to be a nurse? A teacher? Will such a life choice be “Lean In” enough? I wanted to be a teacher. Seriously. Certainly, these professions are female-dominated, because they are underpaid, and they are underpaid, because the are female-dominated. Sure, it is the patriarchal culture which tells us that we should do what we are supposedly predestined to do, which is nurture others, nurse them and build relationships with them. But I chose to study Polish, and afterwards I taught at a school for two years. And it was fun. I was creating something with other people, something immaterial, something that did not generate any profits, something which did not stem from my maternal instinct, because I have none, but was important and necessary. I think it was objectively valuable. I am not sure if my television appearances are.

Fourth, I have the impression that there is a thin line between demanding acceptance for women in power, to which I fully subscribe, and demanding from the whole world “that it likes you”, “that you are loved”, which I detest. I do not mean any “natural” behavior here, of course; I am talking about the gendered mask of warmth, goodness, restraint and moderation, which women put on in anticipation that everyone around them will tell them that they are cool, whatever they are doing. The mask not only doesn’t let them show anger and hatred, irony and sarcasm, indifference and authority – all of the “unladylike” features, but also it has nothing to do with real empathy, attentiveness to the voices of others and understanding for their feelings and needs. I see it somewhere in the background of #banbossy: why do you actually need to be liked?

I am looking at some women in the campaign, and the whole thing seems like an alibi for them. So that we do not all of a sudden ask the COO of Facebook, Sheryl Sandberg, what the real position of women in the Silicon Valley is. Or Jennifer Garner why she earns such an absurdly large sum in comparison to millions of other women. Or Condoleezza Rice what she used her power for when she worked in the Bush administration. I think that they want to play fairy godmothers now and I am supposed to prudently applaud them.

To conclude, I want to return to Beyoncé and Kelis, whose music video Agnieszka Wiśniewska calls “terrible”. Yes, it is terrible. And Kelis herself is terrible: annoying, loud, obnoxious and arrogant. And a whore, at that. The complete opposite of the monstrous dove Beyoncé, who has achieved everything she could in her life, and remained a Mother Teresa in spite of it. And a feminist! But I can’t make myself love her. Well, I guess I’m bossy.