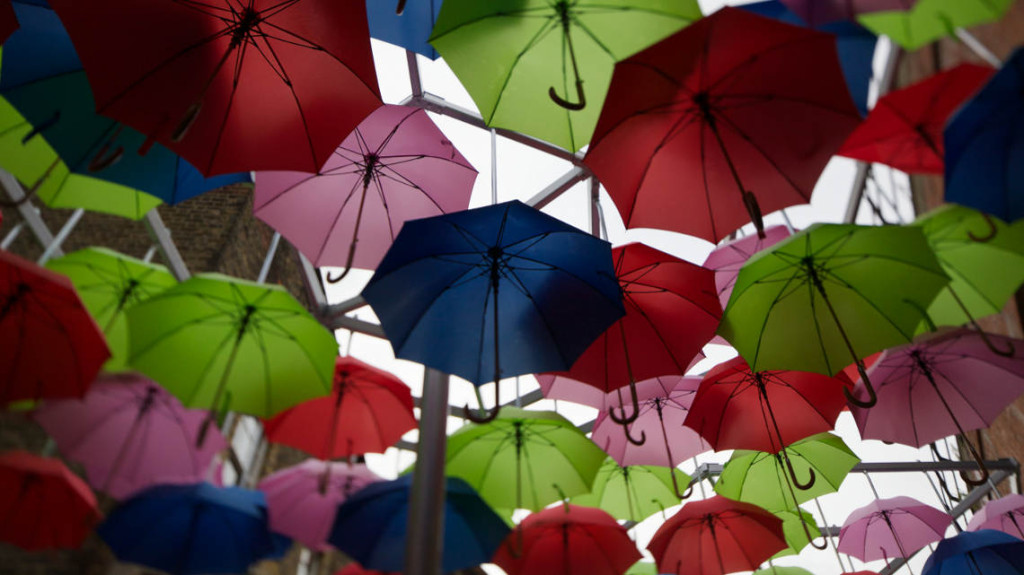 [dropcap]I[/dropcap]t’s about another kind of ambition, a different management style, intended for someone else, using some other methods” – wrote Magdalena Błędowska in response to the #banbossy campaign, subsequently giving examples of women involved in social and urban movements, or working with children.

[quote align=’left’]You don’t have to be bossy to lead others wisely[/quote]Exactly. You don’t have to be bossy to lead others wisely, to set an example. Instead of ruling and domination, today we need to cooperate more, we need mutual trust, and the division of labor. For each woman or man president there is a number of male and female citizens who don’t need to be bossy. Moreover, they don’t even want to be managed in ways that uphold hierarchy. Mother Teresa is not the necessary counterweight to the female boss; there are much less evident figures on the scale from fairy godmother to sadistic headmistress.

However, it’s not a coincidence that girls say “rather/perhaps” and boys say “yes/no” more frequently. It is confirmed by a variety of surveys, starting from elementary school. But a firm “yes/no” may prove inadequate in some situations, and doesn’t always come in handy when working with people, even ones with a higher standing.

It is worth coming back to the naïve question: what kind of world would we want to live in?

First: in a world of different ambition

Setting: a journalism workshop for high schools in Bielsk. First emails are coming in with proposals of stories for youth newspaper articles. The girls’ emails are lengthier, with more question marks: “I’m sending you two topics, one of them might be okay”, “I don’t think it’s a good idea yet”. The texts come in on time. Their topics mostly local, although the girls are well-read, they know a lot. At first they specify: why something is happening, for whom this is done, how to change that. Only later does a broader context appear. The boys work differently: a quick, confident message. They might consider my opinion, “but only if it’s constructive criticism”.

I am not embellishing the story, nor would I like to reinforce the conviction that all boys are bossy and like taking risks, which is completely untrue. The behavior of those particular boys and girls is above all related to the cultural capital that they have received in their homes. But it is not all coincidence when the boys seems to be more daring and knowledgeable, even during a regular, casual workshop.

But getting on to the little picture in which I live, to the world in which I would like to live: perhaps doubt is valuable?

Perhaps too often we require the overrated self-confidence, no matter whether someone is right or not? Personally, I like to hesitate, instead of hearing someone say “good job” and “well done”.

Second: in the world where you manage differently and for someone else

Setting: a conference for several dozen organizations in Poland that deal with cultural education and new media. Marysia is receiving an important honor for her incredible work which she does – she helps develop an action plan, consults project budgets and advises on content-related issues. Everyone knows her well and they keep in touch, mainly by phone and email, since she needs to contact almost fifty organizations, but nevertheless some people are asking: which one is the Marysia? She is apparently the boss, and she should be noticeable right away. She should be the controller giving ordes. But Marysia holds her meetings like a dance leader; she would rather organize everyone around her so that they feel good.

Would you feel more comfortable and safer with such a boss at your workplace?

It doesn’t at all mean that I am imagining a world without people who feel great as leaders, the noticeable, the commanding. Indeed, it bugs me that more often, it’s men. I’m not trying to praise “the invisible women” either, the ones who nod their heads when men are demonstrating to them how their successes are accidental, or how it’s delusions of grandeur when the women demand the same rights as men. But we’re still talking about a kind of battle of the sexes. I see directions of leadership and management other that rivalry.

[quote align=’left’]We really don’t need to be bossy to be important.[/quote]I am reading the recent statements of Katarzyna Bratkowska and Kaja Malanowska, which have been called fundamentalist, and I don’t see a shadow of violence and domination in their reactions/appeals. On the other hand, the comments of their opponents are perfect examples of rivalry, and the establishment of hierarchy. When they got up the courage to say what they really think, without putting on the mask of the successful woman, they get the classic treatment: go and learn, woman, put yourself together, stop crying. These are the methods of rivals, not cooperators. If you happen to be a woman with a voice, you can only display success and domination. No emotion, no complaints, no sharing your feeling of impotence.

We really don’t need to be bossy to be important.

Anna Studnicka-Cieplak
Student of Pedagogy at the University of Silesia, specializing in cultural education, education policy, and new media. Since 2009, she coordinates animation and educational projects for children and youth at the Political Critique Cultural Center in Cieszyn.
> see other articles <