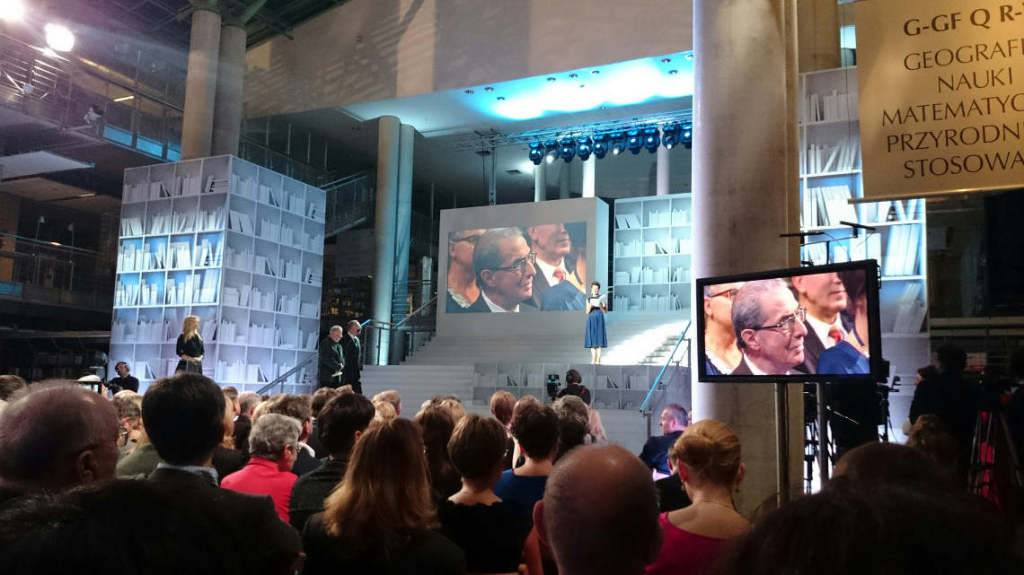 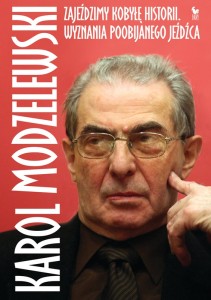 [dropcap]A[/dropcap]ll through the ups and downs of my life, the national bond has been to me a significant axis of reference: without it, I would not have been able to make sense of what I lived through in any meaningful way. I have a well-earned reputation as a man of the Left. Young people of leftist sympathies, centred around Krytyka Polityczna, as well as those who feel stronger affinity with the anarchist tradition, enjoy talking to me, and they even listen carefully to what I’m saying. They are well-mannered and tactful, so they do their best to conceal their embarrassment at me using the word nation in conservation. In their opinion it is a conservative phantasm, an archaic spell with no real object, to be shunned by a clever man of the Left (they evidently see me as one).

[quote align=’left’]According to my professional knowledge, nations have not existed since day one, which makes it legitimate to assume that they will not last forever.[/quote]A similar view on the category of nation, though without leftist authority figures to fall back on, is shared by the ultramodern among the Europeans, and professors of economics who have discovered that global capitalism is God’s thousand-year kingdom on Earth, and who live off preaching their revelation to the lay folk. I am not going to argue with professors of economics, since exchanging views is not the usual stock of their trade. To European modernisers, and to young leftists in particular, however, I must talk, regardless of what they will choose to make of my opinions.

According to my professional knowledge, nations have not existed since day one, which makes it legitimate to assume that they will not last forever. I myself did research into communities smaller than nations, to which historians and anthropologists like to refer as tribes. I am aware of how important for their cohesion was the symbol of territory (“our land”) and the myth of kinship understood as a bond linking members of the tribe: to one another, to the tribal king (if any), and to the divine protector of the tribe, imagined as a natural or adoptive forefather of the people. Archetypes of tribal mythology were long-lived, and would survive in the national collective consciousness well into the 19th and 20th centuries, suffice it to mention their echoes in Maria Konopnicka’s poem “Rota” (“The Oath”), and the typical way to speak about a civil war in the Polish language as a ‘fratricidal conflict.’

[quote align=’left’]The impending end of nations, augured by European postmodernist thinkers, is not a prognosis based on solid historical, sociological or economic knowledge – rather, it is a typical prophecy.[/quote]The political organisation of tribes in Europe was destroyed by states. The Christian monarchy could not co-exist with structures that threatened to explode its unity. What is more, tribes were the nests of heathen cults. We are unable, however, to determine the exact shape and length of the process of uprooting the original tribal bonds. The national bond – an ethnic correlate of the medieval statehood – would evolve extremely slowly, although it had its early beginnings in the circles of political elites. Among historians and sociologists alike, the opinion is widespread that the modern nation – in which the sense of community of all those who consider themselves as children of the same fatherland overrides class and political divisions – developed once the feudal class barriers had been abolished, so at the end of the 18th and in the 19th century. What about nation after modernity?

The impending end of nations, augured by European postmodernist thinkers, is not a prognosis based on solid historical, sociological or economic knowledge – rather, it is a typical prophecy. Let them trust who will; I for one am sceptical. Advocates of this prophecy point out that globalisation deprives national states of their instruments of control over their capitalist economies, and, as a result, it erodes the foundations of the 20th-century welfare state. A pertinent observation, it does not implicate the dusk of nations, which are not a product of Keynesian prescriptions of interventionist policies.

My advice to my leftist and euro-enthusiastic friends, so eager to embrace the faith in the impending expiry of nation, would be that they be careful. The collapse of the Soviet Union, and the collapse of Yugoslavia soon thereafter, are proofs of the enormous vitality of national communities, emotions and conflicts. No one in their right mind is going to claim that Ukraine divorced Russia, or Bosnia divorced Serbia for reasons of economic benefits. It was rather the other way round. Ethnic cleansings in the Balkans or the bloodbaths in Chechnya are, no doubt, tragedies, crimes, humanitarian disasters, but we do not posit that national awareness is only a source of misfortunes. In our relatively peaceful country, columnists of all orientations bemoan the “Polish-Polish war” and repeatedly appeal to political parties, urging them to renounce the kind of rhetoric that severs the bonds that unite and should unite us above divisions, though divisions are, by the way, part and parcel of democracy. These bonds, to which we refer when we are afraid of the disintegration of society and the destruction of state, have a decidedly national dimension. Lech Wałęsa and Mieczysław Jagielski, while signing the Gdańsk Agreement, spoke of “getting on like a Pole with a Pole.” Of course, it was a platitude, and what followed put its proposition to an extremely difficult test, but I cannot agree that it did not summarise the attitudes on either side of the barricade, or that it did nothing to help ease the violence of the conflicts – even during the martial law.

After the collapse of the Soviet Union and the triumphs of globalisation, the world became less predictable than it had been in the second half of the 20th century. Gone is the bipolar deal administrated by the superpowers who controlled their respective zone of influence, tolerating no conflict they would not have been able to keep in check. The global financial capital has broken free of state control, even in the most powerful states, and speculations are destabilising the economy in the USA and Europe. Added the doctrinally-grounded deregulation and the crisis of social politics, it has marked everyday life in the so-far affluent countries with a dramatic uncertainty and new social tensions. This is all true, but nation is not an economic category. Economic turmoil is not bound to make nations disappear. They existed before Keynes and they will continue to exist after Friedman. Their lives will not go on forever, but their end does not seem to me to be immediately at hand; the dusk may be a long one: it may outlive me, or even the young Warsaw anarchists and their children yet to be born.

[quote align=’left’]A challenge against the global financial capital may be ventured by a sufficiently strong group of national states. In any event, it requires a far closer integration of political and fiscal instruments, which cannot be done if no agreement between European nations has been reached.[/quote]I am taking the liberty to point to such clichés, because at times of turmoil and insecurity national communities may have an important role to play. Firstly, populism has been on the rise these days, and wherever it gains power, it seeks to effect the nationalist model of warding off globalisation: it recurs to protectionism, piling up ramparts around its national economy, introducing strict state control over banks. It is a coherent reaction, though its chances of success are fairly limited, since no national state (especially not one as small as Hungary) can prevail, all alone, against the power of the global capital. All the same, there are such attempts and they may continue to be made, and then, of course, with a reference to the national community.

Secondly, a challenge against the global financial capital may be ventured by a sufficiently strong group of national states. It is (or may be), in essence, the rationale of the European project. Can the European Union make it? Honestly, I don’t know. In any event, it requires a far closer integration of political and fiscal instruments, which cannot be done if no agreement between European nations has been reached. Let us not forget that civil society and democracy exist only within national communities. No structures of European – much less global – democracy have so far been introduced and accepted.

[quote align=’left’]It is wiser not to claim there are no such animals, as long as there are some left. We ourselves are one, and as such we have to negotiate our path among the rest of the herd, preferably with our eyes open.[/quote]Thirdly, and finally, the futurologists may forecast that the globalisation of economy will likely be followed by a globalisation of politics. It is believed that this would allow us to bridle global capitalism, though democratic mechanisms or a democratic path for achieving this goal are nowhere in sight. History saw conflicts for world domination, and those were fought, as a rule, by means of armed forces. Unlike banks, armies and arsenals are still in the possession of national states.

Putting nations in their graves seems to me too rash, if not risky, as must be any attempt to charm reality. It is wiser not to claim there are no such animals, as long as there are some left. We ourselves are one, and as such we have to negotiate our path among the rest of the herd, preferably with our eyes open.

A fragment of Karol Modzelewski’s autobiography “Zajeździmy kobyłę historii. Wspomnienia poobijanego jeźdźca” (We’ll Ride the Mare of History Into the Ground: Confessions of a Bruised Rider), published by Iskry in 2013.

Karol Modzelewski
Polish historian, writer and professor. For his political activities in the Opposition he was more than once imprisoned in the Polish Peoples' Republic and during the strikes in 1980 he came up with the name Solidarność for the solidarity-movement.
> see other articles <