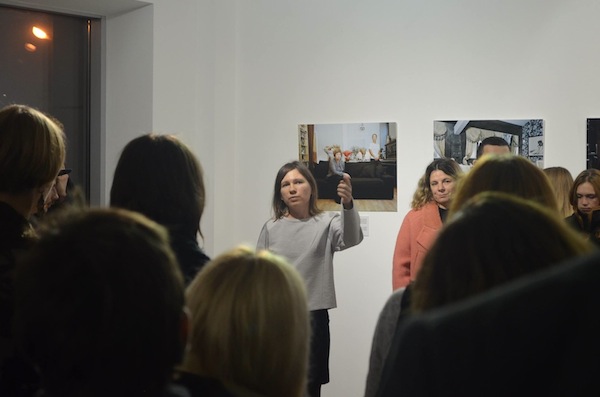 [dropcap]L[/dropcap]ockout* presents art projects that reveal hidden or invisible reality of labour as one of the most routine and important aspects of human life. After the collapse of the Soviet Union and transformations of the Eastern Bloc countries, all kinds of labour were significantly changed. The so-called free market, redistribution of property, economic crises, social security cuts – all the factors have enriched ones, while put others on the edge of survival. Ukraine, along with other post-socialist countries, turned into a cheap labour force market: in the eastern part of the county corruption established industrial feudalism, and the whole generation from the western Ukraine are seasonal workers in the EU. Labour, the means of survival, for our citizens often presents danger to life at the same time. Today, there is a social wound on the territory that is dragged into the war. The life has lost its importance and is not even worth a minimum living wage, because jobs, salaries, and pensions belong the peaceful past. [quote align=’right’]The role of an art work is to draw attention to the most important and painful issues and to articulate them for viewers.[/quote]

In such situation, art has to work as an open and public investigation. Evidence of injustice, unemployment, and poverty appear every day in the multitude of information flows and they are immediately displaced with advertising images of wealth. The role of an art work is to draw attention to the most important and painful issues and to articulate them for viewers. When the state does not provide adequate standards of living, things are not called by their proper names, and injustice illegally thrives, then a person with a camera or pencil becomes a witness who communicates the information. Every work in the project refers to a particular situation or event of labour, and their representations are between ruthless documentation and metaphorical image. We can see how local phenomena in Eastern Europe correspond to the problems of the neighbouring countries. Working with those who are expelled from the world of wealth, artists make them visible. And this can be a first step towards important changes.

*A lockout is a temporary work stoppage, or termination of wage payment, initiated by the employer during strike and labour dispute. Lockouts are illegal or strictly regulated in many countries, while in Ukraine they are not mentioned in any of the branches of law, which puts them in the range of events allowed without any restrictions. Not being legislated, a lockout attacks workers before they are ready to fight for their rights and transforms into abandoned mines, closed factories, lack of jobs, poverty, and social vulnerability. Literal meaning of the term is a metaphor of this hopeless situation of the closed door behind which there is possibility of dignified life.

Read more about the exhibition here.

Watch pictures of the exhibition here.

Exhibition is organised with financial support of:

Ministry of Culture and National Heritage of the Republic of Poland,
Stewart Mott Foundation,
Erste Stiftung