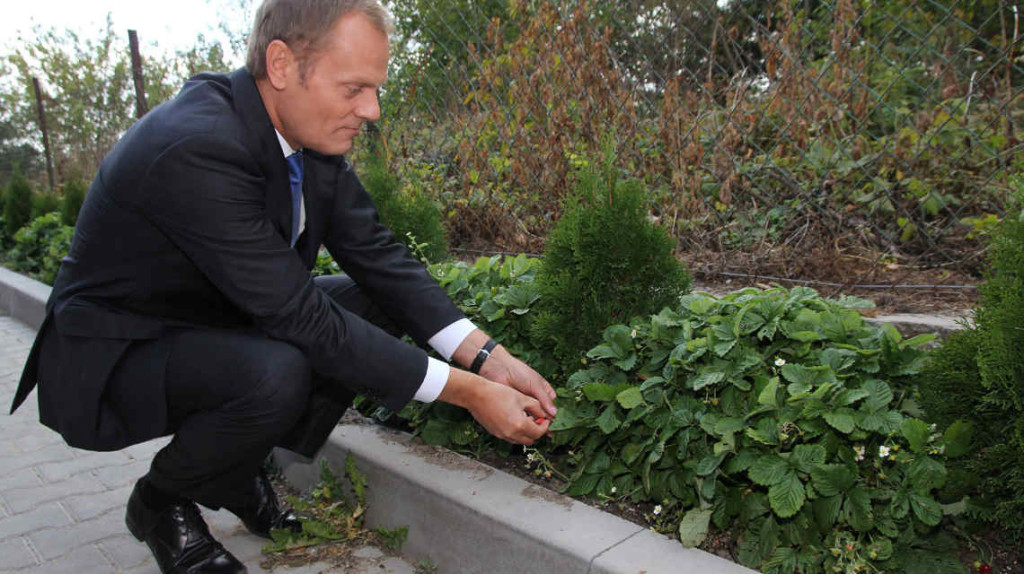 [dropcap]P[/dropcap]olish President may envy Donald Tusk the luxuries. The new seat of the Head of the European Council being currently built in Brussels for about 240 mln euro will probably outshine the grandeur of the Polish Belweder Palace whose glamour has stopped attracting the Prime Minister already in 2010 – the year, when he decided not to run for President of Poland. His remunaration may become subject of envy of the whole Polish politcal elite and entrepreneur. These issues will draw the attention of his adversaries posting their comments online; the ones in his favour – similarly to the most mainstream media – rejoice at the Poland’s success and congratulate the new “President of Europe” on the election. And they rightly do so, because for many years none of the Polish politics has been conceded such an, at least potentially, important position in such a critical moment of history. Particular anologies from the past should rather be forgotten, so as not to be pretentious or ridiculous – Donald Tusk is neither Karol Wojtyla, Polish head of the Vatican State nor Prince Adam Czartoryski, Polish Foreign Minister of the tsarist Russian Empire – yet we should think if his nomination to become the successor of Herman van Rompuy in the context of several essential decisions and political games influencing the future of the European Union will do us all good.

[quote align=’left’]The key fight for power in the next few years will arise between the European Council whose head is going to become Tusk and the European Parliament leaded by Martin Schulz. [/quote]In the next years several issues will be disputed: the balance of power and the realtions between the institutions of the EU, the formula of integration – more intergovernmental or more community-based – that would translate into the possibility of democratic control over the Brussels-Frankfurt system excercised by the citizens, the direction of politics oriented toward finding the way out of crisis for the “real” economy and the shape of EU as a security and defence community with the Russia-Ukraine conflict in the background.

The key fight for power in the next few years will arise between the European Council whose head is going to become Tusk and the European Parliament leaded by Martin Schulz. The stake is an impact on the real agenda of the European Commision – the decisions regarding common policies, common budget, common macroeconomic projects, level of public investments and maybe even despatching Leopard-tanks to Bialowieza (if needed) will be taken to the greater extent (because it is not a black and white game) by the heads of states and governments or by the MEPs chosen directly by Europe’s citizens. The first option (forced by Angela Merkel and e.g. David Cameron also) means de facto “the German Europe”. We may not all speak German then, but in the EU there will be more fiscal discipline and less redistribution between the stronger and the weaker, the mandate of the European Central Bank will be more like the Bundesbank mandate than like the American Federal Reserve’s one, unemployment will be handled rather by means of lower taxes than public investments, and the export (to the US?) will become a priority more important than stimulating the internal market. It sounds as a simplification, but not as deep as it may seem, as the mentioned views are dominating in the European Council among its members representing the elite of the countries of the so called North with Germany in the lead. Hollande’s France is not willing to take up any counterpunch, the Italian Prime Minister Matteo Renzi is also unlikely to evoke a social spring in Europe.

The second option – moving the centre of EU’s power towards the Parliament and its head Martin Schulz, even though among its members there are politicians representing the strong anti-European right – potentially creates an opportunity for more ‘demand-side’ aapproach as far as the economy is concerned, greater redistribution through the common EU’s purse (in the last seven-year perspective the Parliament asked for a greater budget than thr Council did) and in the future for making the Council a sort of European government under democratic control of the citizens instead the organs taking decisions behind the closed doors in Brussels.

The election of Jean Claude Juncker – against the expectations of the German chancellor and the British Prime Minister – for the head of the Commission meant a small victory of the supporters of the second option of EU’s evolution. The May-June confrontation was won by Martin Schulz as nominating a Luxembourg Christian Democrat for the position of the head of the European Commision did the Parliament good, against the plans of the leaders of Britain and Germany.

Undoubtedly, Merkel and Cameron count on regaining the field and moving the front back to the direction of the EU’s intergovernmental formula and see Donald Tusk as a recorder of the decisions imposed by the leaders form the North. Polish Prime Minister is suitable for this role as until now supporting German initatives (with certain discrepancies in the area of energy or defence policy) by Poland appeared as the most effective way of putting us in the position of a pillar for the “European North” and not “Eastern peripheries”. The negotiations concerning the long-term budget perspective conducted in the European Council have proved that Poland is able to get for this measurable profits such as big structural funds transfers. Various profits of this sort (and also the favour of Germany should any minor macroeconomic misdemeanors or excessive deficit in Poland etc. appear) be used by the Northern coalition as a bargaining chip motivating the new head of the European Council to actively force their agenda. What is more, the very “Northern” anticrisis agenda (austerity, fiscal discipline, internal devaluation, export-led growth) harmonizes with Tusk’s ‘hanseatic’ mentality, especially when the wealthy countries are willing to give to Poland some funds for the development of the infrastructure that would help us fix the pavements and sooth the pain evoked in the society by the waves of crisis.

What role – if not of a recorder of Angela Merkel’s ideas – could Donald Tusk play? He could start seriously considering himself as an agent not only handling the interests of various countries, but also negotiating among the Council, the Commission and the Parliament. Beside more progressive Schulz and middle-of-the-road, but realy pro-community oriented Juncker at the lead of these two institutions it would create an opportunity to move the EU slightly to the left. Despite the widespread notion about his alleged clumsiness, quite a clever diplomat, which Herman van Rompuy tried hard to play that role – but his attempts were stopped by the passivity of the most bland of the heads in the history of the Commission, Barroso and by the ‘anti-solidarity’ bias  of the German domestic debate in the electoral year. His succemost visible success was associated with the aforementioned budget negotiations.

I am sure that Donald Tusk will do his best to strenghten the foreign dimension of the EU’s policy – yet the problem is that his assets are limited.

Firstly, it is due to the fact that the condition for his candidacy was the nomination of the Italian representative for the position of the head of the EU’s diplomacy what in the context of the Eastern politics is one of the worst choices. Secondly, it is because the only Polish politician able to influence the European foreign policy agenda  – not thanks to the fluent English, but mostly thanks to the good connections among the opinion-forming elites of the continent, the British Isles and the US – remains in Poland. It is difficult to avoid the question if, coloquially speaking, trading off Tusk’s presidency in the Council for Sikorski’s leadership of the EU diplomacy would not be a better strategy.

Does Donald Tusk have a chance to become a European statesman as whom he is presented by the media? Is he going to get mesmerized by the palace chandelier or is he rather going to try to create some movement on a level deeper than the message of Polish news TV channels?