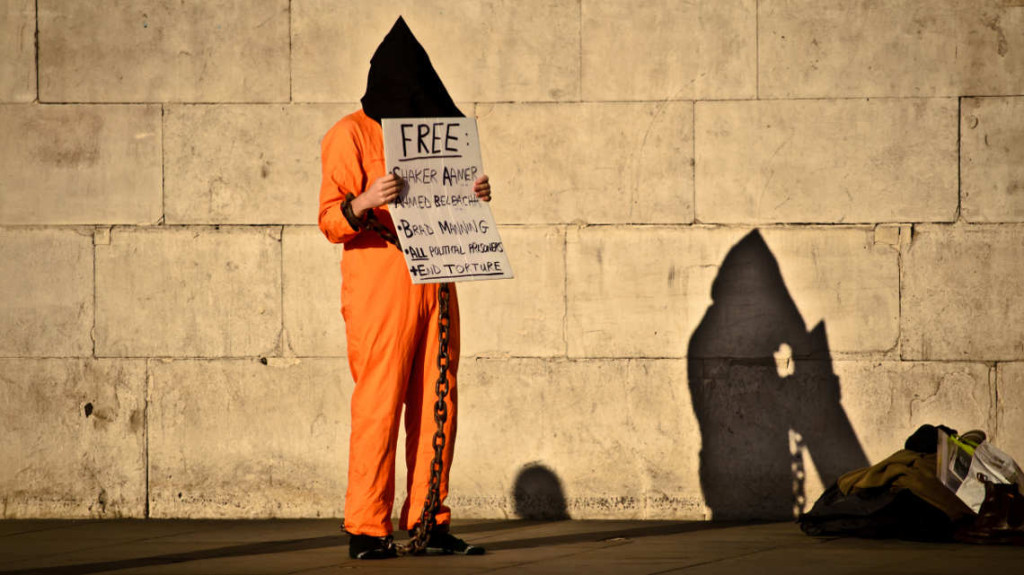 [quote align=’left’]For the first time after the fall of the communist regime, it has become clear that Poland has been a host to grave human rights violations and secret political police operations (which is what the CIA really is).[/quote][dropcap]O[/dropcap]n July 24, European Court for Human Rights (ECHR) ruled that Poland has to pay 230,000 euros ($307,366) compensation to two individuals whose human rights had been violated. Guantanamo detainees Zayn al-Abidin Muhammad Husayn (also known as Abu Zubaydah), and Abd al-Rahim al-Nashiri won a case against Poland, which, according to the court, failed to prevent their detention and torture at the CIA-operated Stare Kiejkuty prison, and to prosecute those responsible for it.

The court’s ruling sheds light on the CIA’s rendition programmes in Central Europe and establishes beyond doubt that Poland was one of its locations. The Polish government has not yet decided whether it would lodge an appeal. But for the Polish public, the sentence is clear and final.

For the first time after the fall of the communist regime, it has become clear that Poland has been a host to grave human rights violations and secret political police operations (which is what the CIA really is). It has dawned on us that the fundamental liberties and rule of laws that we worked so hard to establish have been flagrantly violated behind our backs.

For the first time, democratically elected officials have lied to us so unabashedly about important matters of state, such as war, and have acted so blatantly against the public interest and will.

With the secret CIA prison affair revealed, we have lost face in front of the international community as a democratic country committed to the rule of law and respect for human rights.

The carnival of lies

On November 2, 2005, The Washington Post published an article alleging that the CIA ran secret prisons in Central European countries where terrorism suspects were tortured. A few days later Human Rights Watch released information that Poland was among those host states. The revelation provoked public outrage internationally.

Top Polish officials, including former Prime Minister Leszek Miller and former President Aleksander Kwasniewski vehemently denied those reports. On November 7 the Parliamentary Assembly of the Council of Europe announced the formation of a commission to investigate the issue.

A year later, the commission published its findings which confirmed public suspicions of the existence of CIA facilities in Central European countries, including Poland. The European Parliament immediately initiated its own investigation which confirmed the council’s report.

Under domestic and international pressure, in 2008 Polish prosecutors launched an investigation into whether the government had breached the law by allowing the secret CIA prisons to operate and who and in what way should be held responsible. The investigation has not publicised any conclusions until now. Thus it is not surprising that the ECHR ruling accused Polish authorities of deliberate sluggishness in examining the case.

Consecutive Polish governments – the former communists under Miller’s leadership, rightists of Jaroslaw Kaczynski and Donald Tusk’s centrists – have persistently denied existence of secret CIA prisons on the territory of Poland.

We had to wait until 2012 for a Polish official to have a different position and at least partially acknowledge the truth. In an interview for Gazeta Wyborcza newspaper, ex-President Aleksander Kwasniewski acknowledged during the “war on terror” there was operational collaboration between the Polish and the US secret services and that Poland had temporarily lent the US some facilities on its territory. He claimed that Polish government had no knowledge of what the facilities were used for.

The reactions of Polish politicians at the ECHR ruling were predictable but – still – shocking. Miller, who was acting prime minister when the CIA opened its prisons on Polish territory, commented that the sentence was “unjust and immoral”, repeating that there has never been any CIA prisons in Poland. He added that it was unimaginable for him that Polish tax-payers will have to support world terrorism by paying compensation to the victims and accused ECHR members of cowardice and “buying themselves security” from terrorists.

Minister of Foreign Affairs Radoslaw Sikorski claimed that Poles had not tortured prisoners in Stare Kiejkuty and that we should be given credit for being the only country which has launched an investigation into the matter. His conclusion was that “it’s unfair to put Poland in the pillory” when talking about CIA operations during the “war on terror”.