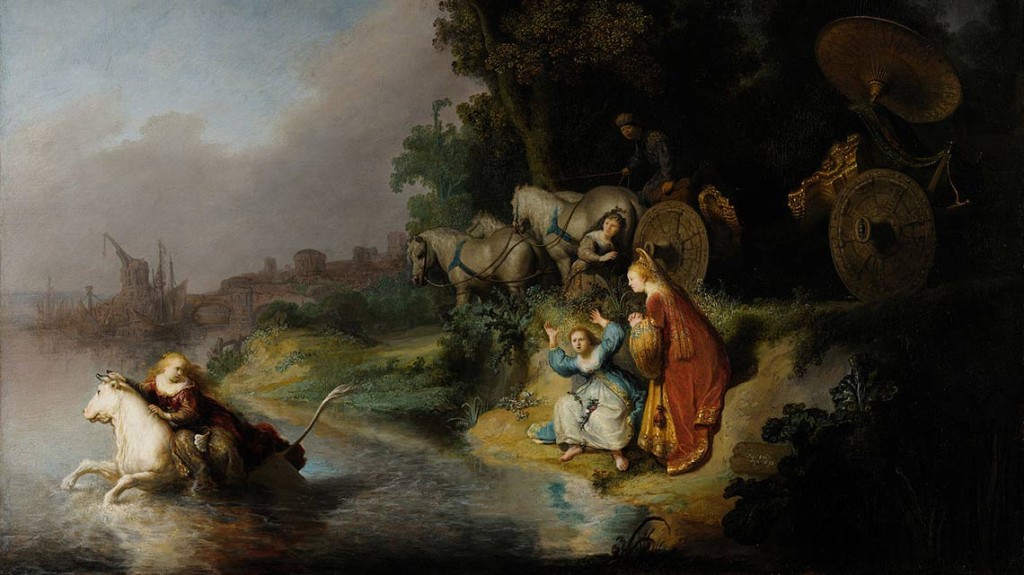 The Congress was intended to mark a turning point in the recent history of European and Mediterranean social movements: the closing the “revolutionary” period initiated by the Arab Spring, the events of 2011 in Spain, Greece and other Southern European countries, which experienced the most severe socio-political consequences of the economic crisis and were the arenas of the hottest civic struggles, and the opening of the period of formation of a pan-European coalition of “old” and “new” social movements, political and non-governmental organizations and public cultural institutions. This new coalition aims at a democratic and open Europe as an alternative to both the market-oriented technocratic vision of the EU advocated by the Troika and the anti-European trends associated with increasingly strong national tendencies.

The Congress set itself six objectives.

What does the “New abduction of Europe” Congress tell us about the situation on the continent after the tumultuous events of the past three years? First of all, the process of formation of new political strategies allowing mass social mobilizations in the name of democratic reform has come to an end. Strong new socio-political centres have emerged from the 2011-2014 “European Spring” period, such as the International Commission of 15 May Movement in Barcelona, Acampada Sol (Madrid Indignados group), Partido del Futuro (the Party of the Future founded by one of the factions of Spanish Movement), very active collectives like Occupy London or Occupy Frankfurt, and also a new type of cultural institutions like the Teatro Valle Occupato, a theatre in Rome governed by an assembly of workers, activists and the public, recognised as paradigmatic for new democratic cultural institutions.

The events of 2011 also garnered further support for previously existing organizations and movements. In Spain this went most of all to Plataforma de Afectados por la Hipoteca (Movement of Mortgage Victims – PAH), which transformed from a small association into massive socio-political organization due to the high incidence of evictions and housing issues in the occupied squares in 2011. In Greece one example is SYRIZA, a leftist party founded in 2004 that, following the protests, is now a serious candidate to take power in the country after the 2016 elections. The “European Spring” expanded the field of influence for groups such as the Italian Eccedi Sottrai Crea (ESC – founded as a student collective against the Bologna reforms which today is one of the most active players on the European map of social movements) or German Interventionistischen Linken (Interventionist Left – coalition of groups, organizations and associations assisted by the left-wing party Die Linke, established in 2005). The revolution of 2011 saw “new” and “old” social movements begin wide-ranging cooperation, which took on a permanent character through annual events such as the Agora99 meeting or the Blockupy Frankfurt protest action and also through communication infrastructure (web platforms and social networks) centred on the need to mobilize citizens and coordinate activities by the Occupy-like movements activists.

Even if social movements failed to fundamentally change European policy during this period, quite a lot has been achieved to disrupt its trajectory.

From increasing visibility in mainstream public debate of the problems caused by the economic and parliamentary crisis (e.g. unemployment, housing, social and labour rights, public services such as health, education and transport, ineffectiveness of democratic institutions), to the inclusion of the European Citizens’ Initiative legislation as an instrument for elevating the level of democratic participation, and the European Commission’s proposal for introducing a financial transaction tax in the EU, the events of 2011 have shifted the direction of social oriented economy and the reform of representative democracy.

One side effect of this shift is a change in the functions of the various sectors of the state and its institutional order. In recent years the “creative class” has evolved into an “engaged class”. Many of the activists who took the squares of European cities in 2011 were recruited among artists, cultural sector workers and creative industries workers who became precarious workers as a result of progressive economic collapse. In reaction to the freezing of state support for social activities and in relation to the enriched methods of political activity connected to the revolutions of 2011, public cultural institutions have taken the responsibility of serving socio-political actions through their infrastructure and financial support. Thus the Berlin Biennale in 2012, the creation of institutions based on the model of Teatro Valle Occupato, interventions in Warsaw’s CCA, and the formation of the network of L’Internationale. This trend is visible even in such a reputable and seemingly conservative institution as the Reina Sofia.

The most important achievement of the past three years, however, is the realization of participatory democracy practices.

The most important contribution of the new social movements to the agenda of the struggles for future Europe is the development of protocols for carrying out large-scale public consultation and collective decision-making assemblies. These protocols can become a basis for future system solutions on the continent. Participatory democracy as a further step of European political civilization seems to be the hope of all the representatives of different social and political entities present at the congress. The achievement of movements such as Occupy and the Indignados in this regard are appreciated not only among democratic activists but also among the leading scholars, with Manuel Castells at the forefront (as one can see in his recent book “Networks of Outrage and Hope: Social Movements in the Internet Age”).

The Madrid Congress initiated the formation of an international coalition of social movements, political and non-governmental groups, and cultural institutions, whose aim will be to establish a common organizational and institutional framework for the space of united action towards economic, social and political reforms of the European Union. During the Congress work began on the program of the coalition: the Charter for Europe. Its basic thesis will be developed in the next few weeks and afterwards opened to wide public consultation. As starting points for the Charter’s formulation, activists took reflections and practices formed these past years regarding such issues as citizenship (due to the growing problem of refugees and immigrants), the commons (due to the need to broaden the concepts of property beyond public and private), political representation (for the sake of the parliamentary crisis and the need to develop participatory democratic modes), the social economy (in response to the social defeat of the neoliberal option). All these issues are to compose a political manifesto for the future Europe, which will guide the coalition’s activities. The final shape of the Charter for Europe should be presented in May prior to the European parliamentary elections.

Although the congress centred around issues debated lively in southern and western Europe, organisations from the central and eastern part of the continent were also invited to participate. Among the guests were activists from Romania, Slovenia, Latvia, the Balkan countries, Ukraine and Poland. From “our” participation in the deliberations two conclusions emerged. First, we should strive for closer cooperation in the region to commonly develop positions on issues, which because of historical and cultural differences are not sufficiently present in the agenda of social movements coming from the southern and western parts of the continent (a lot of attention was devoted to including the nationalist threat as a relevant transnational issue). Second, our partners are determined to take into account to a greater extent the voice of the centre and the east; up to now they have identified Europe’s problems primarily as those of countries such as Spain, Greece, Portugal and Italy.

In order to practice European solidarity, Vasyl Cherepanyn was asked to speak, off the agenda. Cherepanyn is a Ukrainian activist of Political Critique who formulated an appeal to oppose the Russian aggression against his country. He was also a guest at a meeting concerning the situation in Ukraine, “Maidan: Reclaiming Europe”, organised by the Fundación de los Comunes and “Diagonal” magazine in the Patio Maravillas autonomous social centre in Madrid.

The Congress in Madrid can open a new chapter in the history of social movements and European Union policy. If we succeed in establishing an international coalition with ambitious goals and in finding effective tools to achieve them, then the strength, commitment, wisdom and experience of European pro-democratic activists, boosted by the social movements that emerged from the revolution of 2011, can become a serious challenge to the current policy forces in Europe.