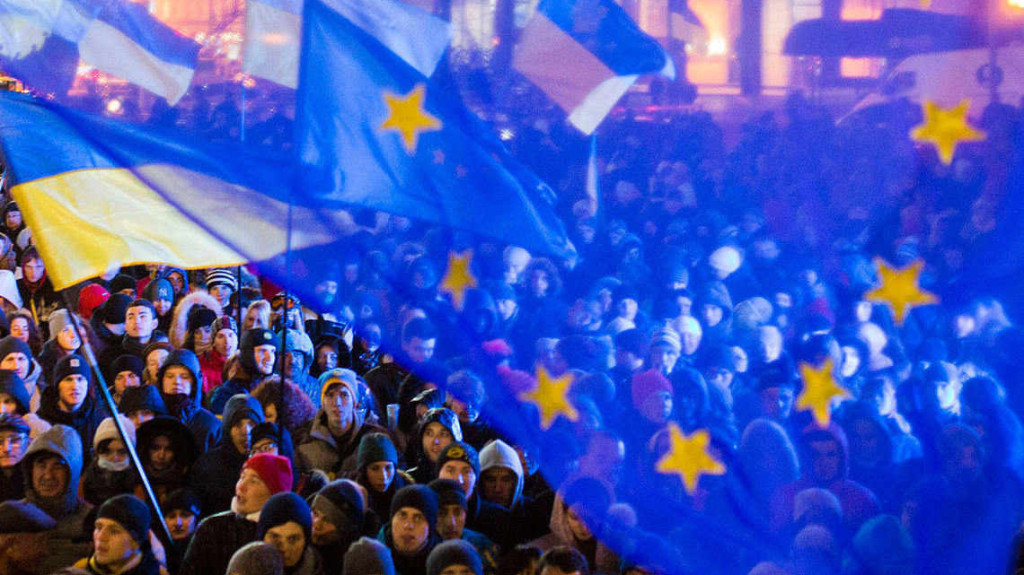 [dropcap]D[/dropcap]uring last months the Ukrainians on all squares were struggling for establishing democracy in their country. The protest called Maidan faced unprecedented police violence, repressions and terror organized by the state apparatus of Ukraine. The protesters were beaten, abducted, tortured, hundreds of them were killed by the special police forces, criminals and snipers. Millions of the Ukrainians raised against the corrupted oligarchic bloody regime of Yanukovych, which was supported by the Kremlin, and they won.

[quote align=’left’]The protesters were beaten, abducted, tortured, hundreds of them were killed by the special police forces, criminals and snipers. [/quote]This genuine emancipative peoples’ uprising was fundamentally European – the very idea of Europe was reclaimed on Maidan. Demos of Ukraine were fighting against neo-feudal oligarchy and proved to the whole world that the real democracy is alive today. New Europe was born on Maidan – Europe of solidarity, dignity, self-organization and freedom.

On the 1st of March 2014 the Russian authorities officially declared an armed invasion onto the Ukrainian territory. During last days the Russian troops intervened into the Crimea, blocking the airports, media, administrative buildings, settlements of the Ukrainian army and borders of Ukraine. We are observing now an armed counter-revolution as an answer to the Ukrainian democratic revolution, the Russian putsch conducted by the fascist Putin’s regime on the international scale.

We demand from the Russian authorities to stop the armed invasion into Ukraine and to withdraw the Russian troops from its territory! The right to define the future destiny of Ukraine belongs to its citizens!

Please spread this appeal as much as possible.