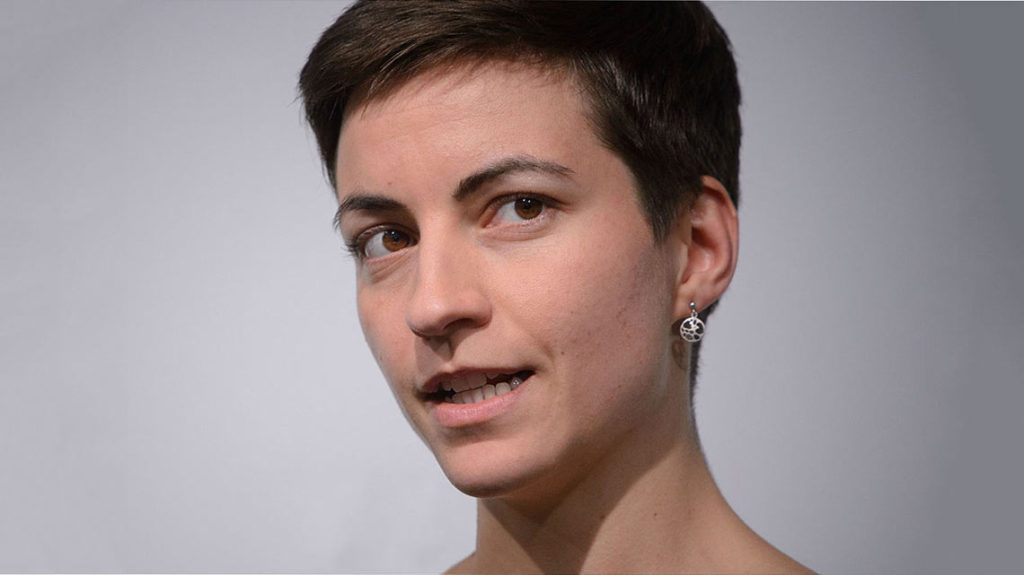 [mark]BOGUMIŁ KOLMASIAK:[/mark] In retrospect, how do you find your campaign for the position of the President of European Commission?

[mark]SKA KELLER:[/mark] I think the Spitzenkandidaten was generally a good idea to go ahead with it. It made the election campaigns more interesting and lively. And it made them more European. As la eading candidate of the Greens, I was campaigning in a dozen or so member states and more than 30 cities, together with Green parties from all over Europe. And what I’ve learned from this is that we are a very united party. We have lined up everywhere across Europe for the same issues and the same messages. This is what makes us Greens strong: That we do not say A in this country and Z in another country. We are united. If you vote Green, you get the same Green content everywhere in Europe. This was also a great experience as Spitzenkandidatin.

Does the result of Greens satisfy you?

I am very happy that the Greens in the European Parliament are now more European. The Greens/EFA group has now members from 17 countries which is more than ever before. We have now Green members from member states such as Hungary and Croatia – countries where, formerly, it had been difficulty for us to mobilize voters. Sure, we also lost voters in some of the member states. But overall the election strengthened rather than weakened us.

You won Greens nomination for the position of President of European Commission. But not so many people voted over the Internet. Do you think that the experiment with direct democracy was a good idea?

23 000 European participated in the Green primaries. Sure, we would love to see a higher turnout. But 23 000 is already something.

We Greens did not have the money for direct mailing or for cinema spots. We were four Green candidates campaigning online and in 10 European cities. I received a lot of positive feedback for the primaries.

The Green Party family has shown that it is innovative and open to new forms of participation and direct democracy.

I strongly belief that we should, in one way or another, continue in this direction.

The new Commission, led by Jean Claude Junkcer, focuses on jobs and growth. Is this vision convergent with green vision of Europe’s future?

[quote align=’right’]We have to stop austerity and we have to invest into sustainable jobs.[/quote]We outlined our own investment plan which is far more ambitious and far more Green. We want to invest 750 billion euros – more than double as much as Juncker. And we want to invest this money into a Green economy. Our objective is to stimulate social and green innovation, to create a green energy union (based on energy efficiency and renewable energy), and to generally reorient our economy. The plan should lead to increased purchasing power for citizens and improved sustainability of public finances. It should be used to address social exclusion and poverty and empower all citizens to play a dignified role in our society. Such an investment is essential to enable the economy to renew its potential and to stimulate the sustainable transformation of our economy.

You are one of the authors of Youth in Crisis manifesto? Can Europe stop the youth unemployment, social and economic exclusion of NEETs?


We have to stop austerity and we have to invest into sustainable jobs – jobs that will still be there in ten years and which are conducive to the future of our societies, such as the ecological modernization of the economy, education and the health system. With our Green investment plan we can create thousands of new jobs. But it is not just about creating jobs. It is equally important that we create fair working conditions and good social standards which would allow young people to live a decent life. Young people in particular are often struggling with miserable jobs, poor working conditions and a high risk of early dismissal. We also want to foster social entrepreneurship and innovative start-ups.

We reject the lopsided focus on austerity.

We need to invest in the future instead of cutting spending. Greens are fighting with all energy for a better future for young people in Europe.

Far right parties are still growing. Does Greens have an offer for frustrated people from labour class who often vote AfD, National Front in France or Wilders in Netherlands?

[quote align=’left’] We want a Europe that puts people and their well-being center-stage. [/quote]It is a problem that center-right parties are not consequently setting themselves apart from populist right-wing and right-wing parties. They sometimes even copy their racist slogans. For us this is very clearly not the way forward. But we are also not the ones who just swing the pro-European flag and say “Europe is great”. Yes, we are pro-European but we are fighting for a different Europe. We want a Europe that puts people and their well-being center-stage. We develop European economic and financial policies for the people, not just for banks and big business. We are fighting for Europe that takes people seriously. But we would never give up our core European values and achievements for the sake of pleasing right-wing populists. Limiting free movement in the EU – not with us!

[infobox title=’Are we really helping?’]More than 3,200,000 Syrians have fled their country because of the war. Read more[/infobox]


More people than ever are fleeing from war and prosecution. We have a devastating war in Syria. We have millions of Syrian refugees, most of which found shelter in neighbouring countries. And what is the EU doing? It is even more sealing off its borders. Both Bulgaria and Greece built a fence against Syrian refugees. In the Mediterranean, the Italian rescue operation, Mare Nostrum, was just “replaced” by a Frontex operation designed to stop the migration.

Everybody knows that most of the people who risk their lives in small and overcrowded boats are Syrian refugees or refugees from Eritrea, one of the world’s most oppressive regimes.

Instead of sealing off our borders, we have to create safe and legal ways for refugees to come to Europe. We need resettlement and family reunification programs. We need more generous visa policy for people in obvious need of protection.

Socialists and Christian Democrats in the European Parliament believe that TTIP will create new jobs and ensure economic development. Greens protest against this agreement. Do we need a massive protest similar to the one against ACTA?

We are working on it! [laugh] An EU-wide petition against TTIP just reached 1 billion signatures. That’s a great success. But, of course, it is still a long way from stopping TTIP. Yet, with all the support of activist and NGOs from all over Europe, I am optimistic that we have a real chance to win this fight against big business. For the people.

[infobox title=’Ska Keller’]is a German politician and Member of the European Parliament for the Alliance ’90/The Greens. Keller specializes in the issues of migration and the EU’s relations with Turkey.[/infobox]


The article was originally published in Polish on krytykapolityczna.pl